Commercial Skip is a nice feature even with though it seems to fail around 30% of the time. It would be nice to know what the causes of the failures but that is not the point of this post.

When playing a recording with successful Commercial Skip sections in yellow my Tablo seems to play right into the through the yellow section. This seems to occur randomly and infrequently. I have not been able to decern a pattern.

Is this behavior something that others have seen?

We’d like more information on this, would you be able to let us know what device you use to watch Tablo on?

This is on my Fire Stick 4k.

Right after I posted this yesterday, I encountered one of these cases. I did notice that the Commercial Skip algorithm seemed to have missed a small commercial before the longer yellow section displayed so the playback, properly based on the yellow sections, played the short commercial immediately before the commercial section but then did not skip over the dreaded yellow section. I have no idea if this observation is a clue or just a waste of electrons but thought it MIGHT help.

The vast majority of my OTA recording is on the tertiary channels, like MEtv, DECADES et al., that show the old shows. I suspect these channels provide a bigger challenge for the Commercial Skip algorithm. I am aware of the shows that are ‘exempt’ from the process.

I don’t recall that I have seen this behavior on the broadcasts from primary networks.

I don’t see this as a huge issue. It is a very minor annoyance.

Thanks - hope this is helpful.

Thank you, that is definitely helpful. And yes, some programs are exempt, but they will have a message in their description in the Recordings section telling you that, and they won’t have yellow segments.

If a recording has those segments, it means it was processed, and it should skip over them correctly. One main reason this sometimes might not happen is if playback was started too close to one of those segments, as the player needs a few seconds of runway to properly skip over the commercial, because we need to provide the option for people to watch commercials if they want to by navigating to them manually.

If you were just watching normally without manually fast forwarding or rewinding, then another possibility is very minor buffering causing a slight pause that is then interpreted the same way as the situation above.

If you are willing to try a small experiment, the next time you see this, try rewinding to at least a minute before the yellow commercial segment and wait to see if it again doesn’t skip over. Then try a different yellow segment on the same recording and see how that one does.

As it turns out, I watched another episode of the show, The Closer on WATCHTV, that triggered this thread. In doing so, I discover that the issue is almost certainly an algorithm issue and not a playback issue.

I assume the Commercial Break algorithm is biased toward leaving commercials in place (alpha errors) instead of skipping over actual content (beta errors). It seems far better to see an extra commercial or three rather missing the naught bits of a broadcast.

Below are photos of the program at each end of the yellow section being discussed: 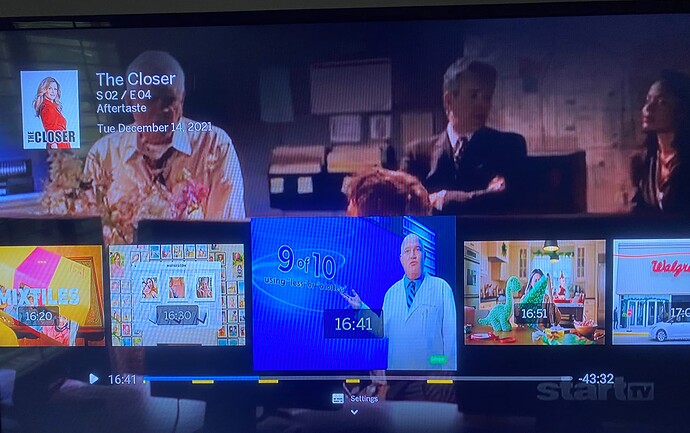 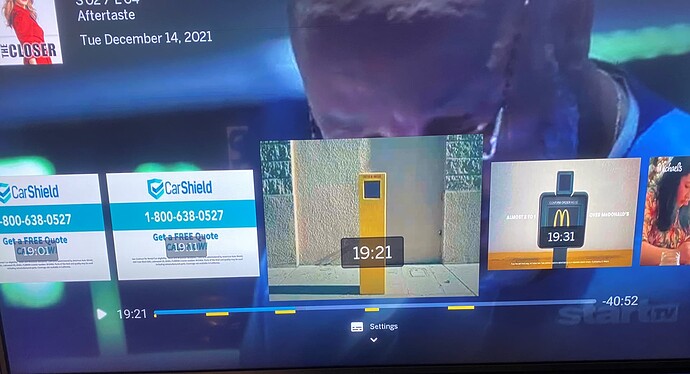