I have a question. I’ve been running my Tablo for about 15 months, it’s been a great solution for me. I have a 65in Vizio 4K TV and I have Tablo set to the highest level of recording. Shows look great, Football looks good. But when I watch NFL games the score on the bottom of the screen shows the team logos and they are all “pixely” like they are made out of tiny LEGO blocks. When I watch the straight antenna stream it doesn’t look this way. It’s mostly where logos are supposed to be Round but they are blocks and it looks off. Is there a fix for this? Is this just the way Tablo converts the video? Don’t notice it near as much on smaller TVs, so that’s good.

Not a huge deal, but every time I have company over people notice and ask me about it.

Love Tablo and I can live with it, just wondering if there is a fix.

Does it look ok on a PC? I ask because often times the picture enhancements (for tru-motion, smoothing or compression handling) on TVs need to be turned off. It’s possible one of those advanced features is getting in the way. On a PC, you likely won’t have that, so if it looks great there, it’s likely a TV setting.

Ok, cool. I will play around with those settings. Bummed I don’t have a game still saved, I will have to wait until I can record a game. Thanks! I’ll report what I find.

This could your recording setting as well. Try lowering and see if the problem persists.

I’m sorry to say this, because you got one, but a buddy of mine truly hated his Vizio for picture and screen quality. It may be attributable to the Vizio.

I assume you’ve searched the web for reviews and evaluations of that specific model of TV?

Try a game on a 720p channel, which will record at 720p 60 for at the recording quality you have set.

So let me clarify. When I stream the game from the ESPN app or Fox there is no issue. My TV looks great! No blocks. It’s only when I watch through the Tablo. And it’s not the actual game (game looks good) it’s only the score and logos that are put on the screen. I believe the CBS games are 1080i in my area and that is where I notice it the most. There was no issue watching baseball last night on Fox which is 720, so I think it may be the 1080i conversion. Thanks for the input. I will be trying to check all this stuff out during the Sunday’s games.

This is what it looks like. Dropping down to recoding to HD 720 5Mbps didn’t fix it either. I will try changing the TV settings.

It’s really strange too. Watching the half time show the logos look fine. It’s just on the bottom ticker or when a game is going and they have the score on the screen. 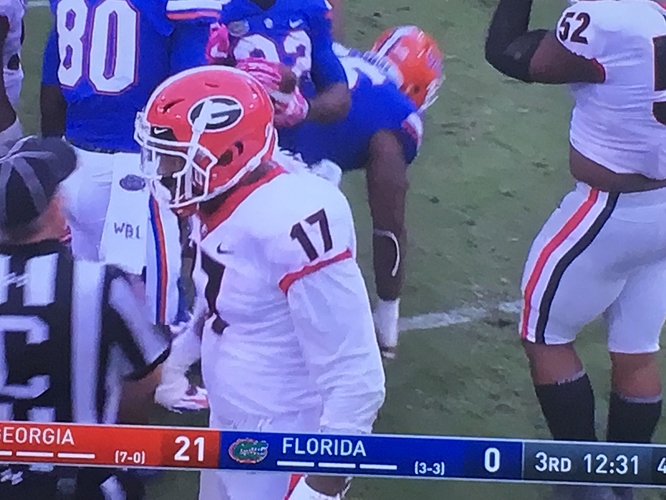 TV settings don’t fix it either. Here is an example of how the picture looks fine, but the logo looks like it’s made of little blocks. So weird.

Just my opinion, but there’s a ton of compression (possibly modification) artifacts on your screen. I don’t have this particular issue. Did you check it from a PC?

Yes I did. Looks the same on my computer screen. Just smaller.

Ok, one final update. I’m watching the halftime show on fox and seeing highlights from CBS. Those same logos that look bad on CBS look fine on Fox. They show game clips with the CBS scores on the screen and they look normal-no blocks. So I’m concluding that it’s my local CBS broadcast. It is 1080i.

Thanks for all the suggestions!