PIP (Picture in Picture) on iPad?

I would LOVE to see PIP (Picture in Picture) on the iPad…
It would be nice to watch TV and check email, surf the web.

Is this in the works?

We are getting close to a new fully updated iOS app however picture-in-picture won’t be in the initial release. It is something we would like to add in the future though.

I’d love to see iPad PIP and or split screen support as well. Multitask while watching is a top of the wish list feature. Thanks!

Just bumping this. Really want PIP or split screen on iPad.
Would be great for football season.
Thanks!

Have you tried using Tablo via the Firefox browser using the tablet? Firefox has a PIP feature that works on desktop PCs, but not sure about tablets.

I just tried on my iPhone and it does work…

While playing, hit the button in the top left…to the right of the ‘X’ 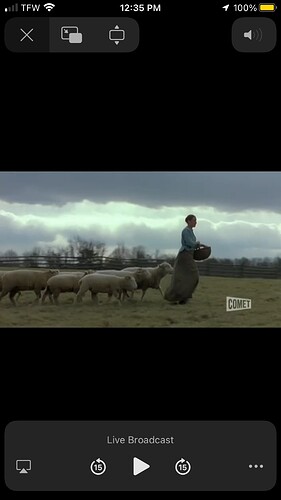 Sadly Firefox mobile is somewhat a disappointment. Minimal addons and customization. But I agree for desktop use it’s privacy [addons] and features are great.

Not being owned by a data mining corporation of course puts it over the top.

Add my support for adding a PIP feature on iOS. This is a standard feature on most streaming apps on Apple devices. Could someone give us an update if this will become a reality?