Picking up channels far away but not local?

Instead I get NBC4_LA etc - ie all the LA channels that are 4 times as far away from me? 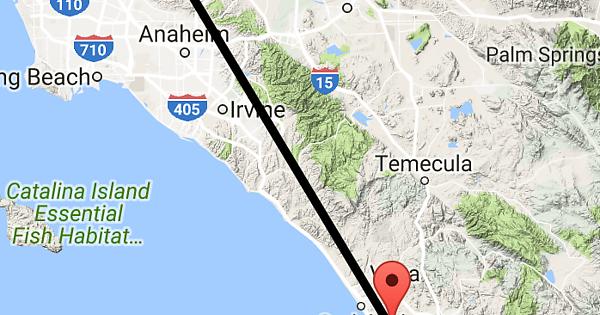 From http://www.tvfool.com/?option=com_wrapper&Itemid=29&q=id%3De2cb88f2fec4b6 it appears that your ‘local’ broadcast towers are mostly 30-40 miles away at bearings that vary from 146 to 180- so SE to S of you. Further down the list are a bunch of stations 90 miles away (LA I think) that are at bearing 329- roughly the opposite direction.
What antenna are you using? I’m wondering if you accidentally have it pointed NW instead of SSE.

Thanks for the reply!

I have a powered Mohu Leaf 50 ‘elegantly’ stuck on a window. The window the antenna is on is facing west so maybe that is the problem?

Due to the layout it would be pretty hard to put it on a S facing wall, but sounds like that might the solution.

sidenote : impressive that the 90 miles away stations are picked up so well… I just thought I’d at least see the closer ones even if degraded due to antenna orientation, but they dont show at all.

That is impressive performance for a Mohu Leaf 50. If you’ve stuck it on a west-facing window, it’s “elements” (using the term loosely here since they’re really foil traces on a card) are edge-on to your towers. That’s pretty unlikely to work well for getting anything at distance from the south. You could try rotating the Mohu ‘card’ so the flat surface faces south at it’s current window, but that might not help a lot. Since at 40 miles you’re already pretty close to its limit, you need to try to get the Tablo moved so the Mohu flat surface can be on a south-facing window. Try it as an experiment. There’s a chance it still won’t give you good performance.
You might need a better antenna (there are lots of antenna discussions on this forum), but try getting your Mohu to a south window first since that won’t cost you anything.

Thanks! I’ll try and macgyver something up to see if it works - then worry about permanent setup later. And I Just checked on google maps - Its closer to NW than W for the window - I never thought about it (ocean=sunset=west) but its angled somewhat.

I guess I know my weekend project

Moved stuff around and found a way to get the local channels. Still picking up CBS from LA - but then I have two I guess

Thanks for nudging me in the right direction!