No audio on Android

I have a new device running on Android 9.0 Pie, and the app, while running, has no audio. I tried to navigate using Chrome, and same thing happen. Apple TV app, iOS app, and browsing from Mac OS X all work. But that Android device, won’t playback audio while video streams fine. Any idea?

Turn off surround sound off see if that works

ah… dolby atmos! wow. I learned something.
Unfortunately, it did not solve it. I searched the audio options to no avail. Dev menu had an audio bypass setting, tried that to no avail. All system sounds playback on both the TV and directly on the device either standalone or connected to the TV. But any audio from Tablo is missing.

Any other idea? Thanks for pointing this option out. 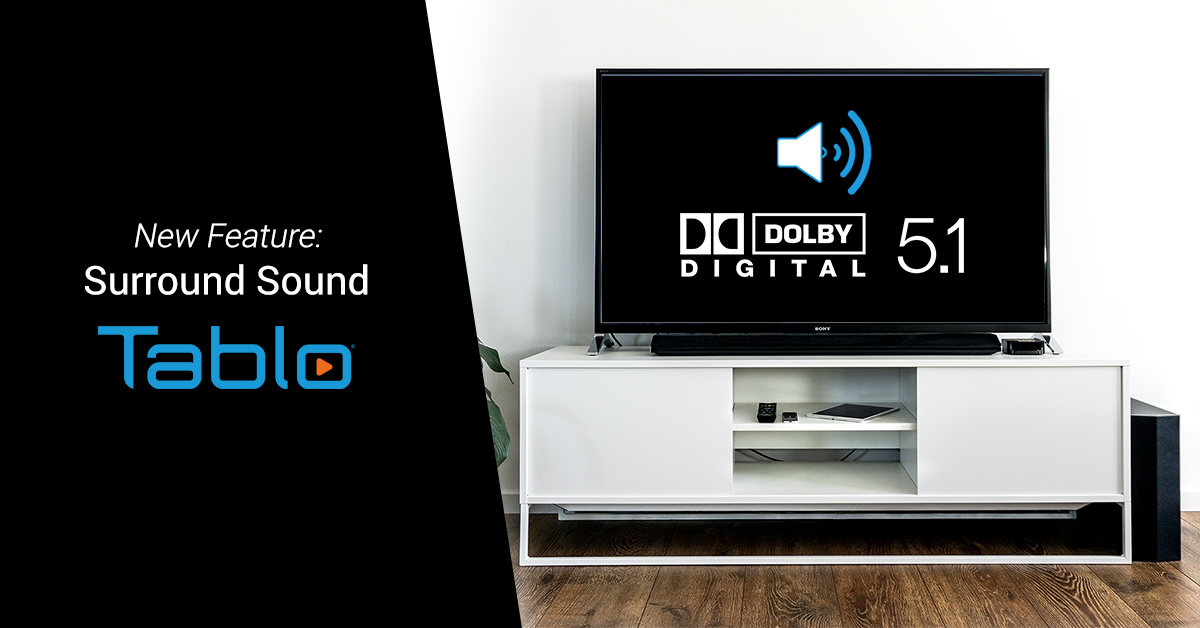 This is also helpful.

Surround Sound Supported Devices As long as your Tablo is using version 2.2.22 (or higher) of the Tablo firmware, you will be able to turn on the Surround Sound quality in the Settings screen of th...

Here is the Settings page on the iPhone app. Make sure yours in Unchecked.

ah ah! Winner winner, chicken dinner. That did it, thanks! So, the turning off both Dolby and the app’s Sourround setting did it. I learned something more. I wonder why only on Android, no other device I had to play with this setting.

Make sure you turn it back on after you use your android device or else all your recording afterwards will not be recorded in surround sound and when you want to watch a recorded movie on your main TV with surround sound you won’t have it because it was recorded in stereo.

Yeahbutt it ain’t worth the figityness and worry to be switching back and forth. I’ve been watching without that new-fangled surround sound for over half a century now…

`Has this problem been resolved beyond turning of surround recording? I have two Android televisions but I also have a very large home theater that I would like to use surround sound on.

Has this problem been resolved

I have two Android televisions

Just to confirm, those are Smart TVs running Android TV as an operating system? As long as you use the Tablo PREVIEW app you should be OK. It’s some Android MOBILE devices (phones/tablets) that still don’t decode 5.1

Just in case anybody else finds this thread doing a search, the Preview version of Tablo on Android TV does solve the problem with audio.