I recently dropped Comcast TV, and switched to Tablo/OTA. So far, everything is going great, but it seems I’m having an issue with one channel pixelating every 30 seconds. Sometimes the Tablo drops the signal and has to re-buffer. The station in question is CW, and honestly, it’s not a dealbreaker if I can’t fix it (it’d be nice though). Everything I look up, says it’s supposed to be a strong signal and Tablo itself gives if 5 out of 5 during channel scans.

My hardware:
TabloTV 4 tuner
Antenna is an AmazonBasics Ultra-Thin Indoor HDTV Antenna - 25 Mile Range. It looks like they’ve revised their hardware selection since I bought this, so I’m linking to the 35 mile range one. It looks the similar. It’s mounted up high on my second floor wall and pointing at (near as I can tell using iphone compass) 320 degrees.

Here are my TV Fool results: 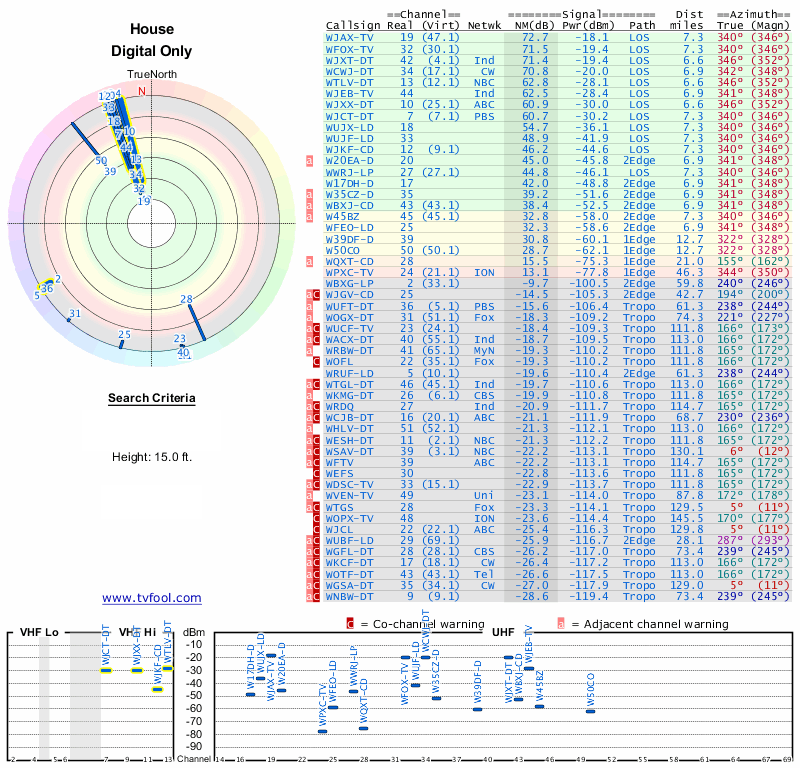 Any advice on getting the CW channel to show up clear like the others? It’s strange because during a channel scan Tablo gives PBS 3 out of 5 which comes in perfectly. It gives CW 5 out of 5, but has pixelation issues.

If you are having signal problems I suggest you get an amplified antenna. This is the best indoor antenna I’ve used, Winegard Flatwave FL5500. 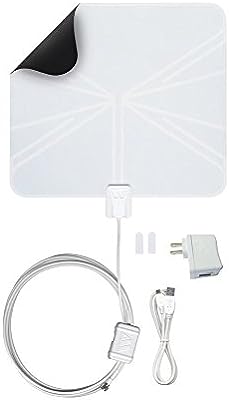 However, I eventually replaced that indoor antenna with this Clearstream 4V and I have to say out of 10 antennas I have used, this is the best one hands down. After spending so much money on the Tablo, why cheap out on the antenna right?

@swphreak - One of two things could be happening depending on the quality of your antenna… Either the 25 mile isn’t quite enough OR it’s actually overdriving the tuners since you’re quite close to the towers.

Our support team can actually log into your Tablo to get a better picture of your signal quality if you want.

+1 for the Clearstream antenna linked above. I am about 35 miles from the main cluster of signals, I have some trees in the way, and I mounted it in my attic. But you know what? Crystal clear HD without issues. Love that antenna.

That Winegard did the trick. I didn’t need to power it, but it’s nice to have if needed. I’m guessing the AmazonBasic antenna was cheaply made. Just moving the coax cable affected the signal. In fact, I don’t think it had any shielding at all and was picking up all sorts of interference.

Did a new channel scan, and everything is 5 out of 5, no pixelation/noise.

So you got the FL5500 but are not using the amplifier plugged in? I recommend you plug it in, the antenna wasn’t designed to be a passive antenna.

I had a similar problem with the AmazonBasics 35 mile amplified antenna, where (oddly enough) CW was breaking up. I switched to an RCA ANT751R antenna and an RCA pre-amplifier, with the antenna located in my attic. That single change doubled the number of channels I receive from 21 with the Amazon antenna to 43 channels from the RCA. The ANT751R is about 3-feet square when it’s unfolded, and I have it bolted to one of my roof-joists in the attic.At your distance you probably wouldn’t need the amplifier…

So funny how antenna experiences can be so different.

On one television I originally had a Mohu 30 and it was garbage so I switched to a Winegard Flatenna which was a bit better. On a whim I ordered an Amazon Basics 35 and it has outperformed them both.

I’m actually looking to put an omnidirectional antenna on my old DirecTV mast. Right now I’m trying to decide between these two models 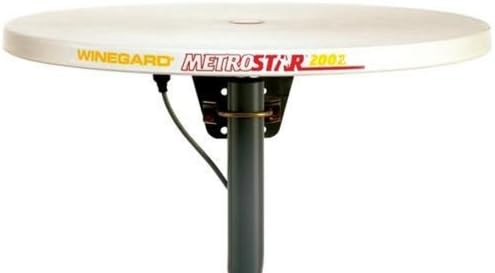 Features a 360° receive pattern; perfect for receiving signal in multiple directions without a rotor; compact design; channels 2-69 ; range up to 30 miles-zone 1 (yellow/green). For any further querie ... 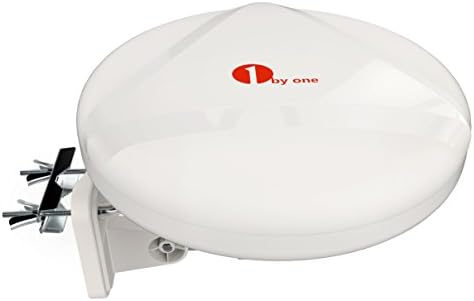 I went to Big Lots and bought the cheap $10 GE ultra edge series indoor antenna 11264. It is the only antenna that allowed me to get channel 2.1 (CBS). I am in the chicagoland area not too far from broadcasting areas. I heard some RCA’s will work also. I tried a mohu metro, but it didn’t get channel 2. I did learn a trick though, if you use an antenna that gets a channel you want, use it to program the tv, then any other antenna you use, will usually still get the reception. I tried this on a few different TV’s and it worked on all of them.

If most of your channels come from same location I suggest a yagi type unidirectional like RCA ANT751. I’m getting 100+ channels rock solid.

Winegard FL5500A is designed for both VHF and UHF. It solved my problem for two stations that are broadcast on RF channel 13 and virtual channel were two 62 sub channels. What is your zip code and what does www.tvfool.com say you should receive?

@beastman, not sure if you were asking me about the zipcode/antenna, but I’m good. My cheap GE gets about 45 channels that I watch and a few in other languages that probably about 10 more I do not use. It is probably true that if I got a bigger antenna I could get a few more channels, but at the moment I don’t think it’s necessary. If you were just referring to the initial post, I’m sorry for the confusion. I saw my little Hobbes pic next to your reply, so I wanted to respond just in case.