We’ve got some news we’re quite excited to share with you all today!

Over the past year, our Android team has worked really hard on creating a new native app for folks watching Tablo content via Amazon Fire TV and Android TV-based devices. 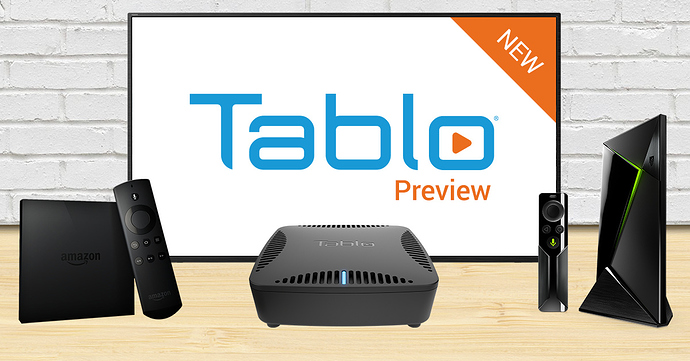 The app isn’t 100% feature complete yet, which is why we’re still calling this a ‘Preview’, but it will give you access to all of the screens and features you need for day-to-day use.

(For those of you who’ve been around since the early days of Tablo, you may recall we did something similar with our Roku channel.)

You can read all about it on the Tablo blog:
https://www.tablotv.com/blog/new-preview-tablo-app-amazon-fire-tv-android-tv/


Why You Should Give It a Try
There are three reasons why we think you’ll love this new app experience:


We hope you really enjoy this update. And you can run both apps at the same time and easily switch back and forth if there's a feature you're missing or someone in the family is having trouble adjusting to change.

If you have any questions about the Preview app, let us know below.

Does this apply to firestick as well?

Does this apply to firestick as well? 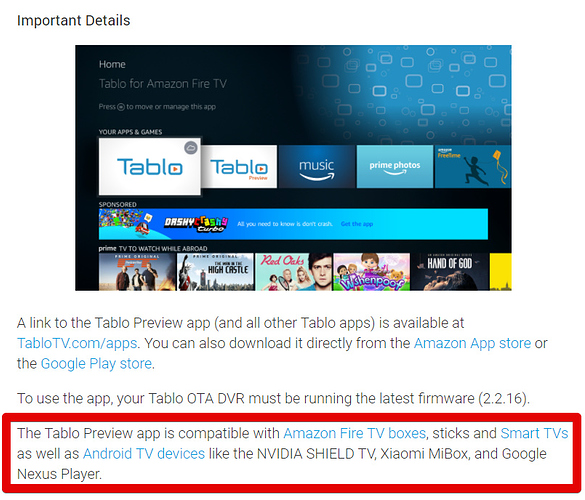 i’m sure an obvious question but this only applies to your network tuner devices, right? If we’re using Engine w/ Shield this wouldn’t apply correct? exciting updating though either way

i’m sure an obvious question but this only applies to your network tuner devices, right?

That’s correct. As per the post this is for people using Amazon Fire TV and Android TV devices to access our Tablo DUAL, 2-Tuner, and 4-Tuner OTA DVRs.

It will look similar to ENGINE as it does share some of the same codebase.

cool thanks! thats what i figured.

I don’t like that the “recordings” screen only shows 2 rows instead of 2.5 rows. If anything, it’d be great to shrink down the page title a bit and show 3 rows. Ditto for the “scheduled” and “guide” screens.

Part of the reason why we went with this approach readability. A number of users who had trouble seeing the text on some of the poster art from the couch.

Get a bigger TV😀

I have multiple seasons of an old show recorded. The existing app lists all the shows by season, not in the order I’d like, but at least you can find each episode by season.

The preview is a mess. Under “other seasons” I seem to get a few random shows listed by “date aired”, and the only other grouping is “season 1”, which has all episodes for that season separated out.

It seems impossible to pick “season 3, episode 5” for example.

What would be nice, is if there was an entry for each season, then selecting that season took you to a list of episodes.

@CycleJ - So you’re seeing the same show being sorted into seasons in the regular Tablo app, but they’re plunked into ‘other seasons’ on Preview?

Yes, and just a few episodes that I have no way of knowing where they belong. Would an old/new screenshot comparison help? Or can you recreate it and take a look for yourself?

Would an old/new screenshot comparison help? 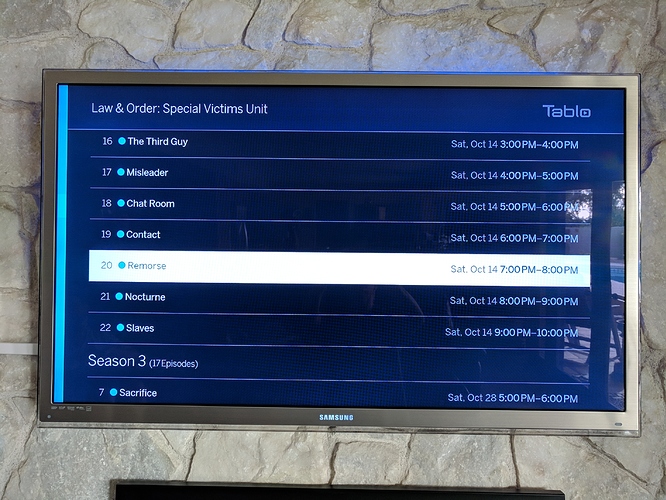 Here’s the preview app, the first shot is the “other” group, then I scrolled right until I hit “season 1”. No other seasons are visible if you keep scrolling right. 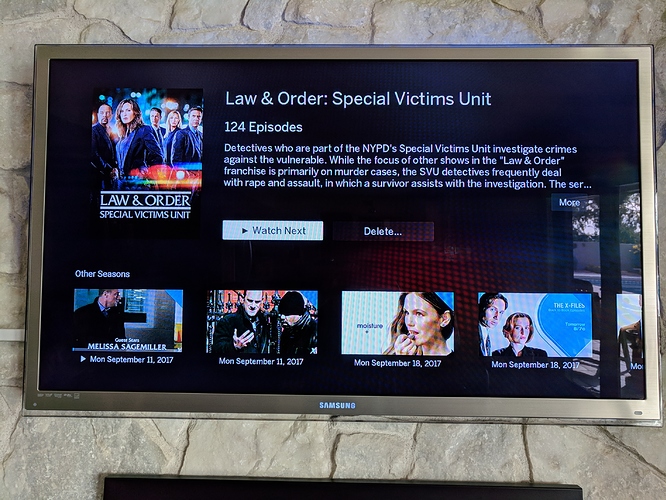 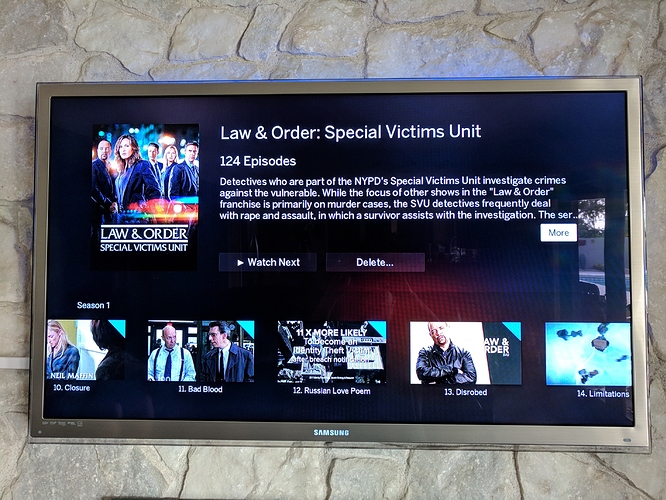 @CycleJ So to confirm… If we’re using season 3, ep 7 ‘Sacrifice’ as an example… There isn’t a season 3 in Preview? And/Or there isn’t access to the episode ‘Sacrifice’ at all?

@TabloSupport may want to check things out on the back end.

No access to that episode. There are exactly 6 episodes (from whatever season) in the “other seasons” list. To the right of those episodes, all “season 1” episodes are listed (again, extending out to the right). Nothing beyond that.

The loss of filters in Recordings and Guide make it non-usable for me. I use those filters all the time and can’t do without them.

I have installed the new app on a New Fire TV, Fire TV 1 and 2 and cannot get the guide to load on the screen. It loads a few hours and after that it’s blank. I uninstalled and re installed with the same results. Any suggestions? Using a 4 tuner Tablo

OK definitely weird. @TabloSupport will touch base with you today to take a closer look.

I like the new client (Android TV). The new look is nice and I like the “watch next” button.

Some things I noticed.

I know the “Recent” sorting of the recordings is coming. Just mentioning I miss not having that.