An update for the Tablo app for iPad and iPhone is now available.

About This Release
The majority of tweaks in this release are focused on the upcoming sunsetting of Premium Service/Automatic Commercial Skip for new users.

Since the changes are aimed at folks with newly set up Tablo DVRs, existing users shouldn’t see any differences.


As always, if you have any questions or encounter any problems, feel free to post them below or touch base directly with support.

Can’t load the update. App store just puts me into the app on my iphone, doesn’t seem to load the new version.

Is it possible that you’re still using the original Tablo app for iOS?

If your app doesn’t look like this one, you’ll have to go to the app store and download the new one to get updates. 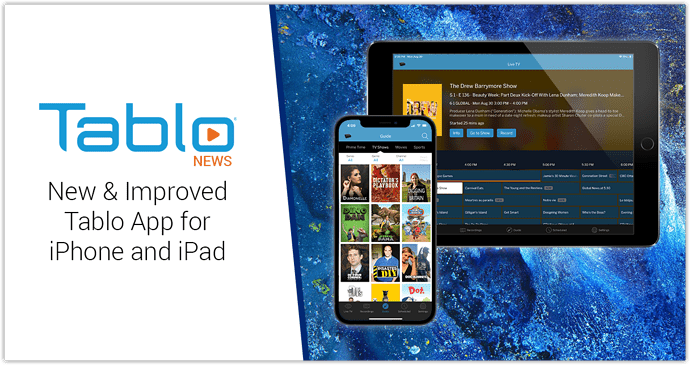