With the launch of iOS 13 scheduled for later this week, we’ve just pushed an update to the Tablo app for iPhones.

The Tablo iPad app will also be getting an update shortly is on the way now!

It’s worth noting that the new minimum iOS version for Tablo apps going forward will be iOS 12. More on that below. 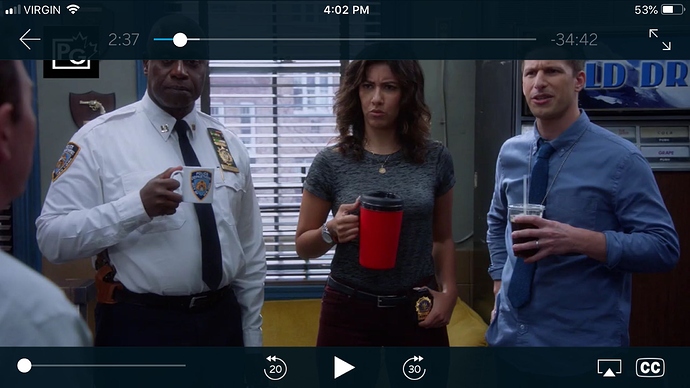 About the Minimum iOS Requirement Change
A quick heads-up that these iOS Tablo app updates will require your device to be running a minimum of iOS 12.

We realize that some older iPhones and iPads may still be in use even though they’re no longer eligible for OS updates from Apple.

(See a full list of devices that are eligible for updates to iOS 12.)

However, Apple is removing the development tools we require to build new app updates for those older operating systems.

When Tablo apps for iPhone and iPad are updated, users of devices running iOS 11 or older will not be eligible to receive the new version. However, customers can continue to use the older app as long as it is not deleted by the user from the device.

If the user does delete the Tablo app, they will not be able to download a new version and instead will need to access Tablo by going to the web-based app at my.tablotv.com via the Safari browser.


We hope you enjoy this update!

If you have any questions or issues, let us know below or send us a note.

Just got the app updated but I didn’t find the option for the captions anymore. Any ideas?

Do you not see the CC button at the bottom? 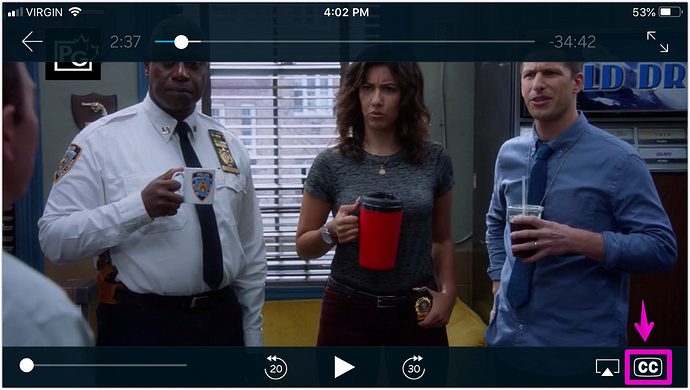 Hey, I figured out that I’ve turned on the video caption in iPhone settings. It’s turned off now and the CC button in tablo app became available now. Thanks!

Having a skip forward button on the iphone finally makes it a good watching platform! Thanks for adding it.

We thought we had a bit more time but Apple has pushed up its release of iPad OS to tomorrow.

Alas our Tablo iPad app update is still in the app approval queue.

It’s possible that it may not make it through the review cycle in time so may wish to delay updating your iPad’s operating system for now.

If you need to anyways or did it before seeing this message, you can still access Tablo via the Safari browser by going to my.tablotv.com.

Am I missing something or has the “Recent” Recordings view vanished with this update on iOS 13? Really, what I used the iOS app for the most, checking if something else had recorded properly w/o stopping what I was doing on the AppleTV…

Hi folks - There were some pretty major changes under the hood in this last iPhone update. One of the changes was switching the back-end communication method between the app and the Tablo. This particular feature will need to be added in a future update using this new communication method.

At least it isn’t just me. Hope the update to fix is out soon.

Anyone else noticed the disappearance of the series name when resolving conflicts?

I’m seeing this on the iPhone and iPad.

Maybe a screenshot of the issue would help?

I can’t show the ‘before’ since I’ve already upgraded my devices.

But here is an ‘after’ image. It shows the display after clicking ‘resolve conflict’. 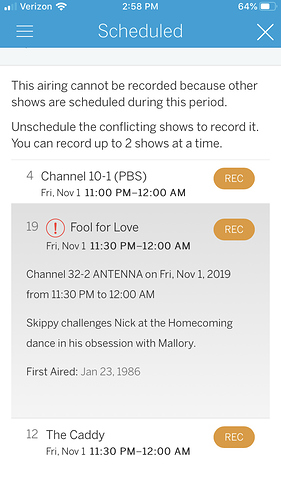 Note that the original series isn’t indicated with the original show I’m working on. It also doesn’t show the series for the conflicting show, even if I select it to see the details.

I would upload a photo but as a new user I seem to have hit my photo limit.

Ok so it won’t show the tv show name? Just the episode name?

Yes, that’s correct. Not a big deal if you are just recording a few shows. But if you are recording several, and they are prioritized, this information becomes important.

So now that the iOS app loads in real time (like the Roku app) and now works with Tablo Connect, will remote viewing also soon be coming to the Roku app?

@theuser86 We went with a hybrid approach for the iOS app right now. There is no synch, but Tablo Connect still relies on the older API.

Hopefully we’ll finally be able to get everything for Tablo Connect added to the new API in 2020.

Any ETA on the Recent Recordings tab returning the the iOS app?

This has really been a real downgrade to the iOS app in terms of how I and my family uses our Tablo Quad? Hope to see it back soon!