A new firmware release for Tablo DUAL HDMI and Tablo QUAD HDMI DVRs is on the way.

(This release is NOT for network-connected Tablo DVRs.)

This update includes a long list of bug fixes and improvements which should result in a much more stable and enjoyable experience.

A notification will pop up in the Tablo interface before Thursday, March 17th. 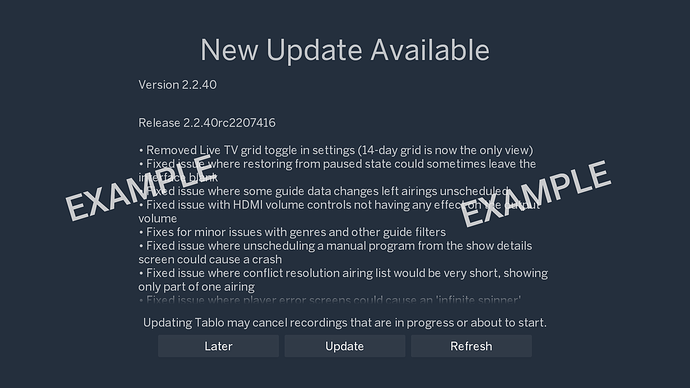 To check for the update and process it sooner, navigate to SETTINGS > ABOUT > CHECK FOR FIRMWARE UPDATE. 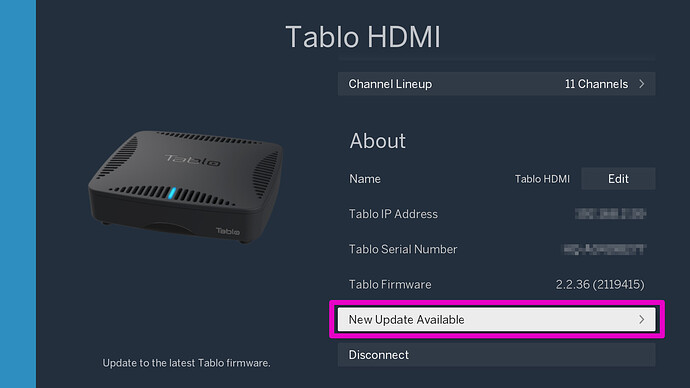 NOTE: Firmware updates may take several minutes to complete. During this time the Tablo will display an update screen.

Because of the many fixes and improvements this update provides, we suggest that you update your Tablo ASAP and especially before contacting support as it may correct issues you’ve been experiencing.


What You Should Know About This Release

If you continue to experience ‘infinite spinner’ issues AFTER processing the 2.2.40 firmware update, please contact support with as many details as possible. 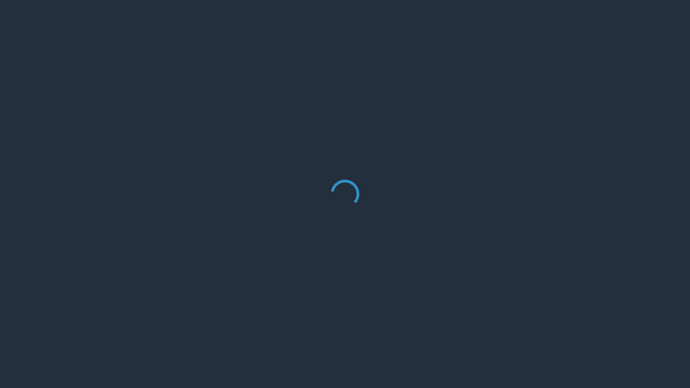 As mentioned, one of the other major changes is the removal of the toggle that allowed users to switch between the 14-day Live TV Grid and the 24 hour grid.

We have determined the 24 hour grid had been causing a number of problems so we have eliminated it in favor of the newer 14-day grid.

Customers without an active TV Guide Data Service subscription will still only see 24 hours of data in the Live TV grid, but the interface behind it will be using this newer implementation.


For tips & tricks on successful firmware updates, head over to the Knowledge Base.

If you need support assistance, place a ticket and we’ll touch base with you soon.

Assume you have a Tablo HDMI since an update was just released? What troubleshooting have you tried already?

Tablo Quad HDMI. I have rebooted. Power cycled. Removed App and downloaded again. Still blue circle I have three tvs and only have this issue on one. The other two start with blue circle but then goes to proper screen. I have checked my connections on tv affected and correct. Unit only one week old .

If it plays on 2 TVs, but not the third I’d think it was the client on the device, not the Tablo.

If one of the remote TVs try disconnecting and reconnecting from the Tablo via the app.

We’ll be providing a subsequent update specifically for the Android app in the future to resolve this issue from secondary devices connecting to the Tablo HDMI.

did not skip one commercial

When you’re watching the shows, are the commercial sections marked in GREY or YELLOW? Do the recordings also say ‘Commercial skip is ready’? 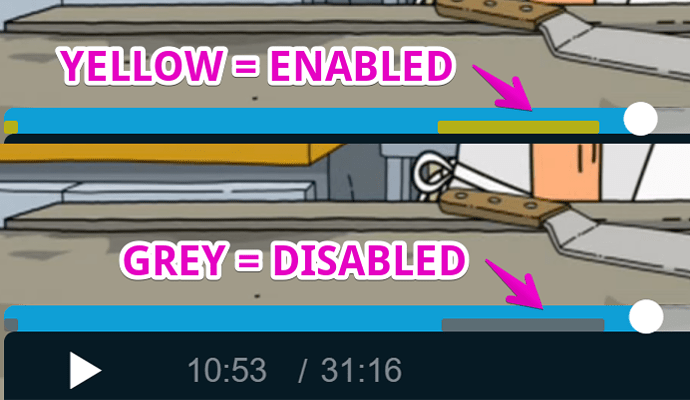 If they’re grey, you may have accidentally disabled the skips in the player itself. In this case, the setting in the SETTINGS screen would still be active and so would your Premium Service Subscription. 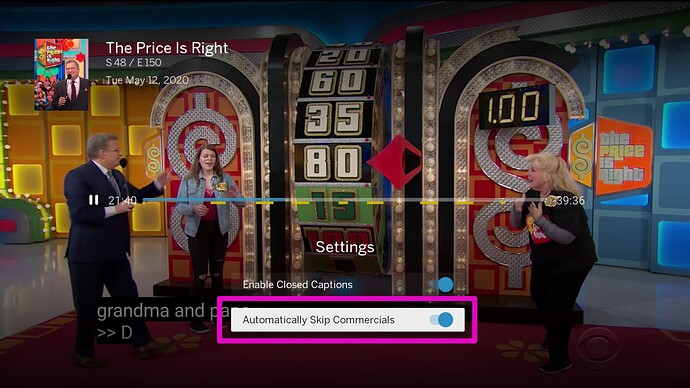 You can find the player-level setting by hitting DOWN on the D-PAD of the remote during playback.