Another new firmware release for Tablo DUAL HDMI is on the way.

(This release is NOT for network-connected Tablo DVRs.)

This is a maintenance release intended to address some issues seen by early customers and add a few small features.

A notification will pop up in the Tablo interface by tomorrow (Friday the 15th of January) but you can check for and process the update immediately by going to SETTINGS > ABOUT > CHECK FOR FIRMWARE UPDATE.

NOTE: Firmware updates may take several minutes to complete. During this time the Tablo will display an update screen. 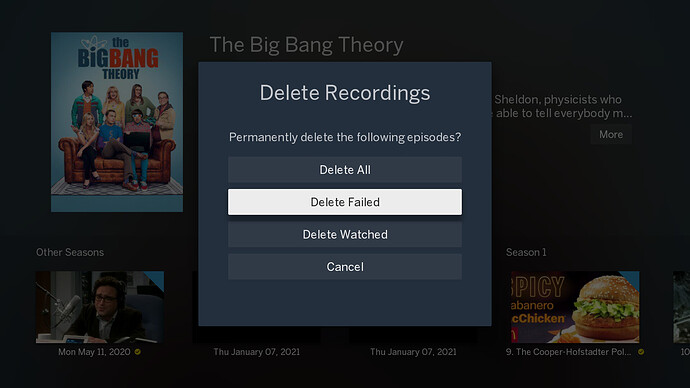 If you have any feedback of questions about this release, please post them below.

If you need support assistance, place a ticket and we’ll touch base with you soon.

Confirming that it seems to have fixed the guide issue, so that is good

I can also confirm that this update is a huge improvement. The guide seems to be working now.

Glad to hear it, folks!

I presently have the December firmware in my Dual HDMI Tablo. I have tried 23 times to apply the January firmware, but each time it will either give up during the Downloading phase (1), or immediately after it starts the Preparing phase (2).

There is no indication of what the problem is. It just goes back to the top menu.

Is this a problem with the Tablo firmware server, or is there a USB way to apply the firmware?

Ouch 23 times, so specific. It’s likely best to call in to Tablo Support tmrw so they can troubleshoot in real time with you.

I started counting after the 3rd attempt.

I press Firmware Update. I’m not sure what troubleshooting could possibly be involved. I’m pretty sure I’m pressing the button correctly

Lol they probably have a way to put it in some special mode (maybe god mode) to push the firmware to it.

I noticed that my uptime was 709 hours. So I told the Tablo to Restart. And I also told it to Clear User Interface Data.

However, the problem is the same as before. It is either dying during the Download phase, or it does as soon as it hits the Preparing phase.

I’ll pass along what they had to manually do to allow for my successful firmware update.

Edit: they had to log into my Dual HDMI unit to manually do the update. Based on Gord’s comments (other thread) it appears that other folks had problems with this update also. If it was a problem on their server, then fixing it there should have fixed it for everyone.