New episode not showing as "new"

Was going through the guide this morning and I saw The Simpsons wasn’t going to be record. I thought this was odd since episode 1 of season 29 just aired last week and found it strange they would already have an old episode playing. So I opened it up to view the details and saw it was indeed a new episode but did not have the “new” tag. You can see from the screen shot it is not set to record, doesn’t have the “new” tag, but it also says first air date is today.

In fact I think this happened on another show but didn’t notice until it was too late. Friday night’s episode of The Tonight Show did not record but I checked online Saturday an there was a new episode according to NBC. When I didn’t see any new recording on Tablo I thought maybe my wife deleted it or something. But now I am thinking it there was a mistake in the guide and that episode may not have been tagged “new” as well.

I paid for the lifetime subscription for the guide and will not be happy if the guide is not kept up to date and correct. If I have to go through the guide and manually record shows, I could have just done that for free.

I am going to go through the rest of my shows and the guide throughout the week to see if there are any other mistakes. 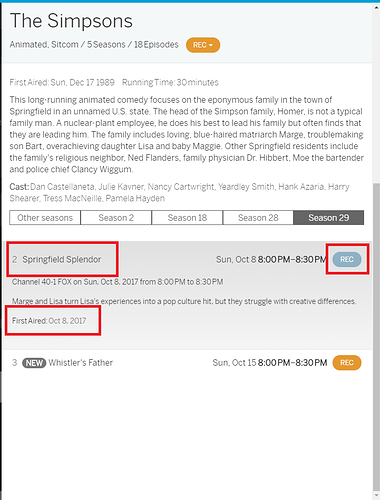 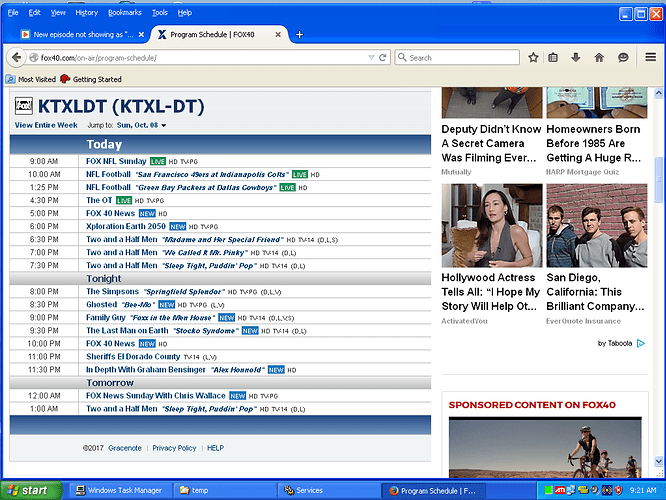 I know my FOX station in Nashville marked The Simpsons episode tonight as new, and it recorded fine.

Very interesting, and detailed. We'd like to get logs from your unit. Expect a PM shortly.

Did you go to the actual station WEB site and check it’s schedule to see if it had the episode marked as new?

We must be in the same local area. My fox is also KTXL Fox40 and I can see from your screen shot it doesn’t list the Simpsons as new.

I decided to pull up KTVU which is the Fox channel in the SF Bay Area and it lists The Simpsons as new. I guess the root issue is from KTXL.