I’ve had a Tablo 2-Tuner for a couple years now and it’s been working fine. I went to watch TV the other day and didn’t get a signal. After some troubleshooting, I think the last time I moved it around in my server rack, I messed up the threaded coax connection. Attached is a picture of the motherboard. The part outlined in yellow spins freely.

Is there a connection in there that can be fixed? Looking for ideas before I tear the thing apart and probably destroy it. 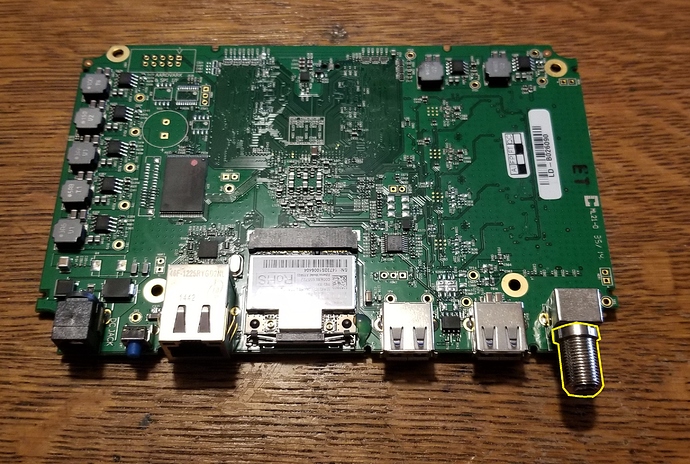 Well, I figured it out. With the threaded part spinning, it snapped the wire off on the inside. Re-soldering some wire back in did the trick.

I had this same problem with my Tablo 4 Tuner during its first year of life, and Nuvyyo support sent me a replacement unit which has worked great ever since.

At the time (this was a while ago) several other people had the spinning coax connector as well. I think it may be a weak part on some builds.
You might want to contact support and see if the could help you out.