I am part of the Roku beta testers and along with other Tablo users have experienced a black “Loading” screen on some occasions when Tablo starts up (the channel does tune because I can hear the audio but the screen is basically black - it is resolved by backing out and restarting - might take a few times). Anyway, I pointed out to Roku in a posting that many beta builds have gone by without addressing this issue and received back the following response from Roku:

“Tablo…I keep pushing for this to get fixed but there are some other circumstances involved that I am not allowed to discuss. All I can do is keep reiterating the problems and continue to push for a resolution. Sorry, I wish I had something more positive on that front.”

Only 3 things come to mind. Tablo is coming out with a new replacement for the current tablos, tablo is doing a major update or Tablo is on the way out – At least out of Roku. Two of these are not good for those of us who own tablos, the other could be good if the update is good.

Simple things like connecting over the internet are on again, off again all the time for my tablo. Even connecting on the local lan is not always possible without a reboot on the tablo. It really seems to have a will of it’s own and this is a big no no for devices. I really hope tablo can fix it’s product fully before too much longer. 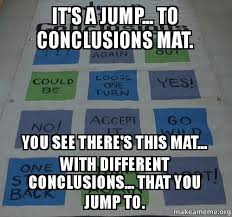 Only 3 things come to mind. Tablo is coming out with a new replacement for the current tablos, tablo is doing a major update or Tablo is on the way out – At least out of Roku.

I can definitely say a 100% NO to all of these things with the vague exception of the fact we are working on moving the Roku preview app into being our ‘public’ app. That’s not a secret though as we’ve always been open about that plan.

I can assure you that there is no ‘Watergate’ style conspiracy going on. We do have a line of communication open with the Roku dev team but we haven’t actually discussed this particular issue to my knowledge.

We were able to reproduce this ‘black screen’ issue for the first time yesterday using the Roku beta firmware. Our Roku guys are working on seeing if we can resolve it all on our own without any change to Roku’s firmware.

No way to know of course, but it appears that these screen issues plague every Tablo beta tester who are also Roku beta testers. No one in that category has piped up that they do not have this issue (really more of an annoyance as it can be resolved by backing out and reloading).

If both Tablo and Roku go public soon with their betas, I am pretty sure you Tablo folks will be receiving lots of mail from all of your customers - mail that may not contain holiday cheer. Famous last words and easy for me to say - I can’t believe this issue - where the channel is tuned but screen is black (or black with a “Loading” message) should be all that difficult to resolve once someone focuses on it.

So does this mean that at some point we will not be able to access Tablo thru Roku? I sure hope not because this is why I went this route in the first place. Please tell me this is not so!

They are not removing Roku playback from the Tablo. It is the player that majority of Tablo users use at the moment.

I really did not intend to start a wild speculation thread. I simply was passing on the Roku quote in the first posting on this thread to see if anyone - maybe even Tablo Support - had a reasonable thought concerning wheat it means. Not sure the “Tablo is going out of business,” “Tablo won’t support Roku in the future” etc. speculation is helpful in any way.

Yes, speculation is the driving force in many moves in life. If you are “caught with your pants down”, you will have wished someone had given you reason for pause in your decision making. Companies also need to understand they “are being watched” and their customer base is aware of things, not simply blind, stupid and loyal. This is what makes the ups and downs in the stock market. Being ahead of the game is better then being lost in the shuffle.