My First Take on Nexus Player and Tablo

I was reading some posts on how much people were raving about the Nexus Player with Tablo and the fact that Best Buy was selling for $49.99. I have been having issues with the Roku restarting randomly, so I figured I would try out the Nexus Player. I bought it last night.

Pros:
I like the Tablo interface better than Roku’s. I definitely gives us more options.

Cons:
The Tablo doesn’t show the guide. I did an update of schedule to see if that might be the issue. It started to show a couple of shows, but the time was off by 12 hours. It was 6:30 AM, but the guide time said 6:30 PM with no way to get to the earlier time.

Under recorded show, I saw 1 show with 1 episode. All my recorded shows were not available. I actually have 48 shows, most with multiple episodes.

Nexus Player does not have Amazon Prime in Play Store
I Don’t like the Nexus Player interface compared to Roku.

I gave up after this, waiting for a later time to play with it and research. I unplugged it for now and hooked the Roku back up. In the hopes of giving my wife a better experience than Roku (less waiting, no reboots, no ff lock ups), I felt that the Nexus player fell short and would only have her screaming louder to go back to DirecTv.

That’s my 2 cents for now, for what it is worth. Comments and suggestions would definitely be appreciated.

@Scott_Gaboury - It sounds like the time on the Nexus may not have been set correctly. It won’t be in the Tablo settings but the Nexus’ settings.

And re: recordings - was this after you had watched one show or right off the bat?

Nexus Player does not have Amazon Prime in Play Store

Pretty sure it does. I think Amazon changed the way you do it though, so it is not a specific app. You have to use the amazon app.

Or just take a gander at this:

You can now download Amazon Instant Video for your Nexus Player (and other...

Sony was crafty enough to secure themselves an exclusive to Amazon's Instant Video app for their Android TV products, but why should Bravia owners have all the fun? If you have yourself a Nexus Player or the original Android TV device -- ADT-1 --...

Did you complete all updates on the Nexus Player under Settings–> About before testing? The Nexus Player improved significantly with each update. There were about 4-5 of them. You should be on Android 6.0 Marshmallow by the end.

You have a lot of concerns, let me see if I can help:

You might want to make sure you had it appropriately configured before you throw in the towel. It may be different from what you are used to on the Roku side.

See my link above, but also there is Amazon Underground I wonder if that will run on Nexus Player? From there you should be able to install the Amazon Video app

I saw the link, but I am almost 100% positive it doesn’t work. I have recently looked into this for my mother. I think the Amazon app force closes when you try to stream. Even if it did work, you would have to use a Bluetooth mouse and keyboard to control because it wouldn’t be optimized for Android TV. Not ideal.

You could still use Google Cast to send a browser tab watching Amazon Prime to the NP.

@Jestep Amazon shut this down shortly after people got it working.

I am getting a nexus player, so I will let you know. But, it is sad they made the decision about lots os players, not just nexus.

I agree that it is dumb you can’t reorder your apps. This is Android, geez. Once you get enough apps, it will move to 2 rows. I’m not sure about 3+.

My guide works great. I think something isn’t setup right.

Amazon Instant Video would be great, I’m sure they would get more Prime subscribers if they just made it available. More than the # of Fire TVs they are selling because of it.

I own 3 of them now, because the experience is way better than chromecasting (even with 2nd gen) and I never hear people complaining about bugs on here (besides my minor bugs that I’ve found) and I always hear about Roku bugs and limitations based on how the Roku doesn’t allow you to hold the guide data (I believe it loads it in cache temporarily or something technical).

Got my Nexus player today from Newegg and was disappointed to see no Ethernet RJ-45 port.

Anybody have a recommendation for a MicroUSB to RJ-45 Ethernet adapter which will work Plug and Play with no driver installation required ?

@RetiredEngineer Any adapter should be plug-n-play on the Nexus Player - Android doesn’t have a driver solution like Windows to my knowledge. I use a MicroUSB OTG adapter without any issue. I have heard of multiple people using one of those adapter without issue. It might be worth doing a quick Google search for “Micro-USB Ethernet Adapter for Nexus Player” and see if anything pops up. When I get off work I’ll see if I can look as well.

@PiX64 You had a solution for hardwiring, right? How did that work? Do you have links to the product you purchased?

@faganm24 I never hardwired any of my Android TV boxes, no, because the WiFi performance has been very consistent for me. However, I have heard from multiple people who have hardwired their Nexus Player successfully using such adapters.

If you’d like a link to the USB OTG cable I purchased for USB accessories, let me know.

I don’t need it. I have had great luck with my AC wifi on the Nexus Player.

Ordered this on Amazon for $12 shipped. Made by Plugable Technologies. Supposedly compatible with Nexus player and very highly rated:

Thanks. Took a shot with the ‘Plugable’ above. 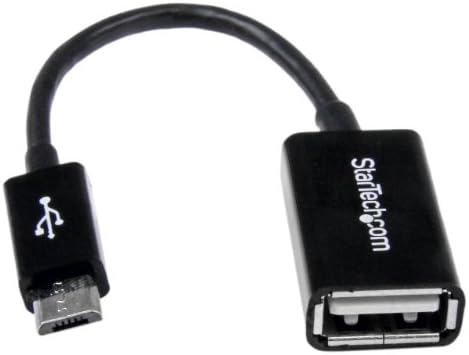 UUSBOTG Look for StarTech.com Branded Packaging to ensure you are getting a genuine StarTech.com product Connect Your USB On-the-Go Capable Tablet Computer or Smartphone to USB 2.0 Devices (Thumb Driv ... 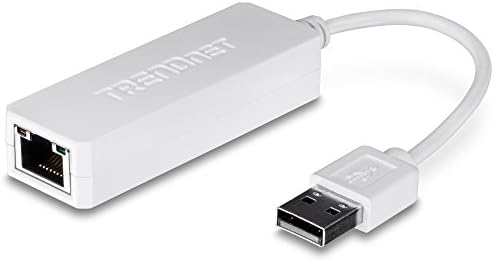 The TU2-ET100 is a high-speed USB 2.0 to Fast Ethernet adapter that allows you to easily connect to a 10/100 Mbps network from a USB enabled desktop, MacBook, ChromeBook, or notebook PC. Compliant wit ...

I spent a few more bucks and got this OTG Host Addapter for the NP. It has 3 USB ports so you can plug in more devices such as USB HD, keyboard, mouse, IR remote adapter (to make it compatible with Harmony remote)… etc. 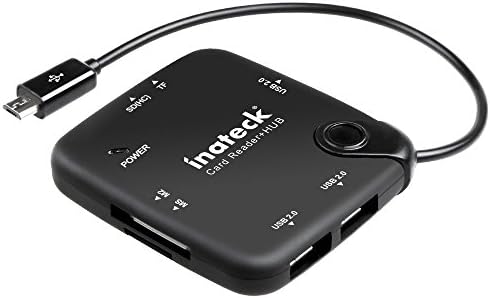 This is a really solid deal, I might consider picking one of these up.