I have experienced pixelation on several channels and did not want to blame the Tablo since it shows up direct on my TV tuner. I thought I had a good installation with an 8-element bow tie antenna. I read some comments on the internet that these types of antennas are more susceptible to multipath interference than a Yagi. So I bit the bullet and put up a Yagi and took down the bow tie. Thus far signal levels ( read S/N quality readings) are on par with the bow tie and in some cases better, especially the VHF channels. So far I have not seen any pixilation on my problem channels, but of course that could change with weather and other conditions. Funny that even though the “capture area” of the Yagi seems so much smaller than the 8-element bow tie , signal levels themselves are compatible. EM waves are very mysterious. 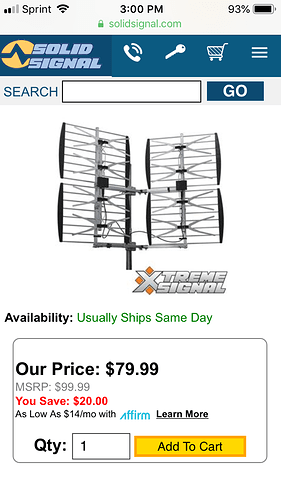 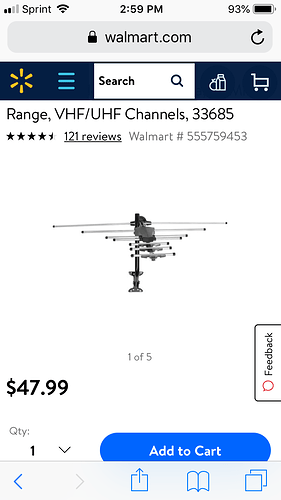 This is great information, very interesting!

I have used both and the Yagi antenna seemed to work the best for me. I live within 20 miles from most of the TV towers in Birmingham Alabama but I also pick up stations in Huntsville Alabama but they pixelates a lot and are the same ABC NBC CBS as in Birmingham. Huntsville is about 80 miles from my house. So I would give the yogi antenna a try. I bought mine off so amazon.

An interesting read here… well I thought so anyhow.

The bowtie is not designed to capture VHF. It does so by accident given a combination of wide reflector. The 8" directors by themself are too small for VHF. The yagi has a VHF director at the back end (the right size for the hi VHF wavelength). This is why antennas like the C2 and C4 have a VHF addon. As do some AD bowties and flat antennas like the Antop.

Because a yagi is more directional, it suffers less on its side lobes from multipath caused by signals reflecting from the sides.