I have a general question. I have been a cord cutter for years. I have Cox with 15 MPS Plan which is near the bottom of plans they offer I believe. I have a Linksys Router E-4200 combined with Roku sticks. One the latest version with latest software update, the other the older version, which I plan to replace as they are only 49 bucks. I experience what appears to me to occasional buffering issues, and was considering purchasing a new router. The network has only a few devices on it. However I have seen references made by individuals who question whether their modem is fast enough. It would appear to me that seeing the entire purpose of using Tablo is to only record OTA signals I wonder why the modem matters at all. Isn’t the data being processed via Tablo, router, connecting device, and TV where the modem is isolated from this interaction?

I suspect that one cause of buffering in my setup may be due to the older Roku may be left, so streaming is occurring on both TVs at the same time. I suspect as well that recording while watching may tax the process along with perhaps a signal that is less than ideal at times.

My question is how much better are the newest routers. I would like to eliminate buffering issues completely that are within my control, and figured some of these gaming routers would help. Consumer Reports rates the Netgear AC1900, and the Asus AC1200 looks to be a good deal.

I have the Nighthawk X8 router (AC5300), which is probably more than most people need, though it works like a champ.

The buffering may be due to poor WiFi signal, which can be from an old router or the Roku stick itself. The Roku sticks are notorious for poor WiFi due to small internal antennas and interference due to close proximity to your HDTV.

I replaced my old router with Archer C7 and my buffering issues went away. I have a Roku3 on wifi. My nephew is over today running some new internet wires so I can hook the roku up that way.

Ditto on the TP Link Archer C7… performance improved dramatically with that router, and even tho I’m using older “underpowered” Roku sticks (3400X & 3500X), I have no buffering issues. My Tablo is wired to the router, while the Rokus are all on 5GHz Wi-Fi.

Thanks to all replies. Regarding the new Roku Stick. I have had ZERO issues. When streaming Netflix or Amazon, I do not recall any streaming issues so far. All the internet connections are wifi only a hard wire connection to the router is out because of the location of my coax from the antenna is completely different location from the Modem and Router. I have a Winegard 8200u with an active amp on a rotor that brings in channels from 90 miles. Highly recommended. Most of the time I get good signals and do not even bother with the rotor because the TV tuner does not have an Add channels feature. It sounds like the Archer C7 is the way to go with a new Roku stick.

I would suspect that the hardrive might contributing to buffer issues if it has slow writing speeds, or if you decide to record at 1080p. Does anyone record with SSD or Hybrids?

Yes Tablo is connected via WiFi.

Recordings are set to default 720

Well the default is 5 Mbps, and by having your Tablo connected via WiFi you are engaging what I like to call “double WiFi”. That is the stream goes from the Tablo to your router via WiFi, and then goes from your router to the Roku via WiFi. This double trip using WiFi creates a latency which can result in buffering issues.

That is why most of us have our Tablo hard wired to our router. You can hard wire your Tablo to your router using the electrical wiring in your house using Powerline Ethernet adapters, take a read of this thread:

More on this topic for those who find the thread later, it's a good read of why they're a good alternative to WiFi. http://www.techhive.com/article/3041996/home-networking/pump-up-your-powerline-how-to-get-the-best-performance-from-a-homeplug-network.html

That is why I figured a super fast router would help. I can not imagine that I am in a unique situation here

My nephew is over today running some new internet wires so I can hook the roku up that way.

Does anyone record with SSD or Hybrids?

I tested an SSD with my Tablo.
It didn’t increase performance at all.
As long as the hard drive works with the Tablo, a.k.a. doesn’t disconnect, a hard drive should work very well.

Im recording at 1080 and experience no buffering with a Roku Tv on a wireless connection. I did have to relocate the modem/router to a better location.

Is your Tablo also connected to your router wirelessly?

The Tablo is hard wired. The Roku is wireless on a lower floor.

I had buffering until I got smart and moved the router/modem combination from a less cluttered area.

In my case I have cable internet with the modem/router on a second floor. The over the air antenna is in the attic the wire for it runs to the tablo by the router/modem. The Tablo is hard wired to the router. The Roku is wifi since that is all Roku Tv will do. In the past I did install network over the electrical plugs and it worked great. I just no longer need it today. If I was you I would suggest you get if needed a network over electrical setup for the tablo. 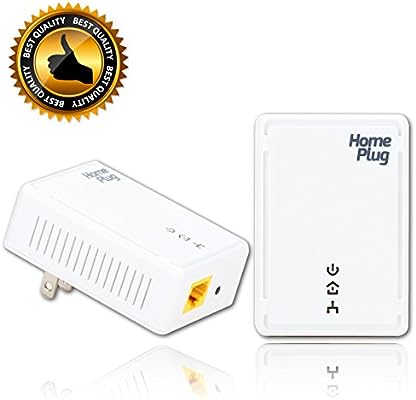 You can actually hard wire your entire house like this. Up to 8 units.

That is kind of my point, “double WiFi” with a wireless Tablo is just kind of asking for buffering unless you got a nice powerful router.

That is kind of my point, “double WiFi” with a wireless Tablo is just kind of asking for buffering unless you got a nice powerful router.

I had to set this up at my mom’s house.
The best antenna location is on the second floor, so the Tablo is up there, too.
The router is on the first floor.
The Roku 3 is also on the first floor, but across the house from the router.
So we have a wireless Tablo, with a wireless Roku.
Both Tablo and Roku use wireless-g, cuz wireless-n can’t make it thru that many walls, and floors very well.
Had to set Max Recording Quality to HD 720 - 5Mbps before buffering went away, but it does work well.
Using an ASUS RT-N66U wireless router with Tomato shibby mod firmware.

If you are streaming on two different devices at the same time, the problem might be the internet connection. I had 50 Mbps down and found out doubling it was only $10 additional per month. I also replaced my Zoom 5341J cable modem which only supports 8 channels with an Arris ASB6190 which supports up to 32 channels depending on what your cable company uses. In Austin, TX they use 24 channels.
I replaced my router with a TP Link Archer C7 previously.

WAN internet speed should not make a difference to streaming on multiple devices from the Tablo.

For Tablo you are correct, but CBSN, SlingTV, etc. it will.