Listening to local tv news from the Tablo app

Audio steaming
When I first got my Tablo their was a option to stream just audio that I actually liked. I would often listen to my local news for the Tablo app in my car on the way home when stuck in traffic. Do you think you could add it back? 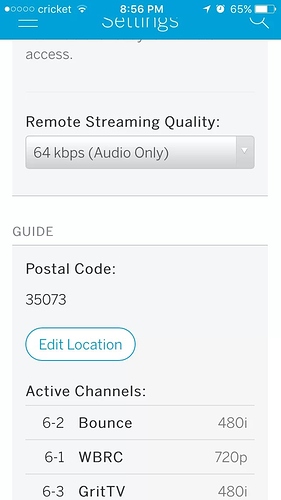 This was a screen shot from my iPhone from March 26, 2016 it showed up in memories from a app called shoebox.

When did they have this option? I’ve had tableau since 02/25/2016 never remember seeing that. That would be cool to bring back.

It was there from the beginning, but I always thought that option didn’t work and was identical to the 500k or 1 MB setting.

I would also be in favor of having an audio only option!

No on that setting all you got was the audio from the channel no picture. I would use it to listen to the 5 o’clock new on the way home from work.

I like this idea. Could see using it alot