I just got my QUAD a few days ago. I’m looking to replace my MythTV system that I’ve been running in one form or another for about 15 years.

Currently that consists of a couple of HDHomerun Extends (the ones that transcode to h264) hooked into a small server that runs the backend. For frontends we have Kodi running on a couple of Nvidia Shields and an XBox. That set-up works great, but I was looking for something more consumer-grade that Just Works, and the QUAD looked like it would fit the bill.

Now that I have it up and running, I really like the Tablo app. But there are a couple of things that bother me. First is the limitation of 24 hours of guide data in the grid. Over time that’s something I could get used to. And anyway it looks like they are expanding it to show the full 14 days starting with Roku clients.

What might be the deal-breaker for me, though, is the picture quality of interlaced channels.

I have my HDHomeruns set to use their “heavy” transcode profile: transcode to AVC with the same resolution, frame-rate, and interlacing as the original stream. For example 1080i60 -> AVC 1080i60, 720p60 -> AVC 720p60. So all the deinterlacing is done on the client side, and the resulting picture quality is great.

The Tablo is configured to use the “HD 1080 - 10Mbps, 720@60fps” quality setting for both live TV and recordings. But unlike the HDHomerun, the Tablo does the deinterlacing at the time of transcoding, and appears to use a simple line-doubling. To me, the result looks horrible on a big screen. I guess some people don’t notice it or care, but it drives me nuts. I notice it mostly on small text and line graphics which get all jaggy, but the overall picture is a little soft, too.

I had read reviews before buying and knew that some people were not happy with the picture quality. Now I understand, and I’m part of that group.

So I’m left with a dilemma. Do I return/sell this thing and keep using MythTV, or hold out for the addition of a transcoding profile that doesn’t do any deinterlacing?

I saw a thread requesting that feature back in 2014, so I don’t really hold out much hope. I understand that they are having to cater to the lowest common denominator in a sense - some clients can’t handle interlaced content but all can handle progressive. But I’d like to have the option. It would be similar to the surround sound option. Not all clients support it, but at least we’re given the option of enabling it.

I figure I’ll add a feature request for this. But is it known whether such a thing is already on the roadmap?

If you already have all the HDHomeRun hardware and also a server, why not try the Plex DVR running the Plex Media Server?

For the multitude of users having little to no idea what you’re talking about, I believe they, are the target demographic. For “typical consumers”, it’s an amazingly awesome product. Overall it’s great at doing what it’s suppose to. Working across a variety of devices for different users.

Now, for users that have more of a tech background or understanding… yes, there are short comings we can point out. Have a look down the #feature-requests section. Some issues are users just not understanding, but many are those wishing we could get tablo to follow conventions and allow us to make it work right with our systems.

knowing the possibility exist if they… [fill in the blank]

I see tablo more or less a one-size-fits-all. So as to not overly complicate things I believe they’ve not allowed advanced features beyond the capabilities of their support system.

Plex Media Server is still more complex than I want. I was looking for something the family (who are not at all interested in the technical aspects of things) could support on their own if they had to. The simplicity is what drew me to the Tablo - plug in a device, download an app, go!

Since all they transcoding work is probably done by the Pixelworks Xcode processor, you would have to find a specification sheet to determine what is possible.

The original Xcode processors were 5190’s but the Quad probably uses the newer processor. And it might be hard to find any detailed information after Pixelworks bought VIXS.

I’m with @youzernaym here- the transcoding of SD source material is pretty bad- from the sawtoothed edged graphics, to the overall image softness, color smearing, mosquito noise artifacts, etc. This is not as noticeable (to my eyes) on HD source material, such as network broadcasts, but it’s very pronounced on SD material- and for most OTA users, all of the sub channels available are SD (meaning two thirds or more of what you receive OTA is in SD). I opened job tickets a while back when I first noticed this with my Dual 64, and after sending screen captures showing the edges saw-toothing and angular line moires, the response (and I appreciate the honesty) was that there wasn’t much that could be done. Sadly, once you notice these defects, it becomes very hard NOT to see them in other transcoded recordings.

It’s part of the reason why I haven’t let go of my TiVo Bolts- the image quality of the MPEG-2 data is just better. I certainly understand Tablo’s business model for transcoding- H.264 and up is the only format that many OTT devices will accept, and many user utilize wifi connections to those devices. But there is transcoding, and then there’s what Tablo is doing. The TiVo Bolt will also transcode and can stream to a web browser. I can take the same broadcast (recorded at the same time on both the Bolt and the Tablo Dual), and streaming them in side by side browser windows (online.tivo.com in one, my.tablotv.com in the other), the difference in transcoded image quality becomes obvious- and the Tivo transcode is not perfect, and is clearly a step down from the raw MPEG-2 originally recorded on the TiVo.

I’m not willing to give up on Tablo- I’m hoping they have a method to tweak the firmware to improve this quality, but I’m not optimistic. As I said, they’re threading a tight needle in trying to provide a multi-platform solution that works via wifi, both in and out of the home. H.264 will produce better perceived image quality than MPEG-2, at lower bit rates, provided there are no errors to correct. As the error correction overhead increases (very common in wifi, another reason why the net throughput is so much lower than the link speed), the faults become more noticeable, as the encoder doesn’t have enough data to work with. It’s a known limitation, and it’s also down-played and minimized on the marketing side. Did you ever wonder why the channel scan initially pre-selects only HD stations? Or why 720p is touted as the primary HD broadcast format (despite the fact that in the US… it isn’t)? Anyhow, hoping they can eventually address this issue- I brought it up on the recent customer survey- and if others are noticing it, hopefully they will, as well.

Do not refute any thing you have to say. I believe tablo uses HLS to stream it’s .ts segments. There are others, DASH for example. Is it possible different transports or protocols come into play here with your comparison? This doesn’t negate your tablo’s quality issues.

That’s somewhat my point, in that there are different methods of transcoding and transporting. Tablo, again, is likely threading a needle to provide a recording/transcode/streaming format that will work with a variety of playback devices over a variety of networks. TiVo’s solution, at the moment, works only with a web browser.

A couple of screen captures to illustrate the difference. This is from SD source material recorded off the same broadcast and antenna last night. I’ve played them back on a MacBook Air, freezing them at about the same point and capturing the image to a jpg file: 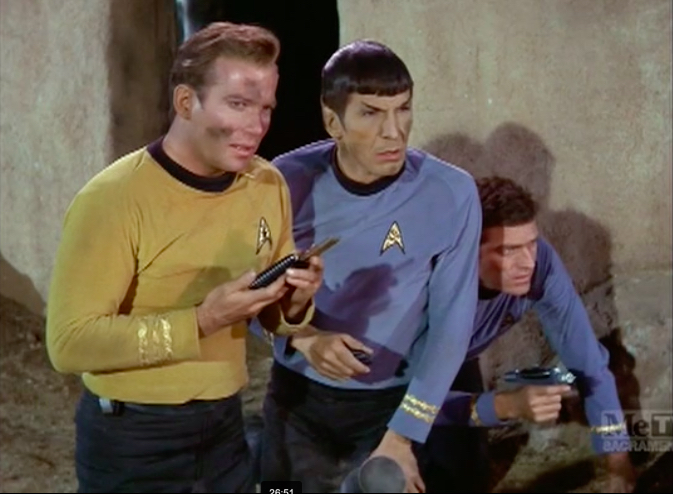 The above is from the Tablo. Note the sawtooth edges at the shoulders of Spokcs uniform, and the overall image clarity. The same point from the TiVo transcode stream: 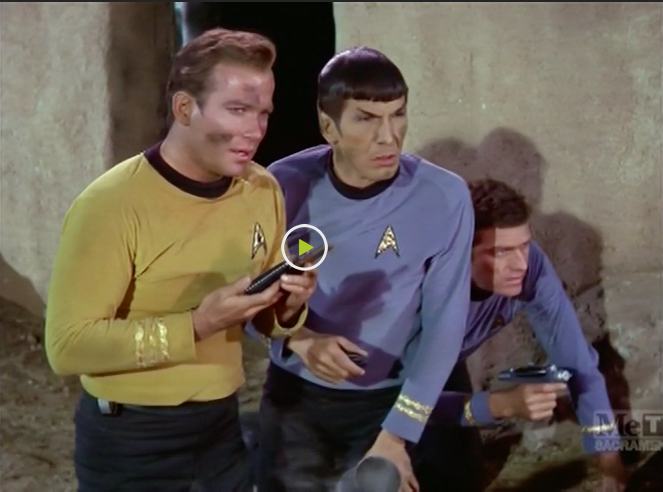 Not perfect- there are some artifacts and defects present, but much less.

On a large screen, such as a 50" TV, the defects are more pronounced. The MPEG recording played back directly from the TV is identical to the received broadcast.

In my case, having seen these defects, I tend to see them all the time.

Wished you’d left in a time so I’d do my comparisons. Yes, I do see, and image on a larger screen it’s terrible.

As @tapokata points out, tivo’s streaming is somewhat limited controlled and tablo is all over the place, in this comparison. Although weather it’s a browser or app (with an embed ‘browser’) they probably both still use HTTP to deliver content.

Nevertheless, you make valid points. I don’t disagree, just trying to understand. If we want a simple care-fee system/device there are comprises to make it appears.