Hauppauge TV Tuner (for Xbox One)

There are very few times when I want to watch a live TV program, I use my Channel Master Stream+ for that because there is no delay between channels, and everything looks great (no need for transcoding, etc.).

And because I can never leave well-enough alone, I upgraded my Xbox One S to receive live TV. Ordered the Hauppauge tuner, plugged it in, did a scan and WOW. First of all, the tuner itself delivers better results than my Tablo, HD Homerun, AIRTV player and Stream+ … about the same as my Recast.

The GUI is excellent, it looks great. You can scroll up & down through channels without referring to the guide, the same way Tablo does with Roku & Fire TV. If there’s anything good enough to record, it’s being done in the background somewhere on my Tablo, Recast, etc., while I watch the live event here. 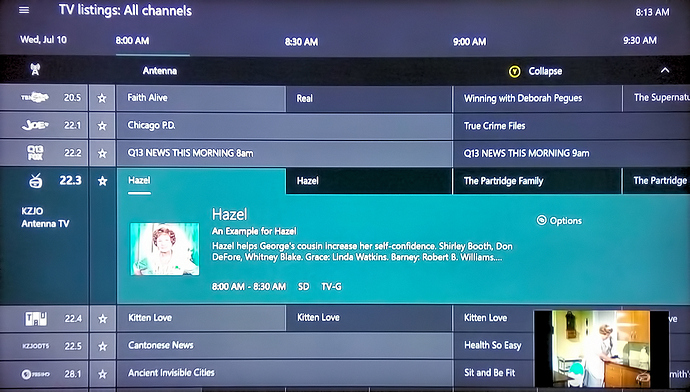 Had no idea Hauppauge made these & for that matter, knew nothing about the company (or it’s products) to begin with. This is a very fun and interesting discovery, albeit several years late. For the rare, live TV viewing, this is now my go-to method.

Just forty-nine bucks for this little gem, worth every dime to me. Am I the only one who’s never heard of these guys?

It’s not a straight forward comparison with tablo. PC TV tuners deliver OTA signal to whatever video play is true format. Tablo’s streaming capabilities, depending upon settings, transcode the the video into HLS format… even at full resolution, it’s not the same.

Not saying tablo is bad, just different than watching directly from a TV tuner untouched.

That was my point.

Hauppauge also has a very good signal meter app for tuning an antenna (not sure if it is available for Xbox One):

ben1: “Am I the only one who’s never heard of these guys?”

Hauppauge has been one of the leaders in the OTA industry for the past 20 years. Make very good tuners. I’ve used several of their products, including their HD PVR\Hauppauge Capture for recording Roku streams.

Am I the only one who’s never heard of these guys?

not at all! I’ve 3 old-school PCIe tuner cards I’d been using up until my tablo went into service. The 2 tuner is semi retired, installed without an antenna just now. It’s amazing what you can do with inexpensive [allegedly] outdated computer components found on ebay.

As you’ve noted, they are not platform dependent!! You know, you don’t have to have a windoze computer to use their products, and they do provide limited support.

That was my point.

Have you ever pressed the TV button on your remote? Probably no enhanced guide, but just for “watching”.

Not certain if it works with the Xbox version, I’ll check that out later. One thing I’ll say though, is with the results I’m getting, probably won’t need it. Pulling in everything and with great clarity.

It’s typically used by gamers to record their games and then upload those videos. I discovered that it can also be used to record streams off a Roku though this is not mentioned in their blurb.

Exactly. You can touch the TV button on the on the remote, see whatever station you were last on & then scroll up & down through channels without leaving the one your’e on (like Tablo for Roku, Fire TV, etc.) … or touch the “One Guide” button to see the full lineup, with synopsis, etc. 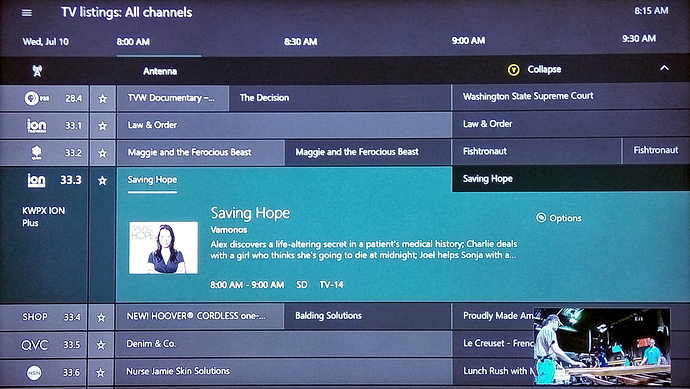 When viewing the full channel guide, you’ll get a PIP, like the Recast does.

I was wondering about the TV button on the remote that came with your television aka TV’s factory remote… watch TV via your TVs tuner, while comparing quality.

That is really cool. So do you just plug this in on the back?

I can see no discernible difference between the native signal from TV tuner, and that of the Hauppage / Xbox feed. Overall, I’m surprised and very pleased with this.

It’s a USB input, not an HDMI … USB is the same input you used for your external drive or thumb drive. On the back of your Xbox, you’ll see two of them. Use either one. If you already have an external drive (or anything else) plugged into one, that’s ok.

So my sister talked my mom into getting an xbox one to use for a bluray 4k player & get vudu, amazon prime, all that stuff. I’m gonna get one of these tuners for her also. She never records anything just watches local news & weather, things like that. Whats ironic is my dad works for microsoft but can’t get a better deal from the ms store than I did. So we had them call egghead. Dad loves Frys & they’re about a half hour drive from his campus so he might find one there. When they get one I’ll have them plug this into it for tv. Ordered it tonight.

That makes three / four people in one family. You have @jbdub82 to thank, that’s how I learned of the Xbox one S to begin with, right here in these forums: I’d found an inexpensive 4K Blu-ray player and posted about it, he recommended the XBox One.

No Frills 4K Bluray Player for Under 100 Bucks Off Topic

The 4K Bluray Player category is generally in the $200 - $250 price range (still!), here’s a straight-simple player for under $100, and it’s a good one: the LG UP875. This is a no-frills 4K Bluray player that boots up faster than any I’ve ever seen, is flawless in it’s operation and looks great on the shelf. Plays 4K discs and upscales conventional Blurays to near-4K image quality (also has 1080p Upscaling for DVDs). I’ve read reviews by people complaining about it’s lack of wifi connectivity a…

Interesting how your experience influenced your parents purchase and setup, that is fantastic.

They got their xbox one from newegg my mom loves it. They upgraded her shipping to 2nd day for free with a 3 yr warranty for $21. 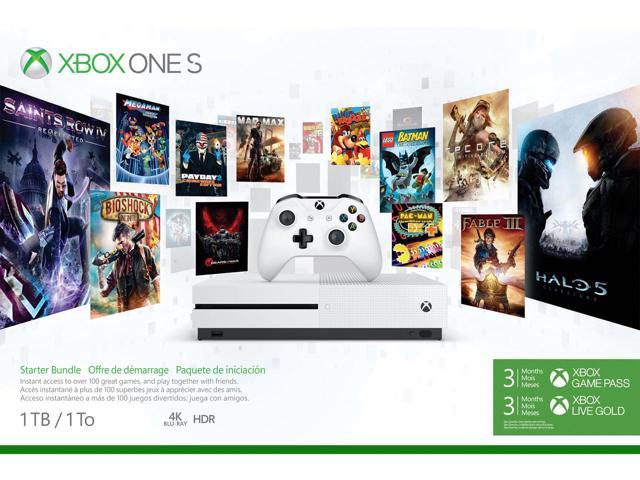 Dad found the same remote as yours at Fred Meyers in their electronics section. This one from your post. 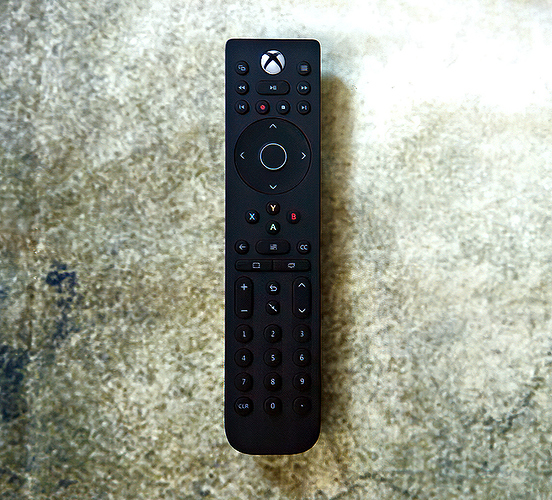 So the hauppauge tv tuner was delivered before the xbox my dad got that set up & they love it. They think I’m a genius for telling them about these things.

Good catch. I just popped into a Fred Meyer store in Portland & found these in stock. Picked one up as a backup, thanks for the heads-up on this.