I have a question about hard drives. I have used to different hard drive with my Tablo because one day I got up and the Tablo could not find them. Called support on both hard drives the first one was a WD 2tb the other was seagate 4tb hard drive. Both only after a year of service just stopped work.

I didn’t have another hard drive to use so I plugged in a 32 gb flash drive and it seams to be working for the time being.

My questions is why would the Tablo not see after a year of working the hard drive? When the first one the WD 2tb stopped being recognized I plugged it in my iMac format and have been using it for over a year to back up my photo. The second one that stop being recognized was the Seagate 4tb last week and tried everything to get it to work with the Tablo. Used it less than a year on both before they stopped being recognized. So I did the same thing I format it with my Mac put files on it as part of a media server and haven’t had any problems with it.
Should I get a hard drive with it’s own power supply? I don’t understand why my hard drives stop working within a year but works fine after I format them to use with my iMac.
I also after reformatting hooked up the seagate back up to the Tablo and it saw it said it needed to be formatted so did that and again Tablo would not see it. Put it back on my iMac formatted again to use with apple and it works just fine? Any help would be appreciated.

Doesn’t" make sense to me either. You might try reformatting it as 32 fat on the Mac and see if that makes any difference. Doubt it, but worth a try.

I have reformatted to fat, EXfat Mac OS extended, APFS and my iMac saw them every time. Then when I hooked it up the the Tablo it will see it and say the hard drive needs to be format to type FORMAT I do that and when it’s done formatting it will not recognize the hard drive. When I hook it back up to my iMac it will say the hard drive needs to be formatted so I formatted it back to APFS and it works great just like the WD 2tb hard drive. But my iMac will see the hard drive in no matter how it’s formatted except what ever the Tablo format is and the iMac tells me to format it and gives me a Choice EX fat, Mac OS extended, APFS. I’ve tried all 3 and hooked it back in the Tablo and it tell me to format so I do and all 3 times the Tablo would format the hard drive when it was done formatting it would not see the hard drive. I don’t understand why but it will not recognize my WD 2tb or the seagate 4tb hard drive anymore.
But like I said I am using a 32gb flash drive for the last two days and it works ok. But I don’t think it’s recommended but it will have to do until I can get another hard drive.

I would file a help ticket with Tablo. Sounds like something is corrupted in your Tablo software.

After you connect it to your Mac and format it so it can recognize it, can you actually write & read large amounts of files to it? Like 20-30 GB of data?

Yes I backed up photos from my Nikon D7100 and also backed up movies from my media server most of the movies are 1.5 to 2 gb. I’ve transferred over 100 GB from my WD mycloud where I have my picture and movies backed up to did it wirelessly to the seagate 4 tb hard drive so my Mac can read and write to the drive.

Ours started that about a month ago. It quit after several reboots, but I don’t really trust it. This one is about a year and half old and seems to be on its way out. Noted recently that if you remove all the recordings of a particular show it deletes the recording schedule. Going to be a Tivo customer soon.

I have a Magnavox DVD recorded with a hard drive you can cut out the commercial and burn it to a dvd and it is a lot older than my Tablo. And have never had a problem with it. I liked it a lot before I got my Tablo but if a show changed nights it was on you had to reprogram it. It was just like a VCR back in the day. I like that Tablo has on on screen program guide and if a show changes night it will automatically record it. But I read somewhere that the new magnavox pulls the guide off the over the air antenna. But I also like the fact that you can stream your local channels over the internet from Tablo when you are on vacation. But I think the Magnavox will do that also for a price with a in app purchases. I really do like my Tablo but having to buy a new hard drive every 12 to 18 months is getting old especially when I format them and my Mac will see and read and write to the drive.

They do recommend a hard drive with it’s own power supply. That fixed some of my issues. Can you give us a model number on that Magnavox DVD recorder. I’d love to check it out. 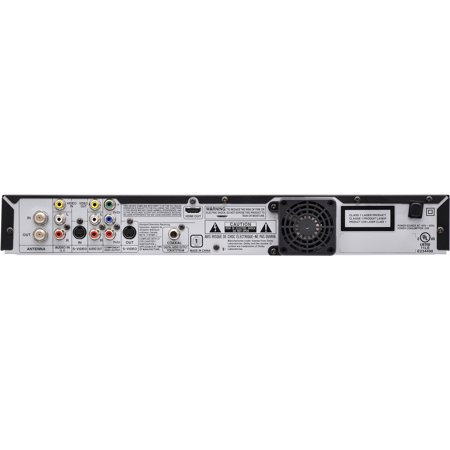 Mine is about 8 years old this is a newer model. One of the newer models I was looking at had a app that you put on your iPhone to send tv shows and movies to your phone to watch while out of your home. But I think you had a in app purchase to be able to send show to your phone.

A bit pricey. It should at least contain a top of the line Blueray player / burner.