Has anyone else noticed artwork disappearing for recordings over the last few days? It only seems to be a few programs, but the artwork on several programs that were recorded months ago is no longer present. I’ve checked multiple versions of the app (iOS, Windows10, Roku) to rule out it being an app-specific issue. Artwork has been very stable for some time so this was a bit surprising to see.

I just checked my recordings with the Win10 app and the web interface (my.tablotv.com). Out of 206 show & movie icons, 7 are missing artwork (same ones). Over the years I have noticed some missing icons, but most times those have been in the guide displays.

Are these programs that used to have artwork?

One of the missing icons is for Arsenic and Old Lace (1944). I remember seeing the artwork for this, but couldn’t tell you when it disappeared.

@TabloTV
Come to think of it, yes, Saturday Night Live has been missing its artwork for a few weeks.
It’s not just recordings, it’s missing artwork for SNL in the guide, too.

Me too. Usually common network shows, which come and go after about a week or so.

Without detailed checking most of the guide data have pic. A premier, but it’s explained that may be expected and a couple of Holiday specials and the usual local programming. 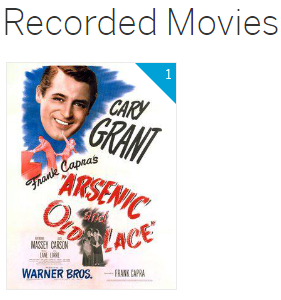 Edit: I am missing a handful of minor/low-budget movies that may never have had artwork with the one exception of " A Fish Called Wanda", I believe that did have artwork at some time.

Some of my artwork is missing also.

@TabloTV
Any known reason this might be happening to existing recordings that previously had artwork?

Yes I have lost art work for several show that was previously recorded.

Booted up a FireTV stick that I use for watching remotely but otherwise don’t use. Surprisingly, whereas I have lost the guide artwork on around 6 programs elsewhere, only 1 is missing on the FireTv Tablo App.