I did a quick search, but too lazy to look through everything.

Once the shows start up in the fall, this will fix itself, but in the meantime – thoughts? ideas? @TabloTV

Here’s an example from the Edge browser (again, I realize it’s not supported, I see the same thing on my Roku, but I’m too lazy to go take a photo of the TV) 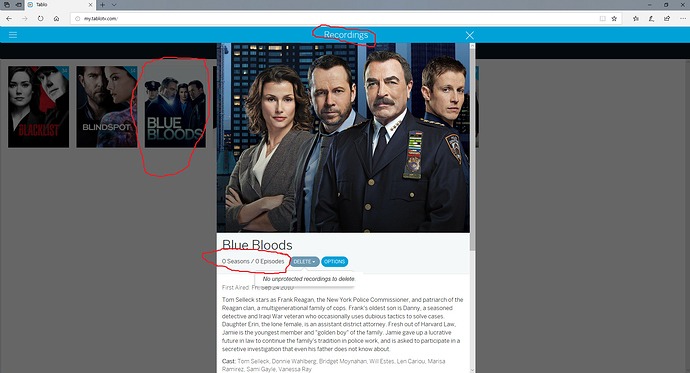 We should be able to get to the bottom of this, but our team will need to check out your Tablo’s logs. Can you send us a copy of this post in a ticket?

And those Ghost icons that appear in the Recorded folder after an episode of the show is Scheduled.

Here’s the roku version, again showing 0 recording, but no option to delete 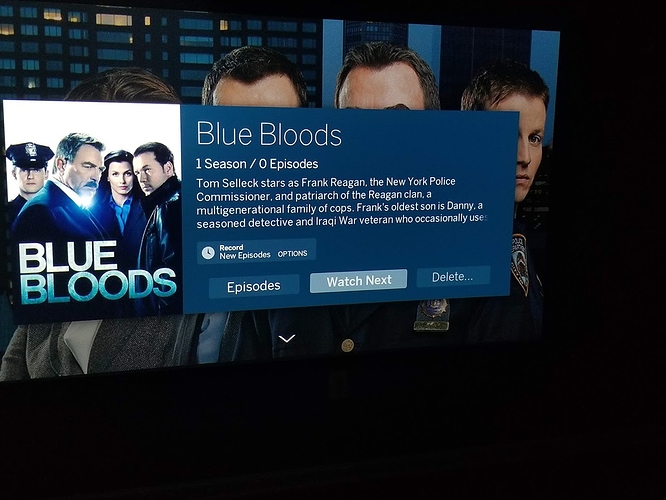 It probably appeared around that time. Was there a fix for it?

Thanks! Our team received your ticket. We’ll take a look ASAP.

Some of these Ghost icons were hidden until a show was Scheduled and at that time appeared with zero items in the Recording folder. Also they magically appeared when an episode was scheduled via a repeating Scheduled show(record, record all).

After the episode was actually recorded and appeared in the Recordings menu all forms of cleanup was available.

I was told it was a bug introduced in 2.2.16 and 2.2.18 and the Ghosts became visible in 2.2.20. And they didn’t seem concerned that they appeared in HTML and not restfull API. That’s sort of like saying online banking gives your balance as a different value then the ATM - and that’s normal

Sigh… Thanks. Symptoms match what I have.

I’ll update this thread after Tablo Support tells me what my issue is.

For anyone else who may have similar problems: the fix from Tablo appears to be what I did for “show 2”. Find any random episode of the show, record it, then delete it.

I’ll try it out tonight.

In 2.2.18 the show was recorded but did not appear as an episode in the Recording icon. And once that occurred all subsequent episodes were ghosted. But you tell they were being recorded since the available space decreased.

With 2.2.20 all of the 2.2.18 ghosts appeared. But there was still some corruption for some shows in the database. So when an episode was scheduled a ghosted(no episodes) icon appeared in the recording menu. Once a show was recorded deleting/etc was functional.

Mine was different than either one of those, and only happened on the “delete all” command. It’s not related to 2.2.22 (it’s at least 1 firmware back, if not more), I just got tired of seeing the ghost icons and asked.

I’ve had a phantom/ghost recording icon only on my LG app for over a year now. Deleting and reinstalling the app, as well as disconnecting and reconnecting the Tablo don’t solve. Super annoying!

Do these show up on all of the Tablo apps? If you haven’t already chatted with our support team about this, send us a ticket and we can investigate.

Only on my LG tv app. Fire TV, iOS devices, and desktops do not have this issue. I’ll cut a ticket, thanks!