Okay, my goal here is to let my Roku see my Tablo that’s in another location. Obviously the Roku doesn’t currently support Tablo Connect, so that option is gone. So my idea was to forward all the needed ports from the Tablo to my local network.

I’m using Putty to connect to the Remote SSH server I have setup on the Tablo’s network. I can successfully forward remote ports to my local network, tested by playing a video from a remote HTTP server.

So what I need to do now is forward the correct ports from the Tablo to enable detection and usage. However the only ports I’ve found the Tablo using so far are ports 80 and 8887, but after forwarding them none of my local devices can detect the Tablo. So obviously I’m still missing something.

Does anybody have any tips?

I currently use a Roku remotely with the Tablo. At the location where the Tablo is you need to run a VPN server (I run one on the router at said location). Then at the location where the Roku is located, you need to run a VPN client on another router. And finally connect the Roku to the 2nd router. The reason for using the router is the Roku device is quite limited when it comes to network options and it does not have a built in VPN client like a computer, smartphone or tablet.

Putty is able to expose its Forwarded ports to the Local Network so other devices on the Network can access them, as I tried to describe in my original post but I guess I was a bit vague.

I’m not using the VPN option because I’m trying to use my existing hardware and the router that I have doesn’t support VPN.

Or is the Roku somehow connected to the computer? 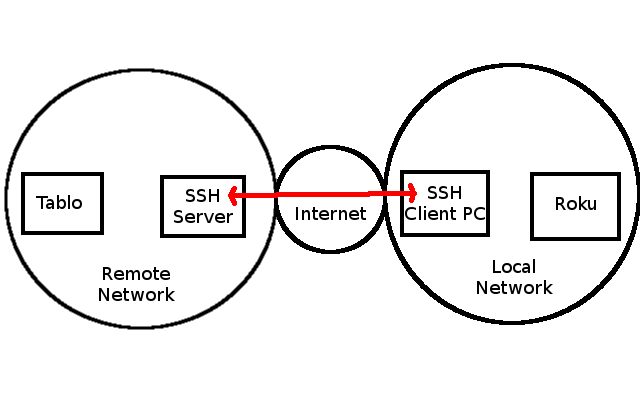 I’m forwarding the ports of the Tablo through the SSH server to my PC running Putty and opening them to my Local Network so that the Roku can see them.

I think you’re going to have to forward the multicast packets that the clients use to find the Tablo. But those are addressed to a multicast IP address different than the Tablo itself. You need a network sniffer to find them. I would try WireShark for that.

Unless the Roku is directly connecting to the SSH Client PC, your setup will not work for accessing the Tablo remotely.

Your reasoning being? Because I don’t see how it’d make a difference since the ports are accessible either way. The issues I’m running into aren’t related to the Roku being able to access the forwarded ports, but actually being able to forward all the needed ports and data, as what FlyingOliver shows me is possibly the issue.

The issue isn’t forwarding the data from the Tablo to the Roku. The issue is with the Roku being able to find aka discover the Tablo on the “same” network.

The issue isn’t forwarding the data from the Tablo to the Roku. The issue is with the Roku being able to find aka discover the Tablo on the “same” network.

Which is why I pointed out the multi-cast issue. If he can solve that, then his method might work.

A cheap $20 router can run DD-WRT, and thus a VPN server at the local site. See link below.

You can also use another TL-WR841N to also act as a VPN client and then have the Roku connect to the remote router. 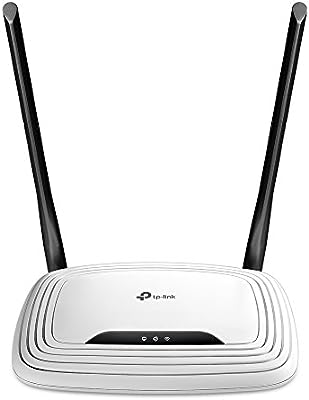 Current selling version is Verson 13, DD-WRT is not support for Version 13.

The reason I was going for the SSH method was because I’d have to wait for the new router to ship but I’ll be leaving this location soon so it wouldn’t arrive in time, and I won’t be at the Tablo’s location to setup the VPN server for a while, so that solution is useless for me at the moment.

I’m just trying to explain unless you run the Putty client on the Roku itself there is no way for the Roku to think it’s on the same local network as the Tablo.