Figure out best Antenna setup to get maximum channels

Ok, so before I start realize I am going overboard here and trying to get as many channels as I can just to see what I can get and for no reason other than to say I did it.

My current setup is 2 sets of DB8e antenna’s with 4 VHF antennas. They are connected to a Winegard CM-7870 Coupler. I then use a Channel Master CM-7777 pre-amp right after the coupler.

Now when I had only 1 DB8e antenna and had it going into the pre-amp I was getting some channels that are over 80 miles away for most of the day. Now I live between Baltimore and Washington DC. When I had just the one antenna I was pointing it toward Baltimore and was receiving channels from Harrisburg Pennsylvania and sometimes even some Philadelphia channels.

However, I was having trouble getting some of the smaller Washington DC Channels. So I added a second DB8e and the coupler. With that setup I locked in almost all of the channels between Washington DC and Baltimore but no longer get the channels from Harrisburg Pennsylvania (I really want the Steelers and Eagles games back). 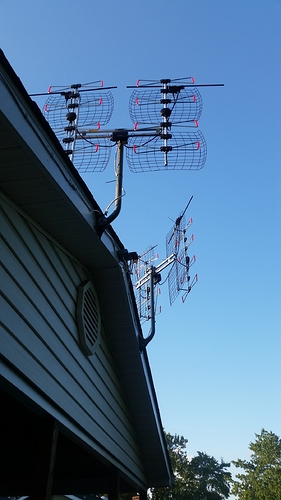 So now I want to try and get those obscenely far away channels back. My thought now is to replace the coupler with a Channel Master combiner 2512 (since I need DC to both antennas) and get another Channel Master CM-7777 pre-amp.

I then want to put one pre-amp on each antenna poll with a 1 foot coaxial from the antenna. This will drastically cut the distance down and make the amplification before the combiner is hit so the DB loss of the combiner does not take place till after the amplification and therefore lessening the chance of loosing the signal.(FYI, all the coaxial is Quad Shielded)

I am tech junkie but I do not know much about this kind of stuff. Just been doing a lot of reading. Would love some feedback/ideas from people. Especially if they think it will not work!

Below are links to all the equipment I have (or going to buy). The picture above is the actual antennas in my backyard now. Currently picking up about 84 channels (should have over 100). 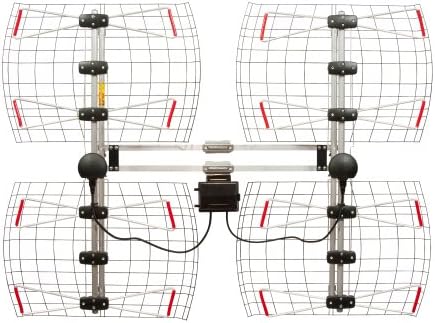 Enjoy ABC, NBC, CBS, FOX, and other local networks with their newly 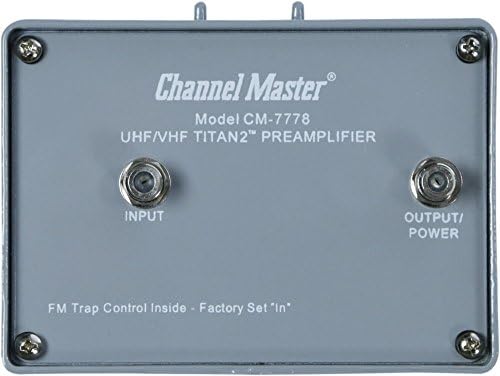 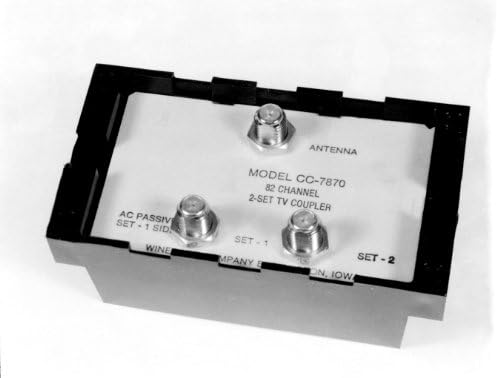 Can you write out all of the channel assignments for both markets? The real RF channel and not the virtual channel. I have run across something that may help you with this. Also, take a look at the Kitztech 500 pre amp, It was a very low noise figure and amazing gain. The solution I have (if possible) should eliminate multipath which is probably killing you.

I got this information from http://www.tvfool.com 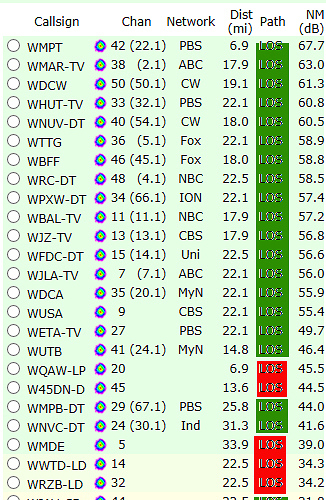 What did you use to help eliminate the multi-path issue? I have two HD stacker’s pointed in two different tower directions but can only use one or the other without degrading the signal.

Assume you mean by mutipath as a reflection of the signal. I honestly did nothing (not sure how to handle something like that). All I did was basically go overboard on the antennas. I finished making the changes, and I did notice a combiner works better than the coupler and the combiner does pass DC through both routes (the one I linked earlier). So what I did instead of putting a preamp after the last combiner (because they antennas have their own combiner) I put a pre-amp on each antenna poll (picture shows I have two antenna polls) and then combine the two signals after.

This let me get 5 more local channels, and I am able to get some channels from Philadelphia and Harrisburg but they are random and do not stay on for long.

I think I have done everything possible electronically at this point. My gut tells me that if I want more I need taller polls.

This is the poll I am currently using 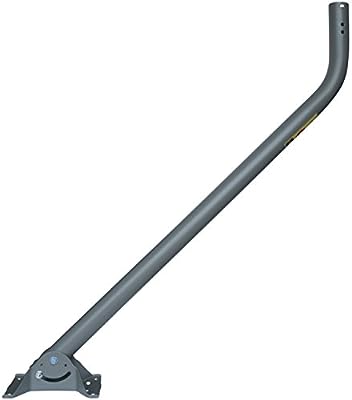 The Winegard DS-3000 "J" Pipe Mount is designed for outdoor antennas. It can be used on either end of pipe for best mounting. Pipe is made of galvanized steel, 39 inches long, with a wall thickness of ...

Anyone know where I can get a longer one?

Use that pole but get a pvc or aluminum extension pole for the antenna.

You dont want to go too high, here in AZ, in june/july monsoon winds are very high sometimes. Had it in the attic but got much better results elevating it outdoors. So i put mine just 3 ft above roof height
https://drive.google.com/open?id=0B4k5J5q9TlGjWjY2UG1SbEZ3QmM

I would go with aluminum here because the sun in AZ will crystallize the pvc after a few years and then the antenna will fall down.

Yes, good point, i will be going aluminum soon.

As I understand your situation, adding more amplification may not help any. More gain in the direction your antennas are pointed will not help get the missing channel you want. It is probably in a somewhat different direction than your antenna array is pointed. Your first smaller antenna might have a broad enough beam width (and enough gain) to pick it up, but a higher gain antenna will have a narrower beam width.

If you really want that one channel, get a separate antenna that covers its frequency and make sure it is sighted directly at the station. What is the channel (RF) that you are after? From the photos it looks like most of your gain is on UHF.

Thanks for the great info. I love when folks go all out!

I know this an old thread but I hope you are still linked to it. Tom B genius in antennas that owns website www.antennahacks.com explained the problem when you have channels and antennas pointed in two different directions is that they are generating signals out of phase at various phase angles depending upon each station’s frequency and the angle between the antennas. I have most stations in one direction, great, can use a very narrow antenna like Antennas Direct 91XG, but one station almost 180 degrees opposite. This is why AD suggests a maximum angle of 90 degrees or so to split the direction of the two sections, the same thing as having two separate antennas with a joiner. He suggested making a series of jumpers 2 inches, 4 inches, 6, 8 10 and 12 inches… male F connector on both ends and a female to femail union. You are going to try each of these on one of the leads coming from the two identical antennas facing the different directions, connecting it on one of the leads. This will make one of the leads (cables) from one antenna just that much longer than the other. (You should be starting with exactly identical leads from each antenna to the joiner, otherwise you are already introducing phase angle problems.) With the longer lead, you are varying when the signal hits the joiner and changing the phase angle. 12 inches approximates 180 degrees of phase (completely reversed which will completely cancel a wave), and so the other increments will allow to try the whole range of cancellation. One of the lengths should be considerably better than what you started with and the other lengths.

Paging @MarkKindle This old thread was revived today, seems right up your alley.

Most of this is a lot of work which generally doesn’t work out that well (I’ve tried out all these “expert” methods and techniques which may work for a time until the environment changes). These days my advice for accessing different markets from different directions is forget “joining” antennas and simply get another Tablo. Life’s too short to be measuring wires and frequencies by the inch.

Bill Gates used to say, “A PC on every desk.” Nuvyyo should say, “A Tablo for every antenna.” Commission please…

Ok so I actually changed my setup a bit which helped clear up all my problems.

After that I get 80+ channels and virtually all crystal clear. The few that are not are the ones that usually go out of business every couple of months and then a new channel comes up.

It probably is simpler and cheaper to get a second tablo. I’m sure that managing a huge number of channels is a pain in the ass.

But tablo has a blog item

The DB loss is minimal and actually had no effect.

I have exactly 82 channels, maintaining them?

They have a TV Guide so there is nothing to maintain honestly.