Just wanted to keep those in the U.S. in the know about what’s happening.

Re: Elimination of Main Studio Rule, MB Docket No. 17-106.
Back in May, when we released the Notice in this proceeding, I observed that broadcast studios
and the purposes they serve have changed a lot since 1920, when the first commercial radio broadcast took place, and since 1939, when the FCC first adopted main studio requirements. That’s why the FCC proposed to eliminate the main studio rule.
The overwhelming majority of public input favored our proposal. The record shows that main
studios are no longer needed to enable broadcasters to be responsive to their communities of license.
That’s because the public these days is much more likely to interact with stations (including accessing stations’ public files) online. Additionally, technology allows broadcast stations to produce local news even without a nearby studio.
The record also shows that getting rid of the rule will help broadcasters serve viewers and
listeners, especially those in small towns and rural areas where the cost of compliance dissuades
broadcasters from even launching stations. One commenter, for example, stated that after FM Auction 94, it decided not to construct stations in South Dakota and Montana because of the costs associated with the main studio rule.1
The record further demonstrates that eliminating this rule will enable broadcasters
to focus more resources on local programming, newsgathering, community outreach, equipment
upgrades, and attracting talent—all of which will better serve their communities. Given these facts,
continuing to require a main studio would detract from, rather than promote, a broadcaster’s ability and incentive to keep people informed and serve the public interest.

Thank you to Michelle Carey, Martha Heller, and Diana Sokolow from the Media Bureau, and
David Konczal from the Office of General Counsel, for your work on this Order.

This is just my 2 cents… 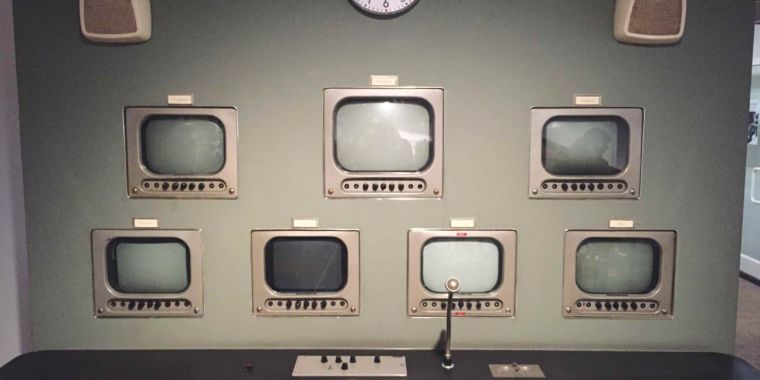 No more Waynes World. Though all that sort of stuff has long since moved to YouTube.

I am all for less regulation. Though I agree it could lead to less local news. I think that is ok.

It looks to my cynical eyes like the start of the death of over-the-air TV broadcasts. Well, actually the new broadcast standard that includes encryption looked like the start. This look like lifting the foot for the second step.

Too cynical actually. You can “what if” anything into a conspiracy theory.

I was reading this article from tvtechnology.com and saw I few things that I wasn’t too happy with.
ATSC 3.0

see quote from article below.

“Dennis Wharton, spokesman for the NAB responded to ATVA’s warning. “If a consumer buys a dongle/converter box [rather than buying a new Next Gen TV set] that should enable reception of Ultra HD, targeted local ads, and other advancements,” Wharton said. “The only thing you would not receive with a dongle/box would be the emergency alerting feature that ‘wakes up’ a TV when there’s a tornado coming through town.”

see quote from article below

"Calabrese also said that the Sinclair Broadcast Group, a strong advocate for ATSC 3.0, will be the biggest beneficiary of the Next Gen TV standard because of its patent royalties and voiced concern that the FCC is considering the proposed adoption while at the same time considering loosening media ownership rules.
“It’s very troubling to us that the FCC is rushing this order through with little debate and few protections for consumers, and that’s particularly true because it’s being rushed along in parallel with broadcast ownership deregulation,” Calabrese said. “In other words, the elimination of limits on broadcast ownership, which permits Sinclair-Tribune to qualify, and also no action at all on insuring good faith bargaining on retransmission consent fees. And if you add this on top of patent royalties from the entire industry, including from the MVPDs, as well as with Tribune in their stable, [it gives them] far more leverage in retransmission negotiations.”

Sinclair is partnering with Nexstar on ATSC 3.0. They need 100% market penetration so they can sandbox existing ATSC 1.0 broadcasts into specific shared frequencies as they rollout ATSC 3.0 in other shared frequencies.

But they are more interested in ATSC 3.0 in terms of using it’s features in a business to business model for increased revenue. Why else would they team with Saankhya Labs for a ATSC 3.0 chipset.

This is all a natural progression. ATSC 3.0 has been under development since 2012. As ATSC 3.0 finalization got closer various stations had to make a business decision on going forward. If they wanted to bail you have to take the best offer.

So studios can use the money spent maintaining local studios on better content. I think it is a win in the end. I also read local news is a big money maker so that won’t go away. It is something like 4% of local news loses money.