Hello all,
New here with a new DUAL HDMI. Set up went well. No huge problems.
Except for this:
Audio varies without user input either on LIVE TV or during playback of recorded material. Quite annoying.
I did toggle the Surround Sound and PCM settings to no avail.
And while I’m here, I did request support. I hope someone here or there knows whats wrong.
Thanks,
Norman

Audio varies without user input either on LIVE TV or during playback of recorded material. Quite annoying.

Hrm… This isn’t something we’ve seen.

Just to confirm you could be in the middle of watching Live TV or a recording and the volume will go up or down suddenly?

Or is it that the volume changes from one program/recording to the next?

Does it tend to happen at specific times? (i.e. during commercials or scene changes?)

Are you using the Tablo HDMI remote, or a third party remote?

This happens while watching Live TV OR watching a recording. Isn’t THAT weird?

No hands on the Tablo remote, the audio will SLOWLY decrease (taking a few seconds), and then in a minute or two, it will SLOWLY increase. I’m NOT speaking different levels between broadcasters/channels.

Either during programming OR commercials either Live TV or playing back recordings, the audio will slowly decrease and then it will increase.

The slow decrease/increase is indeed odd.

When this is happening, do you see the volume indicator appear on the screen? 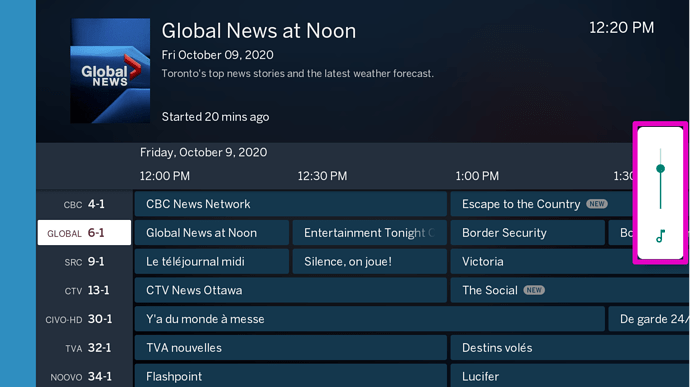 Does setting the audio mode on the Tablo to PCM > FIXED change the behavior?

When this happens, I DO NOT see the volume indicator on then screen.

I am using the TV’s speakers.

Yes. Setting the audio to “PCM FIXED” does set the volume at a high level and cannot be changed using the remote.

I’m down to trying simple stuff. I have disconnected all but two wires to the TV. The power cable and the HDMI cable from the Tablo.

The way I figure it, something’s up BETWEEN the TUNER output(either one), the HD output, and whatever makes either of those two into HDMI may be the problem. Are these hardware or software “converters”?

I am using the TV’s speakers.

Out of curiosity, what brand/model of TV are you using? Wondering if perhaps there’s a TV-level sound setting that is doing something.

Hmm…Good Idea. I’ll look into that (in TV’s setting)

Ha ha. Supposed to be Z in there somewhere.

Hrm… Wonder if it’s this setting on your TV:

I went to that page, but had different setting “labels”. I did, however, turn OFF something named “Volume Leveling”.
I turned OFF “SurroundSound” while I was there.

I’ll test all this and let you know one way or the other.
Thanks for the advice.

I believe that turning OFF “Volume Leveling” in the Vizio audio setup was the key.
I haven’t had and audio increasing or decreasing event since changing THAT setting (on the TV).
Thank you very much for your help.