Consistent signal not being received

For some time now, our Tablo quad, purchased in 2017 has been having issues receiving a consistent signal on various channels we regularly record or watch live TV on. The problem started out as an infrequent annoyance, but now happens a lot, making many shows unwatchable. It is intermittent and comes and goes and I have not been able to tie the changes to weather or anything noticeable.

The DVR and live TV used to work nearly flawlessly, but that has all changed as of about 6 months ago or so.

Most times, it seems the OTA signal must be getting lost, and the result is the live feed video acts like its buffering, but its really just awaiting more video data which doesn’t exist, and frequently terminates and displays the blue screen with “Timeout waiting for video data.” If watching a recording, the recording may freeze video, and continue with audio, or display the buffering wheel with a frozen screen. If you fast forward or pause sometimes its jumps backward minutes and replays the previous few minutes of the recording, only to get hung up at the same spot again.

I have rebooted everything (router, modem, Tablo, etc.) multiple times when this happens - no affect. I have unplugged the hard drive and watched TV live without the hard drive attached - the issue still occurs. I do not believe this is a hard drive issue. WiFi signal is strong, 5 GHz band, and the WAP is within 10-15 feet on the same level as most receiving devices . I can stream 4K Netflix or Amazon Prime movies to a single TV with no issue in data transfer speed or buffering. We use Fire Sticks to receive the video from the Tablo and it is an issue with both the standard and 4K Fire Sticks, as well as with my iPhone.

I am certain this is not a “true” reception issue, but an issue created by the Tablo. I have tried a 5G/LTE filter in the coax line to the Tablo - no change. There is no cell tower within miles of our house anyways. I have an outdoor antenna, a RCA Compact Yagi VHF/UHF that is listed as having a 75 mile range, mounted about 12 feet above grade. The coax cable length from the antenna to the Tablo is maybe 30 feet, give or take. All the broadcast towers are between 24-29 miles away, all in the same direction - 183 and 185 degrees, and are virtually line of site (except for some trees). I can see the towers at night from the highway about an 1/8 mile from my house.

I have connected a cheap indoor antenna directly to my TV and I get great signal with the cheap antenna inside. I tired the cheap antenna on the Tablo and we still had the same issues with live TV and recordings.

The Tablo has the latest Firmware update ver. 2.2.42, but this was an issue with the previous firmware versions anyways.

The Tablo does sit right next to my router/WAP, so maybe that’s the issue? I would not think the router would interfere with the Tablo.

I have run out of things to check. My only conclusion is that the receiver in the Tablo is going bad. Any thoughts or suggestions would be welcome. Sorry for the long post and thank you.

The only thing I can think of, is have you ran a new channel scan?
Things change, the networks do maintenance, change power on sub-channels, etc.

I second this. You seem to have most of the other common causes ruled out so I’d start with the cheap option of a power supply. I had general oddness with my Tablo that I just couldn’t figure out a few years ago and on the suggestion of others tried a replacement power supply and viola, problem resolved…

Here is the link to order one directly from Tablo… 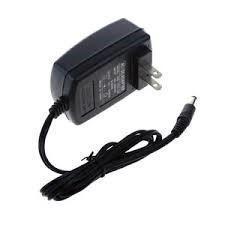 virtually line of site (except for some trees)

Did you say trees?

that has all changed as of about 6 months ago or so.

Might also be worth thinking about what changed in your household about 6 months ago. Are there any new potential sources of WiFi interference (i.e. new gadgets) that you installed around that time? Home renovations? Changes to your network setup?

Yes, I recently did that as well.

No, nothing has changed. We have the same appliances, same network set-up with the same hardware.

Worked fine with the trees there before, and the trees aren’t that thick anyways. I can get solid signal on my internal TV tuner with a very small indoor antenna connected to it. This signal issue was not a problem on the Tablo for the first 2 years we lived in this house.

That is a great suggestion, and I never thought of that as a possible issue. I will try this!

I agree with the others to try a new power adapter.
Even if it doesn’t help now, it’s good to have a spare on stand by, cuz they do not last forever.