Just installed Tablo 2, can’t stream Wfaa channel 8 even though sysyem shows all green…only channel I have a problem wirh

I don’t think there is much information available in this post - not even the tablo app in use.

You tried to play the channel and - Nothing happened, tuner unavailable message, weak signal message, loading message, or even worse Pennywise the Clown appeared on the T.V. screen.

Frisco myself. WFAA is that hard to get VHF station. Once I got a good attic antenna, it pretty much solved it. Still spotty on some occasions, but most of the time it’s good. Some say that WFAA tends to float too much. Not sure if it does.

WFAA is that hard to get VHF station.

@Jimadean If you’re using a flat antenna, not all of them are designed to pick up VHF. That might be your issue!

or even worse Pennywise the Clown appeared on the T.V. screen.

Thank god we’ve never had to address that particular issue.

I have a MOHU SkyHDTV antenna mounted in the attic of our 2 story. The application shows all for the channel in question.

@Jimadean - So it’s showing 5 green dots in your channel scan on your Tablo, and the channel shows up on your live TV grid guide, but when you start playback nothing happens?

Yes, it clocks for about a minute and returns an error message saying unable to stream channel.

Yes, it clocks for about a minute and returns an error message saying unable to stream channel.

Do you have a hard drive attached? You need one in order to stream more than 1 thing.

Can you try doing another channel scan and see if it’s still showing 5 green dots?

yes, I have a 1 tb hard drive attached. The error message specifically says unable to stream live, and then it goes into reconnecting mode which takes about 30 seconds before I can watch anything else. Just rescanned and now the WFAA channels have one red dot.

I had local VHF issues in my area on one particular channel. I fixed it by dumping the leaf antenna and installing this antenna with the VHF pickup. 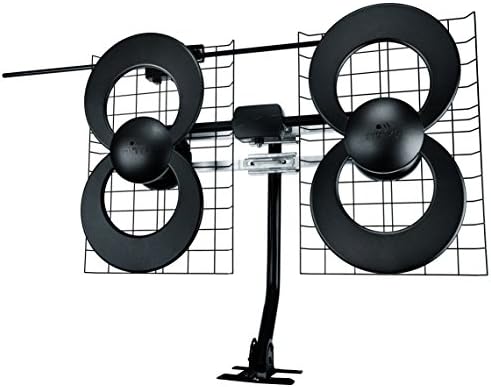 I have a MoHu Sky but found that it was more consistent when either outside or place in a window and had a power injector or amplifier. Using it inside and being off just a few degrees use to cause some channels to have signal fluctuations.

I spent a lot of time with it plugged directly into a TV so I could use it’s signal meter to monitor troublesome channels so that I could adjust the antenna.

I finally gave up and went with a clearstream 2v for the tablo when it was on sale at bestbuy. Too bad the 4v model listed above was on sale last week for $80.

But I do use the Sky mounted downstairs in a window for direct TV connect so I can old school channel surf.

I have this antenna - even the giant antenna has only a small VHF dipole. It works well, but likely could be improved for VHF reception in particular.

As a joke I built a bowtie antenna from examples on the web. I hooked it up and it gets more channels than my purchased antennas I was using. I have it hooked to tablo upstairs, will mount in attic at some point, but hate to move it since it is getting like 39 channels in my area.

Just some wood and wire mostly. I saw that you can use coat hangers, but striped some electrical wire I had and used that. 12 or 14 amp wire, heavy duty stuff

I live in an apartment in Wylie, over 40 miles from the Cedar Hill trasmission towers. It is covered in stucco with wire mesh. I am on the north side, on the second floor of a 4 story bulding so I have a lot of wire mesh and building between my antenna and the towers. I tried the leaf and no channel 8 so no Americas Got Talent. I laid the leaf antenna on the balcony and picked up channel 8. I went back to Frys and got a small RCA outdoor anetenna and a Channel Master Omni Directional Smartenna. Both worked on the patio but the Smartenna got a better picture and more stations. I kept the Smartenna. It is almost invisible on the balcony. I get minor distortion in about 5% of the recordings but nothing that stops me from watcing the show. The distortion is usually minor in the center of the screen. Channels Fox, NBC, ABC (8), CBS, 21 and ION and their sub channels are as good are as from Spectrum cable. The INDs are transmitted in lower resolution from the tower. I never see distortion in the live tv. I will try a preamp for the ditortion but I am enjoying what I have. I think the key is the antenna. Frys was good about letting me try things and returning what did not work. When I got the right antenna, everything else fell into place. Being in an apartment limited the antenna that I could use.

Forgot - tablo hardwired to the router.
40 feet of coax from antenna to Tablo, including 5" flat entry coax splice.