So I just purchased the Tablo subscription and it automatically set a series recording for a couple of shows I assume we’re suggestions based on my OTA channels. I didn’t want any of them and was able to erase all but one. I’m left with this one crappy show, none of the “record buttons” are selected (the buttons remain grey) but it will not let me delete the crappy CBC show. See attached pics. Any advice? 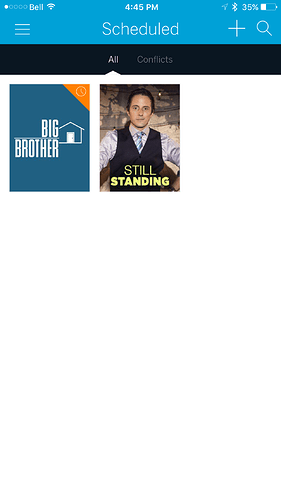 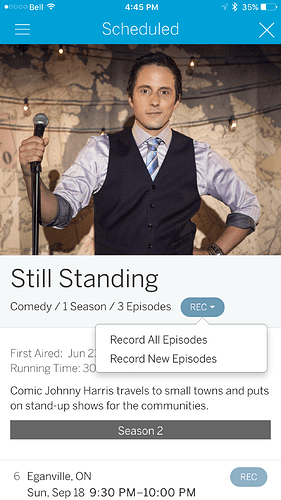 If it is grey like that, the show is no longer scheduled. If you refresh your screen (or just exit and come back in), it should go away from the scheduled page.

I’m left with this one crappy show, none of the “record buttons” are selected (the buttons remain grey) but it will not let me delete the crappy CBC show.

Yeah, that did it. Removed and then re-added the channel
and it’s gone. Thanks man.

@MisterJoji That is interesting. Sending this to our team to check out.

I recently moved to a different city and have the same issue, except I can’t add the old channels back into the Tablo. Can’t delete the 2 programs from my scheduled list, even though they are available on new channels in new market.

How do I get rid of the programs from my scheduled list?

@jimzix You should be able to remove the scheduled by navigating to:

http://my.tablotv.com/ > Scheduled > Select the series > Tap the ‘Rec’ button > Remove schedule.
The process is very similar (if not exactly the same) on the rest of the Tablo apps (excluding the Apple TV app).

Did that for 10 out of 12…the 2 remaining hung around for more than a week, then finally disappeared. Thanks for the reply, though, and happy new year.