I’ve viewed recorded shows using my Tablo via a Fire TV stick for awhile now (2 months or so), and I’ve noticed that with each recording, there are usually specific spots where it seems to get stuck, and the buffering message appears. If I fast forward and then rewind to the same exact second, it consistently hangs. Usually I have to just fast foward and move on (meaning I miss 15-30 seconds of the show and hope it wasn’t an important plot point). This is moderately annoying with most things, but will be really annoying if I’m trying to watch an NFL game.

Is this a known issue that others are experiencing as well, and if so are there ways to mitigate the problem (use a Roku stick, or a different hard drive, etc)?

Any of your experiences or ideas are appreciated. Thanks!

It does seem to happen more frequently when the signal is poor, but I’ve seen many instances where the signal appears to be just fine and it still buffers for no apparent reason.

I haven’t tried using other viewing methods yet. The next time it happens, I’ll try viewing the same clip from my phone and computer and report back.

Since it’s the exact same spot every time I would say it’s unlikely a WiFi problem causing buffering. Are you running the FTV Stick on the 2.4 GHz band or 5 GHz band? The 5 GHz band is faster and I found I needed to use it for Tablo streaming.

I got busy, so it took a little while to try this. In the 2 latest recordings that I’ve watched, I watched using the Fire Stick first. Then when the buffering message was displayed, I made a note of the time. Then I tried it on my phone and on my laptop at the same time, and there did indeed seem to be a poor signal at that point. The laptop managed to keep playing the audio, but the video hung. The Fire Stick app handled the recording with poor signal worse than either the phone or laptop, so I guess I need to keep experimenting with antenna placement? I have a Mohu Leaf antenna, which had good reviews and I thought it would be sufficient. Guess I need to research antenna placement and options on that front now.

Thanks for the help so far!

The Mohu Leaf 50? This is an amplified antenna. How long is the cable from the antenna to the Tablo?

It’s a Leaf 30, and the cable is the one that came with it (about 8-10 ft long). I went ahead and did a look on the TV Fool site and ran a report for my location (results at http://www.tvfool.com/?option=com_wrapper&Itemid=29&q=id%3D8e0390288613fa), and it looks like the towers for all the channels that I care about (CBS, NBC, ABC, Fox, CW) are less than 20 miles away. Is the Leaf 30 just underpowered? I’ve experimented with positioning it in a few spots in the Tablo’s room, but haven’t found a spot that I can receive all channels well. I could try a different indoor antenna, or maybe moving it to the attic if that has any likelihood of improving reception. But then I’d need a longer cable, which might be counterproductive…

You could move the Tablo to another room if that is where the antenna has to be to get the most stations. Just depends on electrical outlets and window locations.

The Tablo has a 1x4 splitter in it which causes quite a bit of signal degradation. Using an un-amplified antenna such as the Leaf 30 is likely not a good idea. 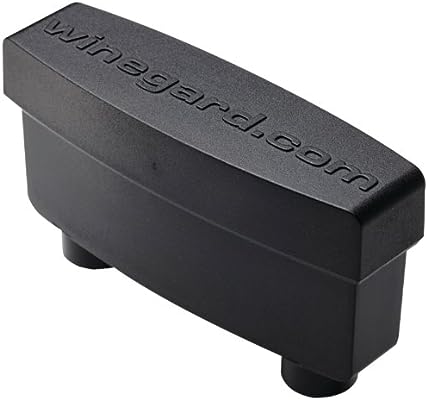 I just got a Fire TV Stick, and noticed when watching live, it does not fill the whole screen like it does when I watch directly on the TV. This is on stations that are 480p on my FireTV Stick. The commercials do though.

That is likely an issue with how the Fire TV player renders standard definition content. It plays 720p and 1080p content fine. As well, totally unrelated to the issue the OP is having.

I just disconnected the FireTV Stick and checked Roku. The Roku Preview and released version also have this. This is using the 2.2.3 beta firmware, so I don’t know if it is related to that or if others not on the beta firmware are also having this issue.

According to Tablo, the internal 1 to 4 splitter is amplified - so their should be little to no loss from the splitter.

I use a Winegard HDA-200. So yes there is enough loss caused by the splitter in the Tablo.

Fire tv when watching live tv remotely stops and has buffering circle then just stops and player disconnected message comes up. It usually runs 1 to 2 minutes before stopping. Can watch chrome cast with no disconnect or buffering. But would rather use fire tv because to watch chrome cast I have to start computer.
Has therebeen any new fixes that makes fire tv work in remote viewing.