One of the television stations I’m trying to pull in is 64 miles away in the UHF band. We watch this one station probably 95% of the time. When I first set everything up months ago, maybe once a week we would notice a drop in the signal. The problem would go away after about a minute and was tolerable. Now, with the warmer weather, the signal drops out constantly, to the point where programs are just unwatchable. We will go days without a problem, but then the last two days have been a nightmare! Totally intermittent, no rhyme or reason for it.

This is my current setup: I have two 60 mile Yagi antennas - one points basically West, the other South. The South antenna is the important one. Both antennas have a Radio Shack 30dB amplifier (15-1109) on them. After the amps, both antennas are combined on a ChannelPlus splitter/combiner, then directly into the Tablo. There are no other devices on the antennas.

My question is two parts:

1.) Is there anything obviously wrong with my setup (the two antennas, the amps, etc) that would stick out causing the issue? I will add I’ve eliminated one antenna entirely (just had the South antenna connected by itself with the amp) and still have signal loss.

2.) What is THE BEST antenna out there to use to pick up a signal from 64 miles away?

The setup you have would seem to be your best bet, but the change in weather may indicate a need to do some investigative “re-pointing” to get best signal.

link is for the TL;DR details
http://www.dxfm.com/content/propagation.htm

I believe the antenna is pointed directly in line with the transmitter - or at least the best I can get it. With the Tablo not really having a usable signal meter (my biggest gripe with the unit), I pretty much drew a line on the map between my house and the transmitter and pointed the antenna in that direction. So I guess a follow up question, is there something out there that I can use to get a reasonable signal strength percentage for this channel as I am aiming the antenna?

For the amplifier… The four that you listed (Winegard, Kitztech, Channel Master, RCA) any recommendations on a specific make/model? Really, looking for the best - I have no problem spending a little money on quality.

The current antenna I am using is listed as “60 mile” Yagi with a gain of 15dB. Looking around, I can find a “80 mile” bowtie with a gain of 25dB. I know the mileage rating is more marketing than truth, but would there be a performance difference between the Yagi and bowtie antenna?

as far as the pointing, I typically use my small “kitchen TV” hooked directly in to the antenna if I want to re-point, for the simple reason that I never found a signal meter that I could use at a price I was willing to pay…

as far as the gain numbers, if you have a higher PASSIVE gain due to the antenna elements, then the bigger number indicates a more sensitive antenna (and typically more directional- so a smaller difference in degrees will cause other stations in slightly different directions to have signal drop-off more readily). I would suspect that the 25dB antenna gain is ACTIVE gain (an amplifier either built in to the antenna or attached), so your results may or may not be better than the one you already have.

Its not perfect but I have had great success using the Winegard RFL-332 SensarPro… Its actually made for RVs. It replaces the original inline signal amp, giving the owner both an amp as well as a meter to help alignment.

I mounted it in a small AC/Wall box, added a 12V supply and ready to go… I got it from amazon, warehouse deal for $40. Additional hardware to build it I purchased locally. Already had a 12v supply.

Have less than $50 in the whole thing. 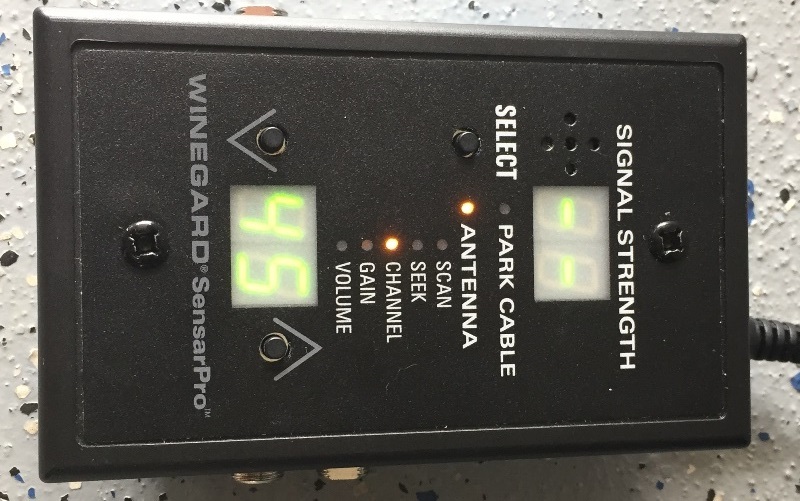 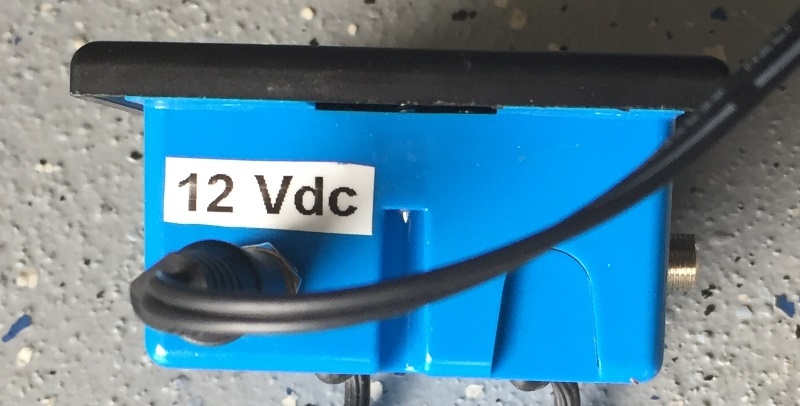 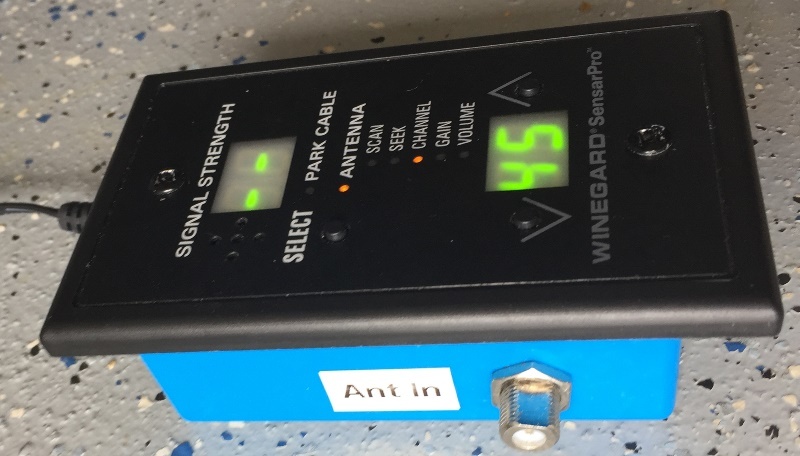 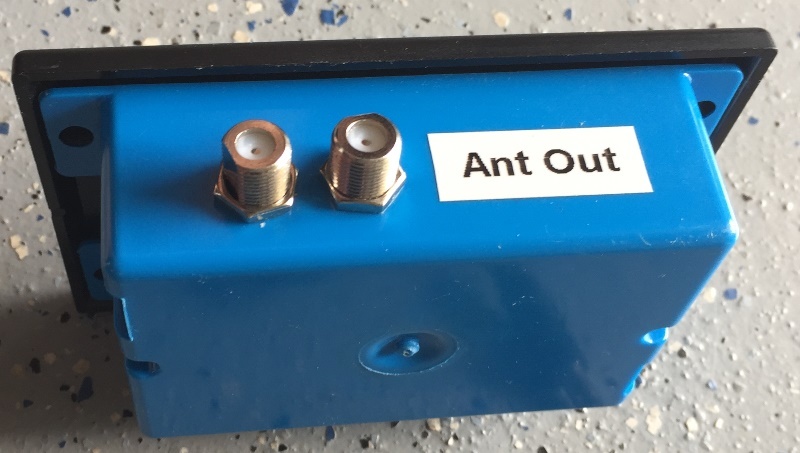 Thank you everyone for the suggestions. This is exactly the information I am looking for.

I’m going to replace the amp first and see where that goes. Seeing as I have a signal, just not a solid one, occasionally. If I still have problems, I will then replace the antenna.

I found an old DTV tuner I had that has a signal meter of sorts - it’s just a bar, no actual numbers. But using a ruler I was able to figure out a rough percentage:
No amp - 71%
Radio Shack Amp - 88%
I have an old Channel Plus amp that was given to me years ago and just for giggles hooked it up. Got 76% with that. Of course, tonight I wasn’t having any problems with the signal so go figure!

I like the idea of the Winegard RFL-332. Three questions…
1.) Do you know what the gain is on the built in amp? Tried to find that on their web site but didn’t see it.
2.) Is the built in amp bypassable?
3.) Looks like to use this without their antenna, I would have to install a DC block? (not a problem, I have several of them)

Well, this thread is completely useless now, seeing as 4 posts with some very good information are missing. Shame, really. Thanks again for everyone who replied, at least I have the email notification with the information I need so not a total loss on my end.

What posts are missing?

For the preamp the noise factor of the amp itself can sometimes be more important than the gain.
Some amps are terrible, some okay and some exceptional.
I think Channel Master has good ones with low noise. They also seem to automatically adjust the gain so that strong signals don’t overpower it.
I’m using the stronger one ( 30 db?) and it works well will low and high powered channels.
I supposed if you lived next to a TV station it may be a bit too much.

Four posts from user “MarkKindle” - he had posted specific antenna and amp make/models that was useful, but they were removed for some reason. I know they were there because I have the email notification and luckily, the same email contains the posts. So I still have the information, it’s just not viewable on here. Just seems weird to me.

Sure you’re not thinking about this thread?

I use a Yagi and am 45 miles away over flat terrain. Recommended.