"The antenna can be tiny.

With a big enough antenna installed high enough on your roof, you can pull TV signals from more than 60 miles away.

The problem is, the average person doesn’t want to install an outdoor antenna and snake cable to all of the television sets in their house. ATSC 3.0 changes that.

While logistics of the antenna aren’t finalized by any means, industry leaders have floated the idea of a small antenna that would plug into the back of a television either through an HDMI or USB port. Wouldn’t that be convenient?

It’s much easier to sell a consumer on a gadget that you plug into a port and automatically receive local channels for free after tuning the TV than convincing them to buy an antenna, find the perfect position for it and hide the cords."

ATSC 3.0, a new standard in over-the-air TV, may be coming sooner than you think, and it offers a ton of features, like 4k and more. Get all the details!

LG has demoed an ATSC 3.0 antenna that has wifi capabilities embedded:

Cnet had a pretty nice article on this too. Seems almost too good to be true, but they also say that it is not going to be rolled out in the next 1-2 years.

Time will tell, but this does look promising. I would be happy with just eliminating the 720P signal and moving to 1080i and 1080P as the two broadcasting options.

ATSC 3.0: What you need to know about the future of broadcast television

What's ATSC 3.0? Just the next generation of over-the-air TV. Even if you don't get your TV with an antenna, it's going to affect you.

The miniaturization of the antenna in ATSC 3.0 is also geared towards smaller mobile devices such that they could also become OTA reception targets.

Awesome article. Thanks for sharing.

I don’t understand how the antenna could be tiny… Does anyone have a link explaining it?

I read the IP-based comments, but that means not OTA, that’s more streaming based.

Or they’d have to change broadcast frequencies to be MUCH higher in the spectrum. Current VHF/UHF at the given power levels can’t have a “tiny” antenna. 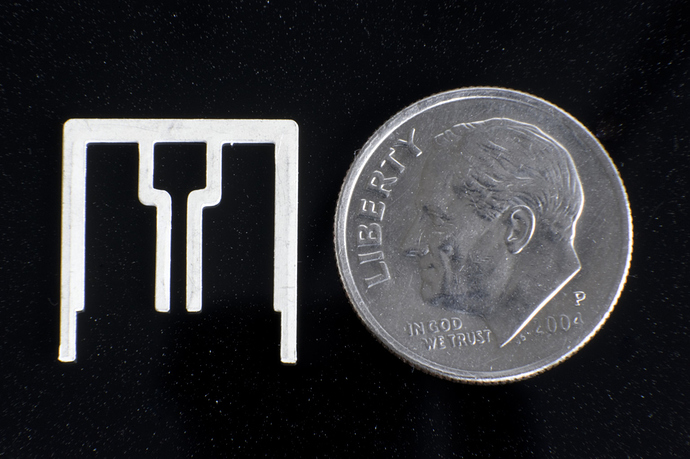 The only thing I can figure is that they could broadcast similar to cell phones. Lots of low power towers all over the place with IP packet radio (sort of). I’m afraid that those of us out in the boonies will lose out (again).

"To account for this major shift, the ATSC standards body had to rethink the very notion of broadcast reception. At the physical layer of ATSC 1.0, there was only one operating point. In lay terms, back with ATSC 1.0 broadcasts were strictly targeted to rooftop antennas, not to mobile devices (there were no multimedia-capable mobile devices in the early days of ATSC 1.0).

However, in and around the ATSC 2.0 time period, there was the introduction of ATSC Mobile. ATSC Mobile added these operating points so that you could add more levels of robustness to target mobile devices. More robustness, however, means less packets and lower quality. That’s unacceptable with today’s higher resolution devices.

In ATSC 3.0 that’s all changed for the better. Now, there will be a huge range of operating points from the rooftop antenna mobile all the way down to the operating point where the signal is 3db less than noise. In other words, you could potentially watch TV in a tunnel.

To illustrate this point in practice, Rich related a quick story about a demonstration in Cleveland a few weeks ago. They took an old TV transmitter that had been used during the transition to HDTV. That transmitter had been dark for years. They then got an experimental license from the FCC and implemented one of the candidate proposals for the ATSC physical layer and put it on air to use as a proof of concept. The intent was to get real world programming and start transmitting.

ATSC 3.0: A New Broadcast Standard for the UltraHD and Mobile Age

This is a fascinating article on what constitutes a good signal in ATSC 3.0 and how to achieve that:

Capital Currents: What is a “Good Quality” ATSC 3.0 Television Signal?

The North American Broadcasters Association has an excellent overview of the ATSC 3.0 transmission spec, mission and purpose (see the document link below):

The Next Generation of Terrestrial Broadcasting

• The traditional “high power, high tower” single transmitter approach of
broadcasting may need to be modified. While fully cellular network models
are probably cost prohibitive, a hybrid model of a central transmitter with a
small number of lower-power macro-cells to complete the service area
deserves consideration. The “macro-cells” could be either on-channel
repeaters or utilize different frequencies. Both have advantages and
disadvantages that should be considered.

• For antenna sites, it’s encouraging to look at a hybrid model – a large-power
centralized stick to cover the broad breadth, and then fill-in where necessary.

Perhaps there could be an alpha factor to blend the amount of a central
radiator versus the number of repeater sites.

• Coverage indoors would be improved by transmit diversity. This refers not
only to the strength, but also the directionality and orientation of the antenna.

I look at ATSC 3.0 with optimism today whereas previously I was pessimistic. Cable TV should be sh*tting in its pants given the capabilities of ATSC 3.0!!!

Does anyone have any idea what the DRM capabilities in ATSC 3.0 will be used for? I have seen it mentioned/listed in specs in multiple sources but have not read anything about how it would be used in the real world. My fear would be that it could be used to prevent one from recording or to charge for OTA service in some way - but I have never heard anyone even suggest that this might be the case so I hope that is just my imagination getting the better of me.

OTA is gaining (4% increased usage in 2015). ATSC 3.0 should make it easier to get it along with new interactive capabilities. Stick around Tablo - ATSC 3.0 DVRs will certainly be interesting…

“Does anyone have any idea what the DRM capabilities in ATSC 3.0 will be used for?”

ATSC 3.0’s multi-stream distribution facilities has interesting possibilities. If the OTA feed dies, an IP based stream can take over at the point of breakup. Multiple feed types OTA means the failure of one device at home (its feed) can be instantly replaced by a different device (and its associated feed). There should be less and less points of failure. This has interesting significance for DVRs… LG has demonstrated an ATSC 3.0 OTA antenna that distributes the OTA feed through wifi streams to multiple devices (sort of like an HDHomerun built into the antenna).

The ATSC 3.0 transmission scheme has implications for the channel repack. It also allows for a wider bandwidth than the current 6 mgz channel boundary with less interference. The repack will make the frequency spectrum more efficient with less gaps when the ATSC 3.0 architecture is used. In fact the channel repack assumes an eventual ATSC 3.0 transmission structure working hand in hand with it.

The Trump era will certainly be exciting for OTA…

The ATSC 3.0 architecture reminds one of the OSI architecture - all the way from the physical layer to the presentation layer as described here:

Unlike traditional OTA feeds which are continuous streams, the ATSC feed will be packet based. Notice the inclusion of HTML5 at the presentation level.

Whole new ballgame. Including, as noted above DRM, (or as the architect in the document describes it “selective access” LOL).

The Aereo antenna was that small because they relied on the fact they were setting them up very near (or pretty much ontop) of the broadcast towers on building rooftops) so a huge antenna wasnt required.

I am very skeptical of ATSC 3.0 working with an antenna of that size say 40 or even 60 miles out thru walls connected to an indoor device.

In fact there are companies now addressing the equipment changeover for ATSC 3.0:

The ATSC 1.0 hardware structure will not solely form the backbone for ATSC 3.0 because it is too restrictive and limiting.

Thanks for educating me a bit on ATSC 3. I curious about the transmission infrastructure. The GatesAir seems to be geared towards updating the big central antenna platforms. Did I interpret that correctly or is there a move to network of smaller towers like cell phone networks?

It appears that its going to be a combination of centralized broadcast antennas and distributed transmittors (a la cellphone). ATSC 3.0 as a spec is meant to address both stationary and mobile video delivery. The word “hybrid” is used continuously throughout the ATSC 3.0 specs. That’s why there will be simultaneously multiple feeds and streams geared towards different device types, sizes and locations. So its a complete reconceptualization of OTA - not only for traditional stationary television sets but the whole range of video-enabled devices (from moving cellphones to tablets).

This changes the encoding as well so that it jibes with Internet technology and complements it (and vice versa).

This whole new approach will assuredly impact DVRs and their capabilities.