I was reading a review written in 2019 on Techhive for the network Tablo Quad. There was an interesting picture of the linear guide where the artwork appeared below the show selected. I’ve used the Roku, iOS, Android, web, FireTV and Windows 10 Tablo apps and have never seen this view in any of them. Anyone know what app this is (or if it just something the apps used to do but don’t appear this way any longer)? 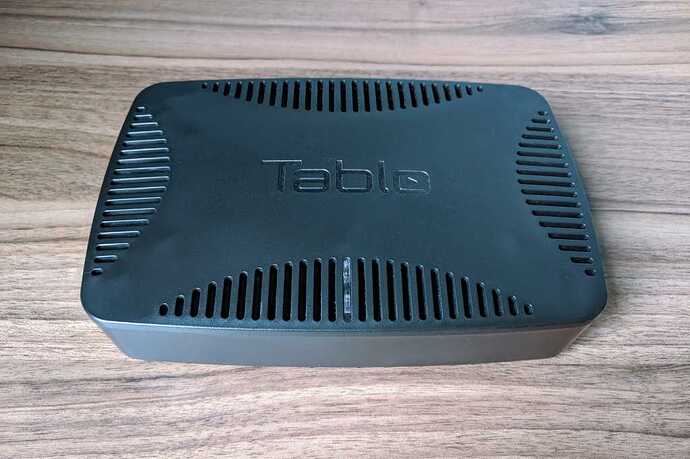 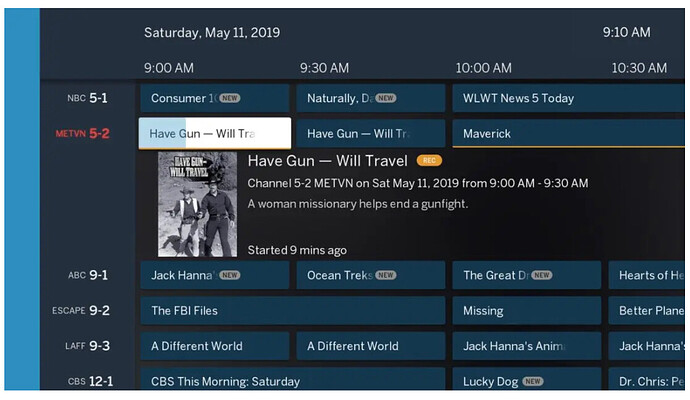 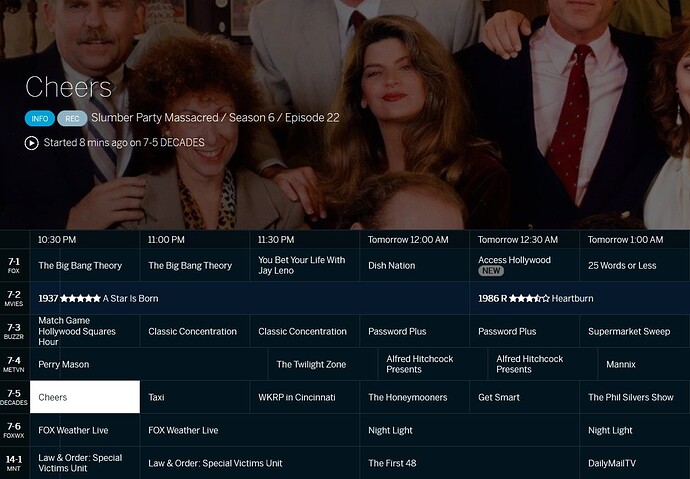 image1255×872 97.5 KB
The pictures attached is what appears now, the summary is at the top of the screen instead of splitting the channel list. The pic was done on the Windows 10 app, but it is similar on the Roku & FireTV apps.

I can’t remember when it changed from the picture you shared to the new format, but it has been a while…

I want to say that UI was one of the “apps” (like Apple TV/IOS), not Roku or Web. Can’t remember.

I believe that Was the Apple TV UI. Currently it looks this way now … 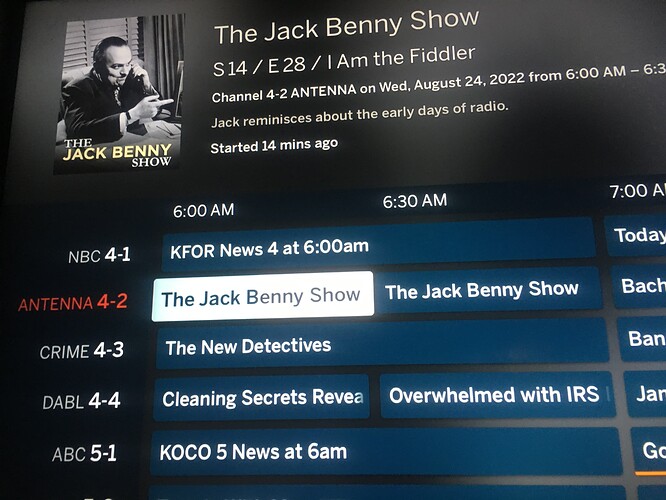 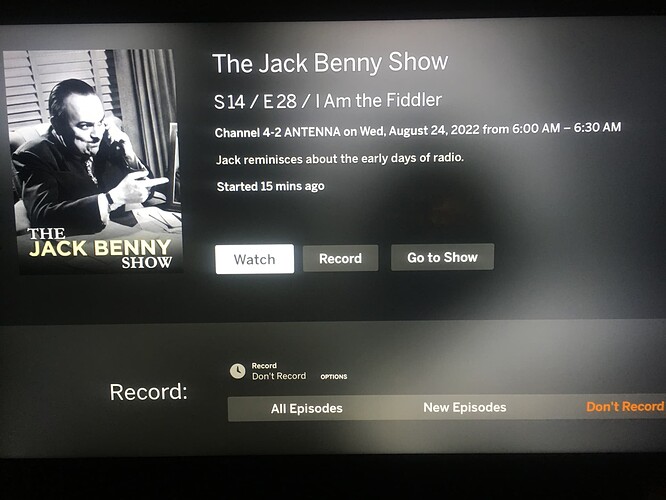 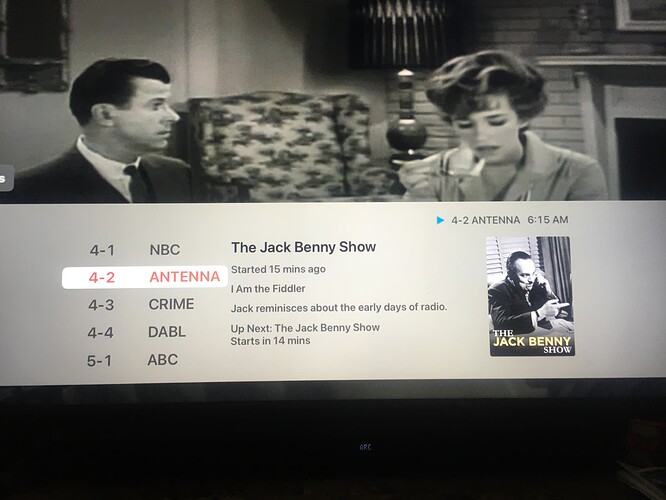