I have my 4 tuner Tablo connected to my network via cat 5. My two Apple TV 4’s are connected via powerline adaptors. Hard Drive is a 2 TB Seagate Expansion. When watching live TV the video will pause occasionally to buffer. I have tried the top three quality setting including the “recommended”. This occurs on both of my Apple TV but not my PC or my iPad or iPhone. The interesting thing is I have no buffering with recorded items, even at the top quality settings. Tablo support has had me try the new Beta Firmware for Tablo as well as reinstall the apps on my Apple TV. I also tried wireless just to rule things out.
Hoping someone here might have an idea.
Could it be the read/write speed on my hard drive since watching live TV would tax that process?

Also, you didn’t mention which router you have, but many of us have found that choice of router makes a big difference.

Finally, antenna signal quality enters into the equation… with my old antenna, I tended to see buffering on channels with the weaker signals. Now, with my new antenna which has really strong signals on all my channels, I see almost no buffering.

Tried with Enable Fast Live TV off with no improvement. My router is a Linksys not sure of the model but it has no issues with recoded streams from the Tablo. I am at work so I cannot check the model of the router.

@arobe79 It’s odd this is only on live TV - but can you try the Apple TV’s on Wi-Fi, just temporarily? We’ve occasionally seen some throttled speeds for these adaptors, depending on the setup.

No luck with that either. Still buffering

I have a 4 tuner connected to our network with wired ethernet. 4 Roku devices on wireless with no issues. I just bought an Apple TV which works great for everything when connected via WiFi except for the Tablo App. The Tablo App on my Apple TV is useless on WiFi and only works well when I connect the Apple TV to wired ethernet.

One could argue that my WiFi is the issue but, I have no other WiFi issues and in fact my Roku Stick in the same exact spot has no Tablo app problems on the same WiFi.

So for me, the combination of Tablo, Apple TV and WiFi is a complete fail. I suspect that you are experiencing a similar issue with your power line setup. It’s worth noting that I have never had any luck with powerline adapters either (not with Tablo, just in general).

Try finding a way to connect the Apple TV to ethernet with a long cable or something back to your router just to test it out. Chances are, when you connect through wired ethernet, your problem will go away.

I too have noticed the same issue. Again it’s only watching live TV on the Apple TV 4 only. iPhone, ipad, and mirroring to older apple tvs there’s no issue. But using the Tablo app on the Apple TV 4 it’ll stop and buffer all while I can continue to see the program feed bar continue to fill up with the content of the show while it spins around and buffers. Tuesday it took till it filled about 2 minutes of WHEEL OF FORTUNE in the buffer before it resumed. About 3 minutes on family feud yesterday.

Any one make any progress on this?

Buffering in general is usually network related. It’s best to take a look at the basics first, and make sure it’s not app/client specific. Check out a few of the suggestions here.

I have tried these

I am having the same issues! while watching Live OTA TV. I can either wait for the buffering to stop or close it out and select the TV program again. Apple TV 4, WiFi, 720p-3 mbps. Is the new update going to resolve this issue??

My Tablo updated today and I was able to watch live OTA without the buffering.

I updated the apple TV to the recent update and haven’t had any more issues. Not sure if it was the update or the fact that it was rebooted during the update?
Still waiting on the Tablo update to get pushed to me…

What is your quality setting. If I go above 720p 5 Mbps I get buffering on live TV. Even with the update v

That’s what I feared. My recordings work fine at higher quality but live TV gives me fits

I’ve been watching Live TV for the last hour without a hiccup. I just don’t get it. How could it be a network issue like Tablo support suggests?? I think it has more to do with either the apple TV or the Tablo or both? Again, not sure if it was the apple TV update or the apple TV reboot…

Experiencing the exact same issue - constant buffering on live TV only. No other app (Netflix, Hulu, etc.) having this issue so it has to be the combination of Tablo + Apple TV4 + wifi. Have reset Tablo and Apple TV more times than I can count now with no change. 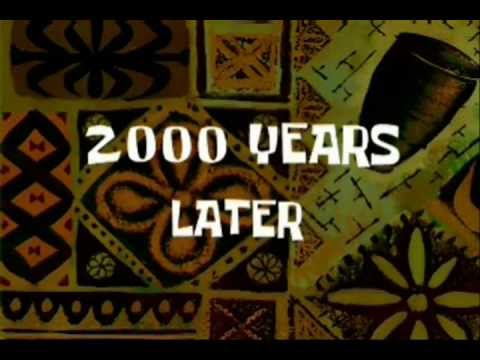 On the serious side… are you constantly seeking in the time line and forwarding it all the way to the right most/live side of the bar? The streaming player is kind of bad about leaving it enough room after a fast forward to NOT get caught under a buffer underun and so after seeking to as live a point in time as possible the player will trip up and pause for buffering (when in reality nothing has change, there is always a period of time delay between live and what you see which is stuck in this buffer period, always) If you seek and pause often, consider staying 10 seconds away from the end of the stream.