Amazon Recast DVR is nearly three weeks away from release date. Since it’s announcement, there have been pre-release changes and improvements, it’s been evolving even before coming through the starting gate.

Pluto TV channels will be available in the Recast Guide / Grid, right along with your OTA channel lineup. Users may select all, some or none, to appear in the guide. For those who wish to incorporate some or all of Pluto’s offerings, they will not be mixed in with OTA, but appear in a separate grouping, just below the OTA channels.

So you’ll be able to scroll through your OTA channels, then find the list of Pluto channels in a separate grouping after that.

For those wishing to see some of their favorite Pluto TV channels without having to scroll through the end of OTA, you can mark them as “Favorites” and they’ll be in your Favorites group in addition to the Pluto grouping.

Although you will be able to see these in the Channel guide, you will (of course) not be able to record any of the Pluto TV content. Fantastic ancillary benefit, nonetheless.

*Look for news and details on this over at Cordcutters dot com, Cordcutters news and AFTV news, sometime over the next week or so.

This reminds me of the LG smart TV (WebOS) that has several levels of guide available. At one level, OTA channels can be interleaved with ChannelPlus channels; at another level both can exist separately. Or one can designate which mix of channels one wants in the guide.

With all of these features will Recast work when the internet is down?

Exactly. Also, like the Channel Master Stream +, into which I have about twenty Pluto TV channels loaded. One difference (small one) is that in order to interleave Live content (such as Pluto or PS Vue), you must designate desired channels as “Favorites”, and then click to the Favorite Channels section to scroll, etc.

Live (streaming) channels will not, pay services such as PS Vue will not. When the internet is down, you’ll be pure OTA.

It would be strange that Amazon designed the Recast to work when the internet is down.

The Fire TV stick sure wants to puke and force you into the internet settings to fix the problem.

You can tell it to add Pluto, but it only adds 12 channels - all of them news channels. I can’t find a way to add any Pluto channel beyond the 12 news offerings. Has anyone else successfully got more than 12 Pluto channels to load into the guide?

There will (eventually) be many more channels, the process is not fast. By the time Recast is released, they hope to have at least half, possibly more. Between now and then, there will be more. The first (small) batch was all news channels, adding on top of that as they progress through it.

Glad the other Pluto channels are going to be added in the future. In addition to Pluto, I would love to see more live streams from other Fire TV apps made available in the live guide including, but not limited to, DW, Stirr, ABC News, NDTV, NHK, Weather Nation, Weather Network, Shudder, TWiT, ONNTV, North Bay TV, Nudu, and the live streams from apps that require cable sign ins (Fox/FX, Disney, CNN, AMC, TNT, etc). And, of course, the live Tablo channels!

On Amazon’s WEB page for the Recast it says I can watch TV using my Fire TV stick. How is that possible for OTA if my Fire TV stick doesn’t work when the internet is down?

There’s a good likelihood of more live / streaming content integration, a lot more. Most likely (so far) along the lines of “channel subscription” content within Amazon. The way they’re moving forward on this, who knows what the Recast will be like, next year at this time.

A recording that I scheduled didn’t work. What happened?

The most common causes of failed recordings are:

Loss of connectivity between Fire TV Recast and your home Wi-Fi network;
Loss of power (e.g. due to a power outage or the power cord being unplugged);
Antenna not being securely plugged into the Fire TV Recast;
Issue with your home Wi-Fi network;
A change in the broadcast schedule which results in that recording conflicting with a previously scheduled recording;
The tuner being occupied for live playback; and
Transmitter inference (e.g. a weather event, airplanes) affecting channel reception or quality in your area.

Recast will also (eventually) be able to incorporate Haystack TV along with Pluto channels in it’s Guide. Content will vary, depending upon user’s preferences (as set in Haystack), and will probably be looped, single-topic feeds per category, as chosen by user.

Other than the size, this could easily be mistaken as a (typical) Amazon streaming device. 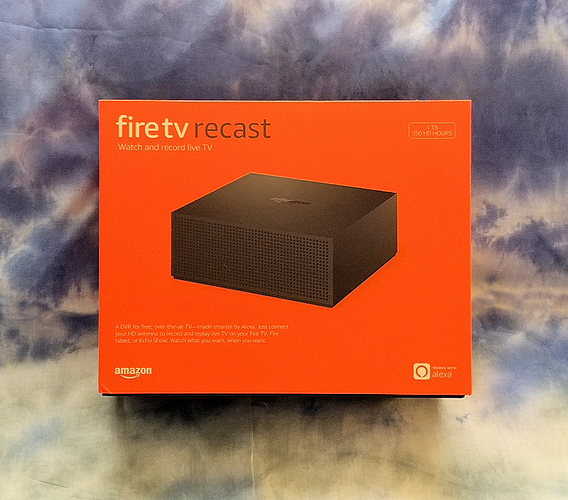 Though once unboxed, it’s something of a behemoth “chunk”. My love for gimmickry and gadgets allows me to see past that. 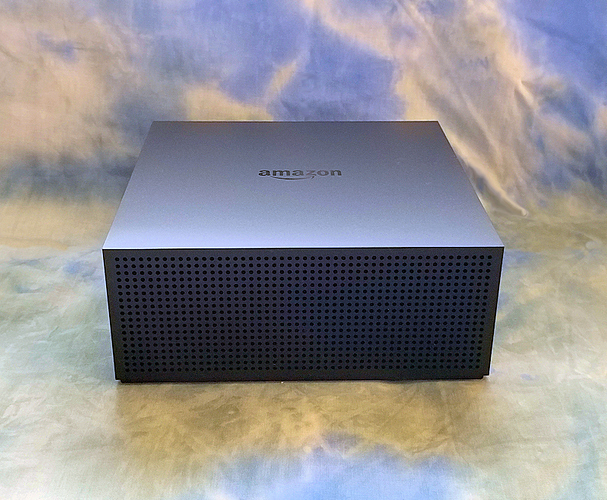 At this time, there’s just a handful of (non-OTA) live content in the settings / menu, I’m looking forward to a lot more from Pluto and whoever else Amazon decides to drag into this box.

For those who pre-ordered and paid more, Amazon makes it VERY easy to return and re-order, and you have until January 31st to return it (they even send you the pre-printed labels for UPS).

For those who don’t want to pack up the Recast and drop it off at UPS (or an Amazon locker) after the new one arrives, ten minutes on the phone with Customer service will get the difference credited back to your card.

Unlike Best Buy, Frys (and everybody else), Amazon strangely does not do (fast, easy) Price Adjustments for items bought less than a month ago. They offer back as a “Discount” instead, each done on a case-by-case basis and credited to your card.

I must be alone in not wanting a device like the Tablo or Recast to show me channels that it cannot record. Seems worthless and confusing. I’d much rather have Tablo work a deal like Silicon Dust did with their HDHomeRun Premium channels. That would be very interesting. Another source of television that I can watch, time shift and record all within the Tablo ecosphere. Um, yes please.

Philo channels can now be added to the Recast Channel Guide. If you subscribe to Philo, go to Settings - Live TV - Live TV Sources and you’ll see Philo there, along with Pluto, etc… Select Philo to add it to your Guide.

You can then go in and trim the fat. Choose the channels you wish to display in the guide, and those you wish to hide. You can also designate any of the Philo channels as “Favorites”, and they’ll show in the “Favorite” grid, right alongside your OTA and Pluto Favorites, as one group. 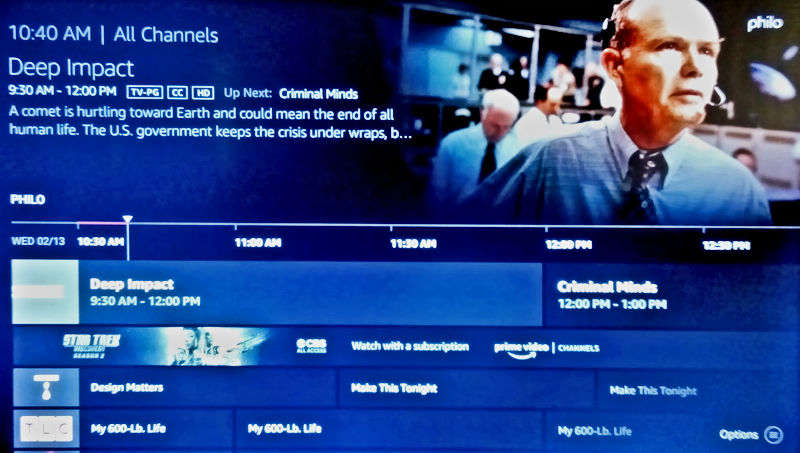 And you can Save / DVR the program you’ve launched through the Recast Channel Guide. 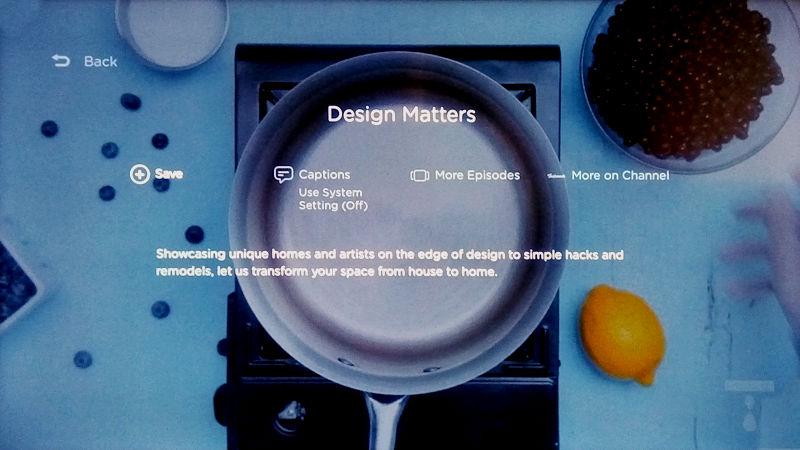 I returned my Amazon Recast because the RF tuners were extremely deficient and other let downs.

I wanted to love it.

Although it got me to discover Tablo, but waiting for the Quad. Hopefully Tablo RF tuner performance meets expectations.