ABC Program not Shown for KGO-TV in Bay Area 95120

The ABC program in my area has been grayed out for the past couple of month. I didn’t really pay attention to it until I realized designated survivor is back - President Kirkman is really cool. I was able to record it last season, and I didn’t know when ABC program stopped coming in.

So I filed a ticket to tablo support (#35897) about 10 days ago, and the case reference is #00747648. I followed up with the case two days ago, and Tablo told me “everything has been added into the lineup by our guide provider”. However I am still not getting anything for ABC. 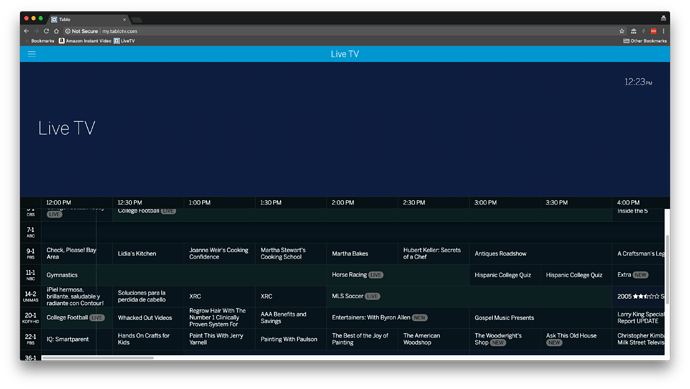 Would Table please check the data from the data provide for KGO-TV, bay area ABC station for zipcode 95120?

This happened to me a few months ago too. Table support asked me to rescan channels and KGO returned. I haven’t had any more issues since then. I think it may have something to do with KGO having an antenna at Monument Park that broadcasts at a different frequency than their main one on Sutro Tower on the same virtual channel number (7.1). It’s too bad the Tablo doesn’t show which one it is using or let us pick one. I have tvheadend running also and I can pick between the two, the broadcast from Sutro Tower has never failed me, the one from Monument Park is shaky.

See where things are coming from here…
http://www.choisser.com/sfonair.html

The only other broadcaster in the SF Bay Area that does this is KTVU (2.1), their main broadcast is from Sutro, but they also have a secondary broadcast from Mt. Allison. The Mt. Allison one is great when it works (I’m in the 95123), but it’s gotten fairly bad from time to time. Again, wish Tablo would let us pick which one we can use instead of showing the channel callsigns without the frequencies.

I can see two stations when scanning stations but one of them is shaky like you mentioned; KGO program didn’t return after rescan. I ended up using Los Gatos zip code and everything is fine for now.

Sigh, houses in Los Gatos are expensive for a reason.

You didn’t say if you can even watch Live TV.

A couple of releases ago tablo adjusted the tuner software. Some stations became not viewable because of the previous tuning. The symptoms were the missing guide and weak signal msg in the main channel. If the problem was in a subchannel the tablo might actually crash and reboot.

The support solution was to delete the channel, re-add without the channel checked - this purges the database. rescan and re-add.