A 5.1 question for the gurus

Greetings audio format gurus I’d like to turn on 5.1 recording but doing so disables playback via one of my roku ultras that isn’t connected to a 5.1 capable device (Panasonic plasma TV, who’s hdmi input happily informs roku of this deficiency…)

Question is… what are the remedies? My Old tivo and DirecTV boxes must have down converted , and the broadcast signal itself must contain both pcs and ac3 cause i haven’t encountered this issue outside of tablo which (if I read correctly) is either/or and not both.

Anyway if Roku has to see a 5.1 capable device then I’ve got to either replace the TV or hang a cheap avr in front of it? Too bad… the old 1080p plasma is a good display.

Can you just manually change the Audio settings on the Roku to “DD”? And see if it works. Sometimes the Roku device doesn’t detect what the TV is capable of properly.

I did try that – the result is that Roku can be fooled in this way, but the downstream equipment is unable to play the audio (the episode of Chicago PD is silent). my experimental theory was that if Roku could pass the AC3 to the TV, then even if the TV itself could not play the audio track (via its own speakers), then perhaps its optical out might be an AC3 passthrough. So I plumbed the TV’s optical out into a Yamaha YAS-203 soundbar and that test was unsuccessful (no program audio). So the possibilities that would explain this are:

one result that I can’t explain is that the roku navigation sounds (clicks and beeps) DO play on the soundbar. So what is different about this audio information compared to the AC3 track supplied by tablo? why would the soundbar play those sounds but not the program track? 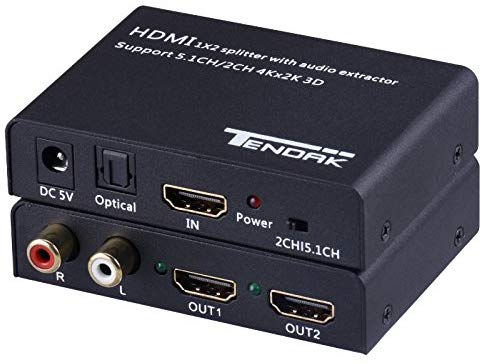 Which Roku Ultra do you have? Model 4640 has a built in optical out on the Roku.

Does your sound bar support / playback AC3 audio over optical?

This is the one I have, it works well. It can extract the AC3 audio from the HDMI. This is an HDMI switch versus a splitter which is what you posted. Can take input from 4 devices. 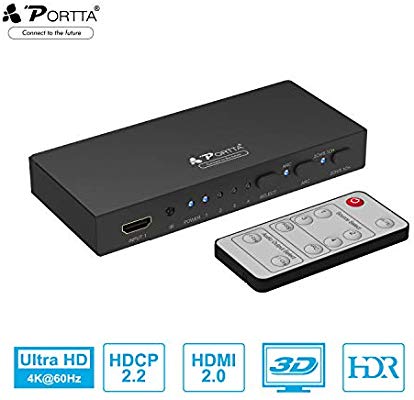 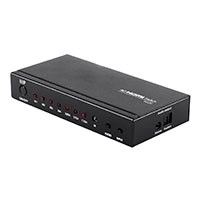 This is a high performance HDMI® switch with four inputs, one output, and separate digital and analog audio outputs. It supports HDCP™ repeater functions and fast switching between any of the four HDMI inputs. The system supports all 3D TV formats in...

Does your Roku have an optical out?

Original Roku 4 Ultra had optical out as well (not the new version… and thank you Roku for always using the same name for your devices). 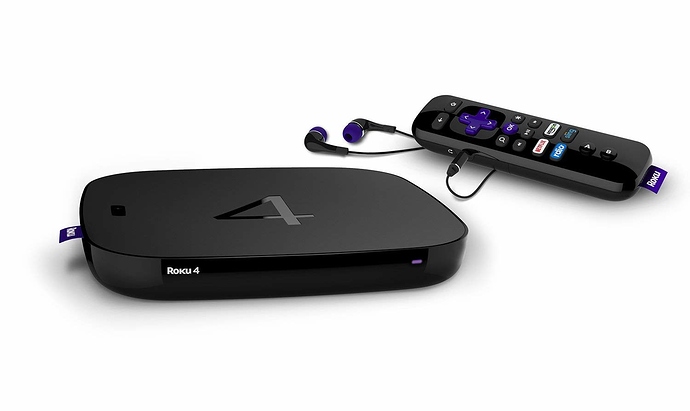 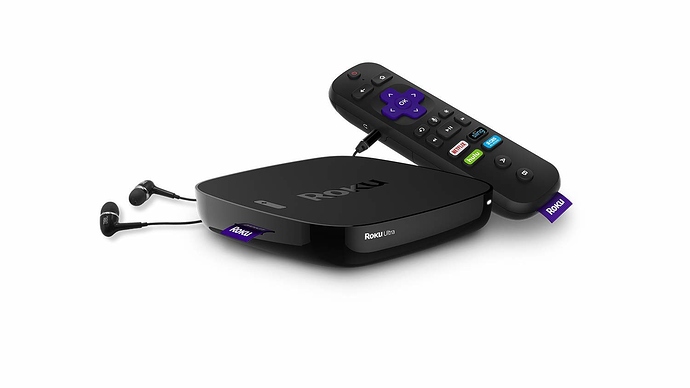 Don’t think they ever call the Roku 4 as ultra, they describe it as having streams to brilliant 4K “Ultra” HD on 4K TVs

Dude the Roku 4 is Model 4400, and the first Roku Ultra is Model 4640 - BOTH have an optical output on them. They are different units, no one here is calling a Roku 4 a Roku Ultra.

The 2 newer Roku Ultra models do not have optical out.

If you are still confused. Please read the wiki below:

Roku players, branded simply as Roku (/ˈroʊkuː/ ROH-koo), are a series of digital media players manufactured by Roku, Inc. Roku partners provide over-the-top content in the form of channels. The name comes from the Japanese word 六 (roku) meaning "six" and was named so because it was the sixth company that Anthony Wood (founder and CEO since 2002) started. A Roku streaming device receives data (the video stream) via a wired or Wi-Fi connection from an Internet router. The data is output via Progr...

I’m the one that mistakenly said “Roku 4 Ultra”… blame me for that confusion.

Not your fault, Roku’s fault with their dumb naming conventions.

It looks like what I need is the audio extract feature and use a sound bar to do the decoding. It’s still curios to me why the TV optical out doesn’t do that for me.