I have a 4-tuner Tablo with a WD Elements 2GB drive that I’ve had for only a few months. I watch using the Apple TV app. I had some initial trouble due to inadequate antenna and reboots due to weak signals, but I placed a MoHo Curve just barely outdoors on the window ledge, and haven’t had that trouble since.

Recently (last week or so), though, the video has just stopped while watched a recorded show. At first, I would tap the Apple TV remove, and it would start again. It’s gotten progressively worse, though. It progressed to loading animation for a few seconds before restarting, then inability to restart at all unless I skipped around to different recorded times.

Now, I have started to get “cannot connect to Tablo” and noticed that it was rebooting.

I might be pushing things. I do record up to 4 channels at some times of the day (evening news) and I’ve been recording at 10mbps. Both the Tablo and Apple TV are connected via Ethernet. As well, the hard drive is powered from the Tablo. The Tablo runs quite hot, and I keep it on it’s side. (The hard drive is in a flat horizontal position.)

Should I be powering the hard drive separately?

Maybe it is the hard drive, I put my hand on it, and it seemed to be “ticking” which could be retries.

I just lowered the encoding rate to 5mbps (recommended) in hopes that that might help. will have to wait to see results.

I considered getting a flash drive, but Tablo recommends against it, but assume they really mean to recommend against a USB Stick type flash drive, while what I had in mind is a SATA3 drive in a USB enclosure.

I see a lot of people are having trouble with 2.2.1.8 and that is indeed what I have now - I didn’t notice the update.

There are no problems with the picture and sound when this happens. They are both clean, there is not the typical weak-signal big-pixel stutter effect that you might see on a weak channel.

I’m not sure if it also happens watching live, as I typically don’t watch live, although I sometimes do and I will make a point to observing the next time I do.

Send a copy of your post to the support team.

I have a 4-tuner Tablo. Sorry to hear about your troubles. Do not power the hard drive from the Tablo USB port.

You can safely set the recording quality to the 1080 8Mb stream I do and have no trouble recording 4 channels and streaming up to 3. Your network is the most important component in streaming, BTW.

As for the hard drive making that sound, it may have a power issue - so first, try powering it from it’s own power adapter. If that doesn’t imporive things, then for sure try with another hard drive.

And, as the previous guy observed, contact Tablo support directly. Just be prepared for perhaps a >24-hour turnaround, they’ve just released a firmware upgrade for Roku and … well, Murphy’s law.

Whatever you do, if Tablo Support don’t respond, don’t send a follow=up email. They have a terrible (IMNSHO) system that will put you back at the end of the line of you send additional emails.

Here’s another new symptom, and I will make a separate post because it may or may not be related…

I notice that now I am getting duplicate listings in Recordings/Recent. For every recent recording there are TWO entries.

If it is recording now, one of the two will have the orange “recording now…”, the other one doesn’t.

What do I need to do to power the hard drive separately? It doesn’t have a power connector - just a (micro? mini? I don’t want to take it apart right now) USB connector. So, I need some “splitter” to power it. A small USB hub? Something else?

Should I be powering the hard drive separately?

Maybe it is the hard drive, I put my hand on it, and it seemed to be “ticking” which could be retries.

If your hard drive is like mine, the only power option is via the USB cable, so there is no powering it separately.
The ticking you mentioned could be a problem.
If you’re hearing a pretty audible ticking noise, then the drive is probably having issues.

Tablo Support should be able to check your log files to see if your Tablo’s hard drive is causing problems.
Did you open a support ticket?

On most contemporary USB drives, if you shutdown your Tablo and connect to your PC, you should be able to examine SMART data and run SMART tests. That will likely show you if the drive is toast.

[quote=“Jon_Tara, post:1, topic:14690”]
SATA3 drive in a USB enclosure.
[/quote]Referring to a SSD SATA 3 drive? If so, yes that will work though its overkill on speed and not needed. I have considered it many times but worry about the re-write limits and longevity…

[quote=“Jon_Tara, post:4, topic:14690”]
What do I need to do to power the hard drive separately? It doesn’t have a power connector - just a (micro? mini? I don’t want to take it apart right now) USB connector. So, I need some “splitter” to power it. A small USB hub?
[/quote]Yes a small USB hub will work to power it externally. Have had to do that to get some drives to work with some of the newer ROKU models.

I don’t think I would mess with that permanently, and it does sound like you HDD may have other issues, but a powered hub could help test and determine the cause.

On most contemporary USB drives, if you shutdown your Tablo and connect to your PC, you should be able to examine SMART data and run SMART tests.

I just pictured myself receiving the need to format drive message after connecting my Tablo hard drive to my computer… and then clicking OK.

Sometimes we are our worst enemy. Oh the humanity!

Sometimes we are our worst enemy. Oh the humanity!

I’m not reading you’re posts for the rest of today.
I had a mini-heart attack.

Are philosophy and\or theology permitted at this forum? This is Justin Trudeau land after all… But then we are in Donald Trump land so it may equal out. We say “things are going south” when problems occur, does that mean when things get better they are going north?

I figured I was only stating the obvious. I guess not.

My point is, “be careful” in the process.

Thanks, great idea about checking the SMART data!

Well, it is completely unusable now. It will record for up to 10 minutes and then reboot.

I’ve disconnected, and contemplating whether to bother with technical support, or return it to Amazon.

I plugged the disk into my Mac Mini, it powers up, but doesn’t show in Disk Utility. Will I need some third-party software to view the S.M.A.R.T. data? If so, recommendations?

Update: I downloaded DriveDX. But it’s no more able to see the drive than Disk Utility. I unplugged and plugged the drive again, and I get a popup “the disk you inserted was not readable by this computer”.

So, my Mac saw the drive, but there doesn’t seem any way to get the SMART status without reinitializing it.

If I initialize, will I be able to use it with Tablo? Obviously, I would lose the data

To be sure, I plugged it into a powered hub (rather than directly to Mac Mini). Same thing.

I would try a new hard drive. From the approved list.

@Jon_Tara - If you haven’t already contacted support, please do so. I’m sure we can get things sorted out for you: www.tablotv.com/ask-tablo

My hard was purchased recently at the same time as the Tablo. It is the “most-approved” model - WD Elements. Though I got the 2GB, I guess the 1GB is the most recommended…

If your hard drive is like mine, the only power option is via the USB cable, so there is no powering it separately

??? Would a USB Hub power the dive and still work on the Tablo? 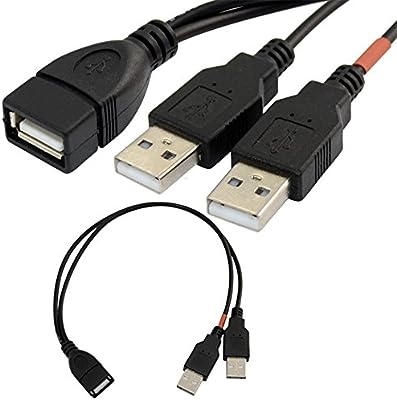 Since you haven’t posted in 7 days, hopefully you & Tablo support got your issue resolved.

But it sounds similar to the experience I had with HDD’s going bad. I had 2 HDD’s go bad in the first 6 months of purchasing my 4-tuner. Both times were during periods of heavy recording. I never got Tablo to confirm nor deny but I firmly believe it was due to over heating issues both times. After the 2nd HDD failure, I turned my Tablo on it’s side & noticed that this keeps it from running as hot for the heat sink plate is more exposed. It has now been over a year & my 3rd HDD is still working fine.