I have a fairly long history with DVRs. First DirecTV TiVo’s, then Dish Hopper, then DirecTV Genie. All of them had this feature. It makes skipping commercials much easier. The average commercial break is about 2:30-3:00 mins. So 5-7 30 sec skips, vs 15-21 10 sec skips (please no comments on my math

Just an aside…why did you decide on a 10 sec skip forward?

Do you have a remote that you can program a macro or sequence? I programmed our Harmony 650 remote to advance 12 clicks (2 minutes) and then ok with a sequence (macro)

What playback device are you using?

Sorry, should have mentioned that. I’m using Roku 2 and 3.

I do use a couple of jp1 remotes, so a macro was my next option. But, especially the Roku 2, is sometimes slow to respond to IR, so It might be hit or miss… eventually I’ll be upgrading the 2…

Sorry, should have mentioned that. I’m using Roku 2 and 3.

Try using the FFW/REW buttons instead of the directional navs. 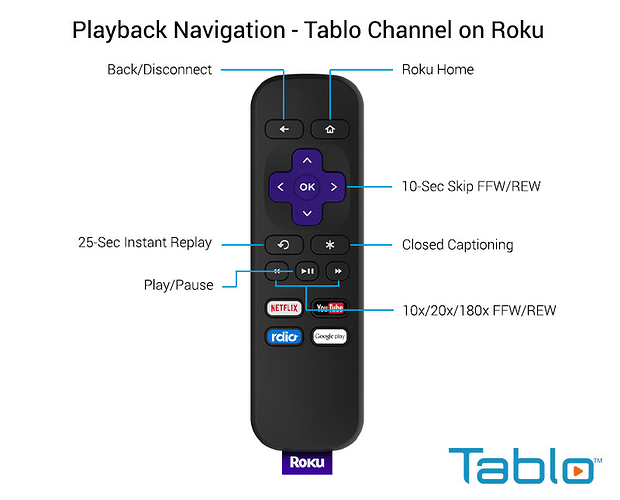 That really doesn’t apply to my situation? There is no easy way to control how far it advances…unless I’m missing something.

You’ll just need to hit pause or play when you see the commercial is ending.

Okay, just tried it…do the thumbnails only show on previously recorded shows? When I was trying things last night I was watching a currently recording movie, about an hour delayed. I was not getting any thumbnails.

This works, but my preference would still be for a 30-sec skip, especially for live buffer. Am I the only one?

Is the 10-sec skip a Tablo or Roku feature?

Is the 10-sec skip a Tablo or Roku feature?

This is embedded directly in the Roku player. We don’t have the ability to change this without implementing a completely custom player software on this device.

do the thumbnails only show on previously recorded shows?

Yes. The recording must be complete. https://www.tablotv.com/blog/tablo-faqs-why-dont-i-always-see-ffwd-previews/

Any developments on getting the thumbnails to generate after you manually stop a show from recording? This would be really helpful when you are watching the show delayed so you can skip commercials, which is one of the benefits of a DVR. Without thumbnails you are advancing through commercials blindly, with no control, unless you count the clicks on a Roku, which is very cumbersome. And then if the length of commercials varies, you are either too far past, or not far enough. It sure would be great if you were watching a 2-4 hour show delayed by an hour or so (like a football game), and you could manually stop the recording and then start it recording again, wait 5 minutes, and have thumbnails on the show you just stopped.

Any developments on getting the thumbnails to generate after you manually stop a show from recording?

Yes! In the upcoming firmware release we’ve made the ‘recording complete’ process a bit smarter. In previous firmware iterations a ‘stopped’ recording was deemed to be ‘failed’ so we didn’t bother generating FFWD previews for it.

With the new firmware we’re differentiating actual failed recordings from ‘stopped’ recordings, so depending on tuner availability, the thumbnails should be there shortly after you’ve stopped the recording.

Yes. The recording must be complete.

Would it be possible to add thumbnails to live buffer or recording?

Since thumbnail generation is done by going through a recording a second time, there is no way to do it with live tv.

Time to break out this gem 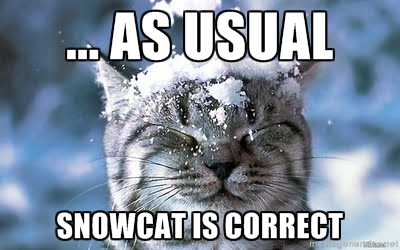 Since thumbnail generation is done by going through a recording a second time, there is no way to do it with live tv.

I hate to be the bearer of good news, but each live TV segment is 6 seconds long, and a completely separate file from the rest, so, yes, it does require a second pass, but you don’t really have to wait until the entire event has completed recording.
They just didn’t do it that way.
But now they know how.

I’m not home to test it, but does the Amazon remote work this way too? The FF/REW controls were one of my few complaints, because it seems I’m either 15 seconds into the show or have another 15 seconds of commercial to watch. Thanks!

In case anyone else finds themselves here and wants to know, the Fire remote works the same way as was shown for Roku. In fact, holding down the right side of the ring until you see your show and then bumping left to get to the end of the commercials may be a better way to go, rather than messing with the Fast Forward and Rewind buttons.