Why is the tablo always pausing and buffering?

Your corrupt recordings could be due to a weak signal coming in off your antenna. Buffering is most likely due to issues with your network. If your Tablo is on wi-fi, hard wiring it to an Ethernet port will likely make a huge difference. The Tablo support folks are very knowledgeable and helpful, so you might check with them as well.

Tablo is not without its faults, but I’m having really good success with it, and the video quality is just incredible. It was the last thing I added to my setup that finally allowed me to cancel DirecTV after 19 years, and I couldn’t be happier.

I have had the Tablo for over a year and I have no buffering issues.

Ok, perhaps I jumped the gun on blaming the Tablo, perhaps the chrome cast was at fault. More on this in a minute

I have a 2 tuner version and the signal in question is very strong, so strong I had to turn the antenna away from them to avoid over amplification. The towers are almost ( few trees in the way) visible 4 mile from my house. The Hard drive is a seagate backup plus slim 2TB I picked up today. Yesterday I picked up the much more robust backup plus hard drive only to find out he Tablo needed old technology to work…

While my Tablo is not hard wired ( yet) I have a robust wireless network based on an AC1900 router with 3 antennas There are only 10’ and an oak floor between all devices two of which ( my lap top and the Tablo) are connected to the 5G side with the Chromecast being the only thing connected to the 2.4 GHZ side. If I can find my RJ45 termination tool I will connect the Tablo directly to the router and see if that helps.

I will say that we do a lot of streaming to the chromecast from the play store and netflix and we do not have these buffering issues. yet when I play the exact same show back on my laptop instead of casting the page it seems to be playing flawlessly and lag free.

Please try playback on a laptop, desktop, Fire TV, Roku, iPhone, iPad, Android phone or tablet. If it also having problems there then we can talk.

Chromecast playback has been hit or miss for many users.

winegard freevision air antenna, Model # FVHD30H matching winegard boost XT amp going to a 2-3 BD loss 2 way splitter that splits again just before the Tablo. It’s a faily balanced run because one side of the splitter hits a 50’ run of coax and the other goes to a 12’ run that splits into 2 two foot runs. I am debating getting a bigger/ higher gain antenna but all but one of the channels I want come in flawlessly and no that’s not the channel in question here.

See my above comments, It’s playing fine on my laptop yet the tablo is the only thing that problematic with the chromecast… I don’t really want to spend $100 on a ROKU

WHEN the current beta is released, there will be support for larger drives. They have tested a Seagate 5 TB drive and it works without any problems. I think it will be early August - it was supposed to be released in July.

I got a Fire TV Stick for $39.99 at Best Buy. Amazon also sells it for only $39. I needed it NOW as I am going on vacation and want to bring it with me. There has been NO problems watching Tablo using the Fire TV Stick as long as I didn’t play a game before. If you get a Fire TV Stick, you need to go to settings / developer options / enable unknown sources so it will install the video player.

My Tablo and Roku 3 and Fire TV Stick are connected wireless using the 5 GHz network and there is no buffering. The only buffering I get is when the signal is bad. I have a Mohu Leaf 50, that pulls in a station, but after the 4 way split in the Tablo, the signal is to weak for it to tune. So I connected it directly to a TV and got another indoor antenna for the Tablo - no big deal that I’m missing the channel - shows I would watch but not record. There’s only so many hours in a day, and I work, eat, sleep so that doesn’t leave much time except the weekend, which is why I cut the cord in the first place.

I think we are in the same boat as far as time to watch TV goes, I only really care about recording 4 notwork TV shows all of which are on strong clear channels and to that end I feel like a 2TB drive is more than enough recording time for me. I only wanted the bigger drive for it’s faster read/write times larger form factor providing a more robust drive. Had I known I only needed to wait a week I may have considered spending the extra $50 on a 4TB drive but after spending $100 yesterday I might just leave it alone.

I know a Firestick is only $40 but I already spent $35 on a chromecast that works fine with every other casting app I have. It would appear the real problem is the TABLO app, not the hardware…

So it would appear the problem is the app/chromecast interface. The web app was unusable with a chromecast and casting from my phone was annoying with 2-5 second pauses every few minutes but at least it’s a watchable playback as long as you don’t want to skip forward 30 seconds or fast forward though the commercials both of those activities will dick it up so bad that you will be forced to start restarting things.

I know I could go buy any number of other devices but part of the reason to cut the cord was to save money not keep going out and buying something new to make this work… Netflix, google play and youtube all work flawlessly with the chromecast on my network. and I have done regular tab casting from random websites with nary a glitch so the problem is clearly the TABLO app,

I really really want this to work and I think Tablo has a great start and a great idea. I just hope as soon as they finish with new firmware that an improved app is right behind it…

Please do a search of these forums and see the many users with Chromecast issues. The WiFi antenna in the Chromecast is quite small and does not provide adequate bandwidth, especially when on the 2.4 GHz network for Tablo content. Please try a Roku or Fire TV - return it to the store after if you don’t like it, you generally have 30 days to return.

What recording quality do you have your Tablo set to? I recommend you try the “720p Roku / Chromecast” setting. This is not selected by default. 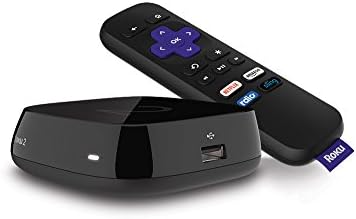 Austin, TX has MOVIES! and PBS sometimes has things I’m interested in. Some of the movies are on while I’m working. MOVIES! is an over the air tv station on a fox sub-channel.

The 5 TB was $119 something at Newegg on Ebay (Newegg.com has it higher)

The Fire TV supports both 2.5 GHz and 5 GHz WiFi. Also the instructions saw to use the HDMI extender to improve WiFi. The main reason I got the Fire TV Stick is because it has Tablo Connect (view away from home if paired). I don’t know if Chromecast does, but do know the Roku does NOT.

@BigLou80
With the Fire TV Stick, when running it on the 2.4 GHz WiFi, I had tons of buffering problems. I upgraded my router to a TP-Link TL-WDR3600 and put the Fire TV Stick on the 5 GHz WiFi and all my issues disappeared. So yes, this is a point and case where poor WiFi was the issue even though I could stream Netflix perfectly fine on the 2.4 GHz WiFi before upgrading.

A great router for cheaper if anyone reading this thread is interested: 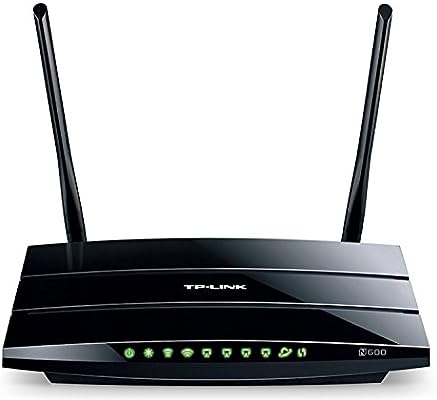 What This Product DoesTP-LINKs TL-WDR3600 is a performance optimized simultaneous dual band wireless router combining the blazing fast speeds of 300Mbps using the crystal clear 5GHz band and 300Mbps u ...

Thanks for all the replies,

I changed my chromecast settings from 720 to 720p high bit rate and in 20 minutes im on a show with no buffering and no pauses… I am cautiously optimistic that the problem may be solved as 20 minutes is a record for problem free playback.

Does anybody know if the next firmware update will allow for multiple drives ? rather than loose all of my recordings on the current drive it would be great if I could expand the capacity by simply installing another drive.

That’s odd. Under the Tablo Settings, I use the “720p Roku / Chromecast” recording quality and the video size is not smaller on any of my playback devices - Roku 3, Fire TV, Fire TV Stick, iPhone, iPad.

Where did you change the Chromecast settings exactly? From “720 to 720p high bit rate” as you said? Are you casting to the Chromecast from your Android phone using the my.tablotv.com website via the Chrome browser rather than using the Tablo Web App?

The next firmware update will include support for drives larger than 2 TB, but no multiple drives. In the meantime, I have found the most user friendly tool to save recordings off your Tablo is Tablo Exporter by Jestep, see the link below:

EDIT: I changed the name to make it more easily visible  Cross platform  No need to install anything other than this Java App ;) Well, maybe I lied, you would need the latest Java 1.8 and it is a bit larger than a text file comes in at about 55MB :-P But I think working cross platform makes up for that.... Currently testing on Windows 8 and Mac OSX.  [image]

you need to download the chromecast extension/plugin then you just go to settings and there it is. It’s working so well I might try to watch another show. I was even able to use the web app to skip back and forth.

While one show isn’t much of a test I’m curious how many other chromecast issues are due to a similar issue… I think having the Tablo stream at a 5 Mbps rate while the chromecast is set for 3.0Mbps is bound to be problematic.

If this continues to work this well I will take back my blaming of the Tablo.

Well it’s kind of hard to blame the Tablo when the device you are casting from, say an Android phone or computer with a Chrome browser, plays the video just fine when you’re not casting, no?

@BigLou80 I had the exact same problem with Chromecast. It just can’t keep up with the high quality recordings of the Tablo. If you want to use the Chromecast you have no choice but to use the 720 Chromecast setting which greatly reduces the quality OR you can do what I did and get a Nexus Player and sell the Chromecast. The nexus player will cast without buffering to stopping AND you can use the native Tablo app on it with the remote. It is so worth the extra money. You can even run things like Kodi on it now