What is the Orange flag to the left of my live channel listing? 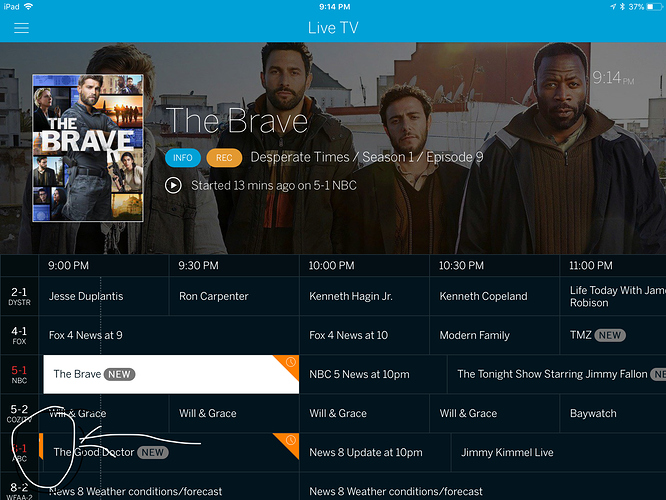 OK, l just learned how to do a screen capture on my IPAD and load it in a message. Now the question, what is the orange flag circled above?

Did someone record Dancing with the Stars which started at 7PM on ABC?

Hey mate, it’s just the right edge of that orange triangle (for scheduled show) that ended just after 9:00 pm.

Thanks, your right. I just had not noticed it before. I don’t spend much time watching live tv.