Moved houses, blew out my network closet (physically & electrically) during storm, no decent antenna up yet. Using an As Seen on TV that was picked up used at garage sale.

The network closet took a big strike / surge. All the wall warts literally exploded, as did the 3 isobar strips which all were plugged into. The equipment itself, even hard drives, seem to be unaffected. I credit this to better than average chinesium used in the supplies and that I had put ferrite cores onto the DC supplies. Insurance co cut a check for all, as they were convinced everything would fail in future.

Where am I going with this? My Taboo 4 tuner went out of warranty last month. Insurance has already paid for the eventual replacement. Now I plan on using it, and other equipment, as guinea pigs for power distribution and protection. Will also be playing with optimal voltage and resulting changes in device performance and heat generation.

Gonna take 1 for the team and start using dc-dc converters, fed from 6/12 volt battery. Will also be fusing both sides, using ferrite donuts (toroids), and will be researching adjustable crowbar (google it).

What would you try if in my shoes?

Sounds interesting. I wouldn’t attempt but let us know how it goes. Best of luck! 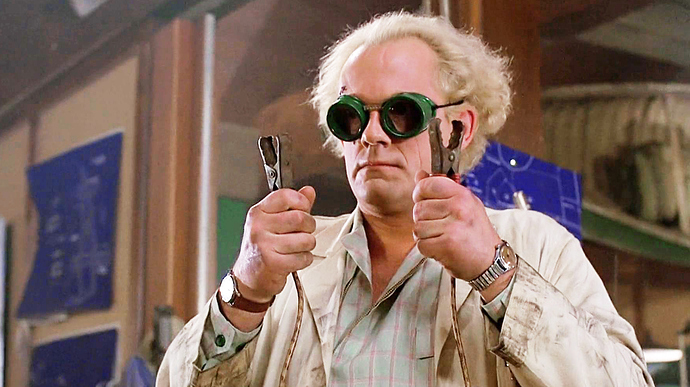 What would you try if in my shoes?

Consider a rescue pet and move on in life😋…

) 2 sons, wife, SIL, Amateur Radio stack, smallish antenna farm growing in the attic, 5 cats and 3 dogs (all are rescues and belong to various family members), Tablo, and network closet for the house I dont have time for much more.

But I do find / make time for projects that have potential for great rewards. Reducing number of wallwarts plugged into my overloaded UPS (17 on 4 isobar strips now…) and scaring the beejeezus out of teenage trick-or-treaters are high on the list.

Post under my name titled Backup Power or similar. Haven’t added battery yet.