I’ve been around for a few years and I record shows off of CW. Originally the only option I had was a sub off of Fox that was at 720…about a year ago I noticed that another channel altogether had CW as the primary at 1080. Recently after a rescan I noticed that the sub off of Fox was now also 1080 (interesting since Fox is still 720)…but I now have two channels that purportedly provide the same content, both have 5 green dots, same resolution…should I leave both enabled and let the Tablo decide which one to record off of…stay with the one that’s the primary channel…switch to the sub…is there a way for me to tell which one of the two is the better? I suspect that they might have different commercials, but I can’t even be sure about that…

I just turned it on on two different devices, one on each channel…even the commercials are the same…so, is there a reason to keep both? I know the Tablo will need to download schedules for each channel…which means extra download needed for the same thing twice…needed?

is there a way for me to tell which one of the two is the better?

You know this… better is relative - which ever best suits your needs. I could tell you a Linux based OS is way better than a Windows PC… but if it doesn’t suit your needs, then it’s not the best choice for you

Maybe this will help. Per my HDhomerun and my antenna and my location in the city 21 is a stronger signal then 57. It may not be the same for you. (tablo shows 4 green dots for both). 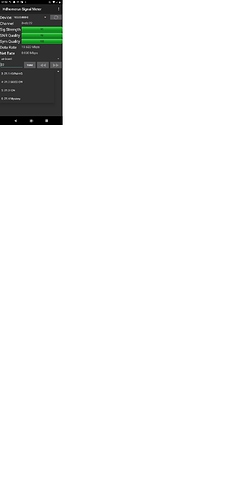 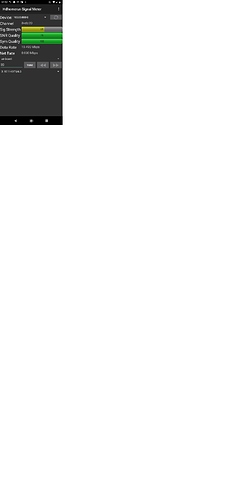 That is a darn good question
@TabloTV, what is that algorithm? I’ve got two stations same call sign, same shows, same resolution…I don’t see a reason to have both in my channel lineup, but I don’t know which one is ‘better’ from recording a stable show off of…can you share what the Tablo itself uses as a determining factor on which to use?

@TabloTV, what is that algorithm?

It’s less of an algorithm and more of a hierarchy which is as follows:

This is also one of the many reasons why we want to provide more in-depth signal strength/quality data on the user end so they can make choices like this.

Where do I see what Tablo has for aspect ratio for a given channel?

I have two Fox channels, I like having them both in my line up as outside of prime time they show different things at different times…

However, when I scan for channels, they both apparantly come in with similar enough specs that it falls to channel number, choosing “6” over “54” in my case.

Problem is, even though when I scan, they have the same signal, in the evenings, 54 comes in with a LOT less pixelation.

If I scan for new channels in the evenings and add both, then their priority works and chooses 54 but if I scan in the evenings, I have other channels that dont register high enough to make the list at all…

I just remember if I schedule any new show for FOX, I have to go in and tell it in options to use only 54.

exact same pixel ratio, (which would be pretty rare)

I’m confused by these…yes, I would expect the aspect ratio to be pretty standardized…but Tablo here is saying it would be rare to have the same pixel ratio, especially if both are 1080…now…the real question is this portion

do they use the same generalized reg/orange/green to determine signal strength, or do they actually use a VALUE that they don’t give us access to?

So…according to andersonas25, Tablo always picks 57…despite both being 1080 and ‘full strength’…

I just told mine to record a show that was on both and it recorded on 21.2…so I guess I’ll just keep 21.2 as I have no need for both channels being the records I have found online show that they are simulcasts.

exact same pixel ratio, (which would be pretty rare)

I’m confused by these…yes, I would expect the aspect ratio to be pretty standardized…but Tablo here is saying it would be rare to have the same pixel ratio, especially if both are 1080…now…the real question is this portion

To be clear, I meant to have ALL of the above elements be the same. Not just pixel aspect ratio.

Ok…for signal strength, do you just use the 1-5 dots or do you use an actual numerical value that you store somewhere but don’t display to us?

I always thought it was strange that the FCC web site does not list 57.1

for signal strength, do you just use the 1-5 dots

Yes, it’s based on the dots.

Does it really matter since it is a point in time in the past and does not represent current real time conditions.

When is tablo going to poop out a new release. That should cause a new set of interesting threads.

When is tablo going to poop out a new release. That should cause a new set of interesting threads.

When is tablo going to poop out a new release

just today I saw beta threads for 2.2.27…I’m just not sure how to get my hands on that beta