I have either a Roku Streaming Stick or FireTV 4K Stick on my TVs (a couple have both), and I use those to stream Tablo to my TVs. The Streaming sticks are the “cable box” (whether you are using Tablo for the programming or you are using something like YouTubeTV or DStream or other service).

My average bill is less than $10 per month (for my streaming services - I only subscribe to one at a time), and I could probably live without them with all the free stuff like Pluto TV, Stirr, and others…

I remember watching on youtube of a tech that was interviewed and the people that did the downloads of kodi , it was insane like those people didn’t see nothing wrong and they’re like it’s not illegal. crazy stuff. so, the reporter would go on and look at the chat and different things and she could tell like what the heck is everyone doing. This was in texas too. if a techie telling people not to do it, then I wonder why people would want to do it.

Not sure if you are young enough to remember Napster…everyone shared music online, and everyone thought it was “legal”…until it was proven in court that it wasn’t.

There was a wise man that started Cord Cutting News a few years back, and he had a saying, “If it sounds too good to be true, it probably is.”

Nothing is free. And if company “A” sells something for $50 and company “B” is selling the exact same thing for $5, there is probably something wrong with it. Usually the “great deal” is $45 instead of $50…

You started this wanting to promote Tablo and/or OTA viewership? How is youtube’s censorship “too much” compared to the broadcasting networks?

It isn’t “evil companies” out there trying to rip off people. Each channel has a cost to the cable company or streaming company.

In the context, it cost to produce and distribute content. Of course corporations purpose is to generate profit (almost by any means LOL).

Toss in the “evil”, there’s 3-6 major media corporations deciding what Americans, maybe the world gets to watch. With all the little social engineering or political views, social perspective. This includes what was once known as news.

I change subscriptions between Hulu, Paramount Plus and a couple of others to binge watch shows that I miss.

I find I hit-n-miss with services too. I realize I spend (too much) time binge watching one and haven’t use another for some time so I cancel it… maybe pick it up again a few months later. I think part of this come from a generation - watching you money, what’s getting paid “automatically” and knowing where your money is going.

But the biggest question is this. What is a cable box?

In the context of “own the box” it’s whether you have to pay another $120/yr to the corp to use their service. It allows them to advertise their service $10 less than what it actually cost to actually use their service - hidden fee. If it’s a cable “modem”/router/wifi access point, well it’s likely not the quality you really need.

and then this happened 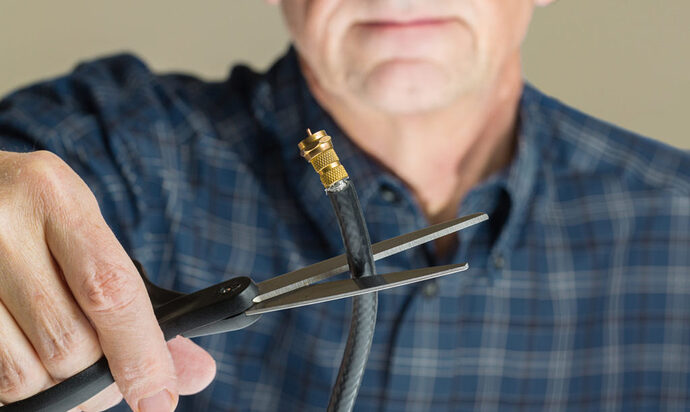 Next month will be the start of my seventh year as a cord cutter, and that move led to the launch of Cord Cutters News. My goal at the beginning was to offer a positive look at cord cutting. It was not that long ago that most cord cutting news...

Today, I am excited to announce that the Cord Cutters News’s website has been sold to Red Ventures.

It is where I discovered quality information about Tablo, before here. After the transition it hasn’t been the same. Even though there were a bunch of

heads, shutting down comments… I do miss Luke’s articles. If you click on his name in that post you get a 404, seems they want nothing to do with CCN’s beginnings.

My point is that no one reads reviews of anything, they see stuff and go for it. Youtube is censoring comments on that site for specific reasons.

My point is that no one reads reviews of anything, they see stuff and go for it.

True! There are many posts from irate user because their tablo doesn’t work how they think it should. While most of their issue are clearly stated on the product page… much less a few clicks/taps here and there.

people need to stop complaining . this forum is decent. I can’t say for all, here in Philadelphia people at most and I am not going to say where, they wanted only to pay a flat fee rate, some don’t look at their billing statements, if most of them did the math, and took a look at their equipment it would make a difference.

People like my mom , I finally had enough and showed her the math what she is really paying.

The other problem is I would get questions. Do you get this channel and that channel? Now my answer is this. I will come out for a rate of $50 per hour and take a look. People need to appreciate for someone like me or some others on this forum. If people say screw that they’re not paying, I say good luck and have a stupendous day. People, at least some feel their entitled because they have been ripped off. Not a chance, you either respect me or go ahead and get someone shady and ruin your current situation. ty for allowing me to vent