Which model do you have? The HDMI or Networking Model? Did you format the storage during setup?

Duo HDMI. It worked fine after set up and recorded well for weeks. Have several shows scheduled but it doesn’t record them., they show up as scheduled and are underlined in the guide. Yes, the drive was set up and appears in the settings.

Try Live TV, that would at least verify that your tuners and hard drive are working.

Live TV seems to work fine. Tried to record from Live TV by choosing “record” not “watch” and it didn’t work.

I think you’re going to need to call support on Monday.

The only other thing I can think of is to actually unplug the Tablo for a minute (rather than just restarting it).

Tried that and it didn’t help. Will call on Monday, thanks.

Wonder if you have a database corruption issue, the recorded shows may be there but not appearing in the recordings area? Tablo support should be able to get to the bottom of it.

What brand and size of harddrive are you using?

On the settings page does it show your harddrive and show the amount of space remaining?

Is your harddrive powered from your Tablo or does it have a separate power supply?

Have you tried a different cable from your harddrive to your Tablo?

Yes, it shows up in the settings and indicates % of usage (very low everything about a month old)

Using cable supplied w drive, have not tried another.

Everything worked fine out of the gate but stopped recording last week. 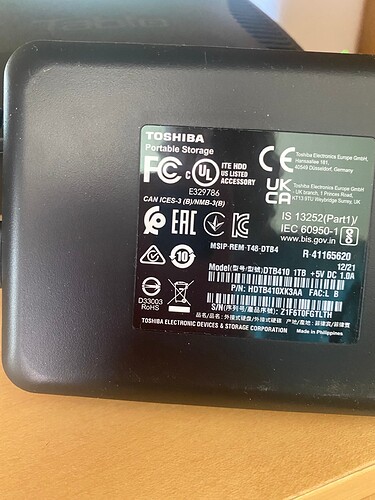 Have you tried unplugging both ends of the cable to the harddrive? If you don’t have a different cable to try, then it’s possible that it’s just a bad connection on one end or the other.

If this doesn’t help, then contact @TabloSupport and they should be able to look at the internal logs on your unit on Monday.

Contacted Tablo support and they used MAC address to contact the Tablo. They got back to me telling me that the HD was bad, I didn’t buy it since I had just swapped it out for a new one. I shut everything down then restarted the Tablo and it began recording again. I now believe that the original HD was bad and when I changed it out I didn’t reboot and restart the unit properly.