Some Suggestions for Future Features

Just noticed this section so I will list what I wrote before an some more features.

Well, I am sure this is enough ideas for now - I will post more if I think of them and if there is already one or more of these features, please point me in the right direction to use this feature(s). Thanks - really loving Tablo as I was a wiz (IMHO) with TWC DVR some years ago when my husband worked for them (so much so he told people he wish he could give them our phone number so they could as me how to do …). Perhaps TWC now has features like Tablo but for me, their such an improvement over my use of TWC DVR. Thanks again, Jan

(8) That catches a lot of people. To watch live TV on those devices, tap the channel, not the show itself.

(13) Since the Tablo folks are pretty generous with their subscription policy (pay per user rather than per device), I wouldn’t expect a trade up option. There was not one when the 4 tuners were sold. I also don’t expect a 2nd gen Tablo anytime soon. 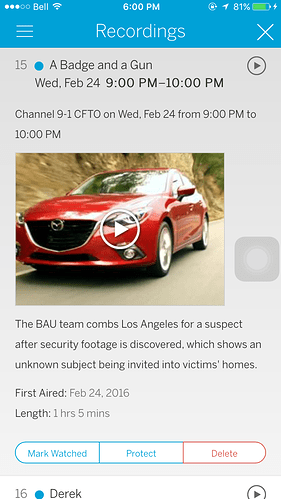 I don’t know why the text is so big, wasn’t intended lol