It would be great if Tablo had an HDMI or composite input and the ability to record whatever was being input to that at a specified date/time/length. Then allowing the user to name the recording would be a bonus as well.

It’s a cool idea, but would be a “new device” (frame grabber).

(somebody on this forum builds such devices)

To record what? BluRay content is protected so you can’t record that.

Well, it’s fairly trivial to record anything you want really… I’ll not post the details, cost might be $20 for a part available pretty much everywhere.

What you are looking for is a video capture device. Most require a computer but a few can work as a stand alone device. I was looking at one for as a VCR replacement for my wife’s aunt. She uses minimal cable (below basic, locals only). It used to have some unfiltered OTA channels when I set the TV to antenna but it did not work the last time I tried.

I settled on the HDML Cloner Box Pro by Cloner Allince. 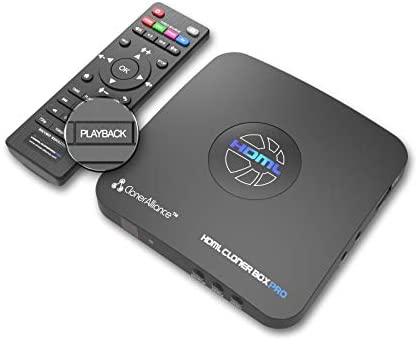 Don’t let the name fool you it still has the digital copy protection for the HDMI input. I chose it for the following reasons:

There are downsides too:

I ended up not getting it because I was able to get her VCR going again.