Recordings not showing on Tablo app for the Roku

I have recorded several programs on my Tablo using the Roku app for Tablo as the interface to the device. The problem seems to be that once programs are recorded, they do no show up on the list of recorded programs on the Tablo app. I can access the recordings via my phone and iPad, so they have definitely been recorded, but the Tablo app on the Roku unit says that I have no recordings. Any suggestions?

Have you tried to (via the menu) tell the Roku app to disconnect from the Tablo, then find Tablos and reconnect? That should force a re-synchronization and maybe your show will show up.

I have exited the app to get to the Roku main menu several times. That did not change anything. I don’t know if that is the same as disconnecting from Tablo. If not, how does one disconnect the Roku app from the Tablo?

Seen “Disconnect” on this menu? 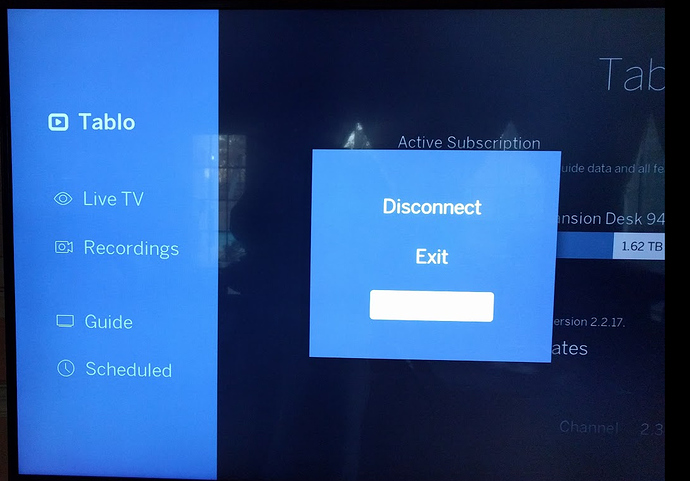 My mistake. I thought Disconnect was the question and the options were to either Exit or Cancel. I didn’t realize Disconnect was also an option. Yes, that worked. Thanks (and thanks for your patience).