Saturday Night Live (SNL) labels some previously aired shows as NEW.
These are edited shows from other Seasons; Tablo naturally records them.
So, on Saturday nights I end up with 2 shows.
The really NEW show and old (now new) show. 90 minutes and 60 minutes, respectively.

Is it possible to have a setting that only records shows from the Current Season?

That’s not something we support today (as you’ve found) but it has been a semi-popular request.

We’re almost due for another customer survey so make sure to request ‘record by season’ on yours!

Will surely do!
Thanks for your always prompt responses.

I support this request.

So does tablo list these episode numbers the same.

There are also special SNL programs that are new compilations of skits from previous years - like the SNL for mothers day. These could be listed as new.

It would seem that the new and nodups option could control some of this.

I am in central time and SNL has a 9-10 PM episode from previous years (the upcoming one is from Dec 2000). Then it has a 10:30 - midnight episode from the current season. Both are marked “new”, even though the first one is in the category “other seasons”.

As I said the west coast is special. 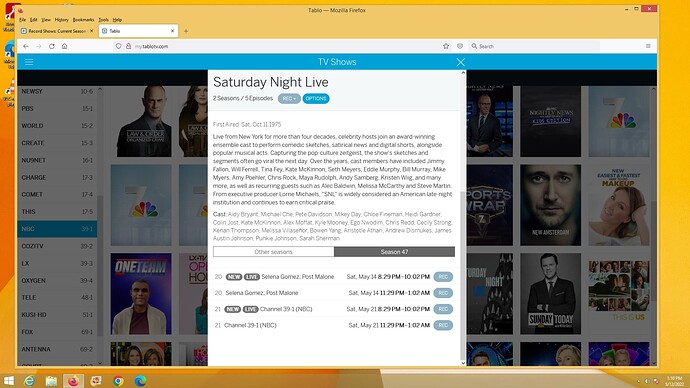